“That’s not something you see every day,” Walker said after his 46 points led the Hornets to a 140-79 victory Thursday night over the Memphis Grizzlies. “We played well. We knew these guys were short-handed with no Mike Conley and Marc Gasol, who are two awesome players. But we just handled our business.”

Charlotte Hornets’ Kemba Walker (15) celebrates with Willy Hernangomez (41) during the second half of an NBA basketball game against the Memphis Grizzlies in Charlotte, N.C., Thursday, March 22, 2018. (AP Photo/Chuck Burton)

The Hornets did so on a night in which they were without the suspended Dwight Howard.

“Tonight I shot the ball really well,” Walker said. “My teammates did a great job of getting me open. We just had to pick up our games because we knew Dwight wasn’t playing. I thought we did a great job doing that.”

It came one day after Howard’s 32-point, 30-rebound performance helped Charlotte rally from a 23-point deficit to win 111-105 at Brooklyn. But in the process, Howard was whistled for his 16th technical foul of the season, which meant he had to serve a one-game suspension on Thursday night.

Marvin Williams and Dwayne Bacon each scored 15 points for Charlotte.

“Two nights in a row it was fun,” Charlotte coach Steve Clifford said of seeing the efforts of Howard and then Walker. “I mean what Dwight did last night and what Kemba did tonight was just fun to watch. It’s deserving for both guys.”

Wayne Selden scored 18 points for Memphis (19-53). Conley (left heel) and Gasol (rest) remain out with injuries for the Grizzlies.

“Tonight we put on a performance that no one should be proud of and you can’t defend it,” interim coach J.B. Bickerstaff said.

The Hornets delighted the crowd of 15,033 at Spectrum Center – and themselves – in rolling to the big victory.

“They were out there just laughing,” Memphis guard Tyreke Evans said of the Hornets. “It was embarrassing. The whole thing. We’ve got to just wash this one away and just come back next game and be ready to play.”

Grizzlies: Bickerstaff was on the Charlotte coaching staff when the city returned to the NBA in 2004 and nicknamed Bobcats. Then a 25-year-old assistant coach to his father Bernie Bickerstaff, J.B. Bickerstaff was the youngest coach in the NBA at that time.

Bickerstaff was a Minnesota Timberwolves assistant in 2010 when Love was the last player to record a 30-30 NBA game before Howard did so on Wednesday night in Brooklyn. “I was actually with Kevin Love in Minnesota when he had the 31 (points) and 30 (rebounds) versus the Knicks and its mind blowing to think that it can happen,” Bickerstaff said before Thursday’s game. “And the effort that you have to put in to go it because people know what you’re doing at that point. So there are two guys that are boxing you out, three guys that are chipping at you, small guys on your legs. So you have to be relentless and you have to be motivated to go out and get it done – and then to go score 30 points on top of that. There’s an energy level that’s exhausting, but elite guys can do it.”

NOT TRYING FOR FIFTY?

Walker came out with 1:48 left in the third quarter and didn’t return, though Spectrum Center fans broke in “Kemba!” chants the rest of the game. Was there a chance he would return? “Nah,” Walker said. “I was tired and it was a back-to-back.” 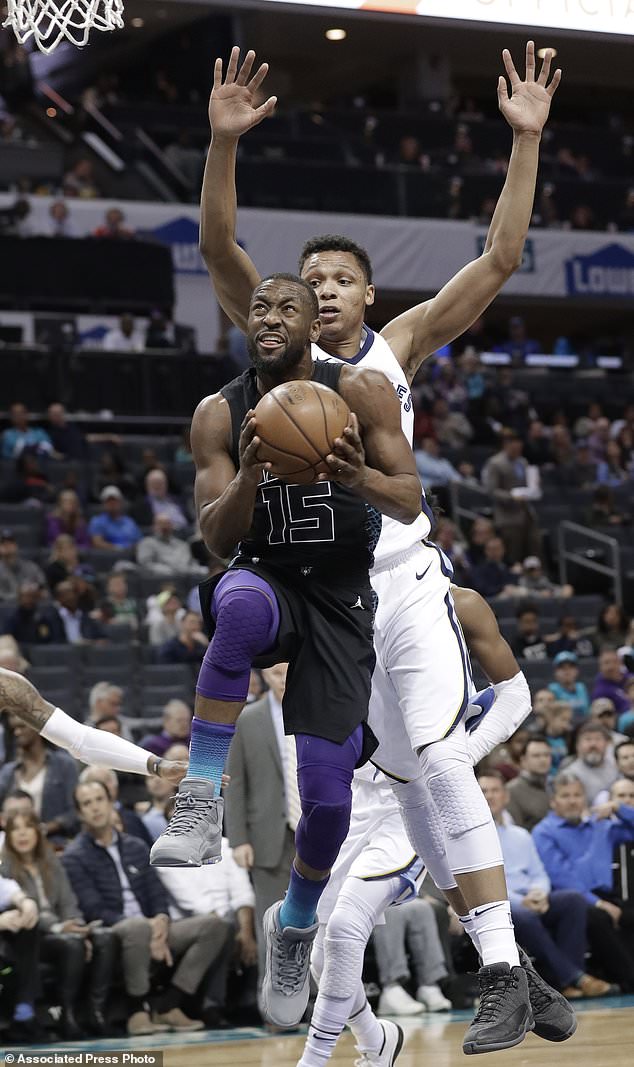 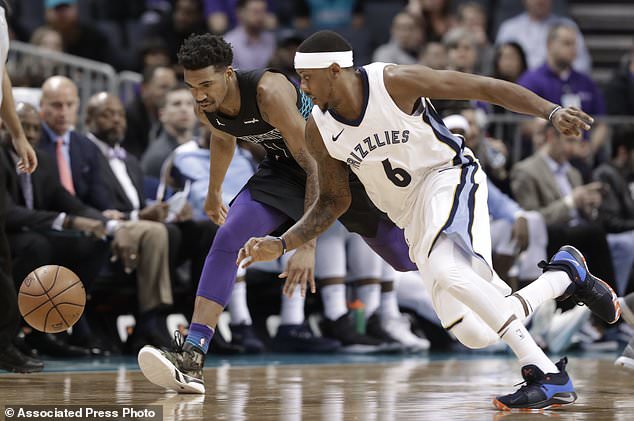 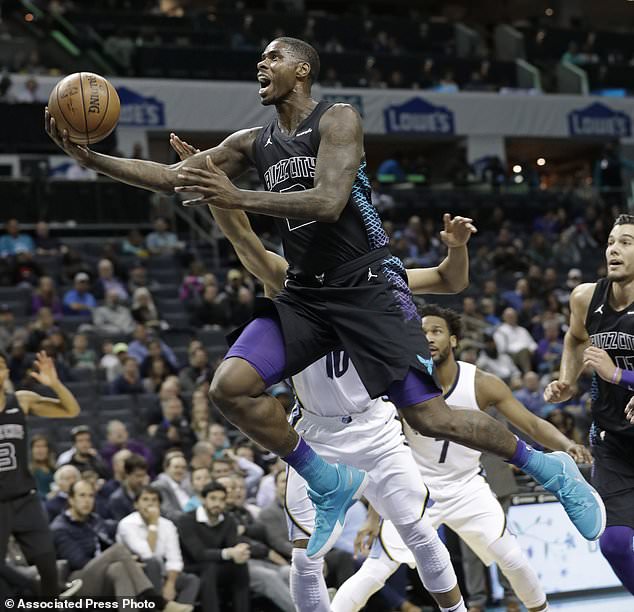 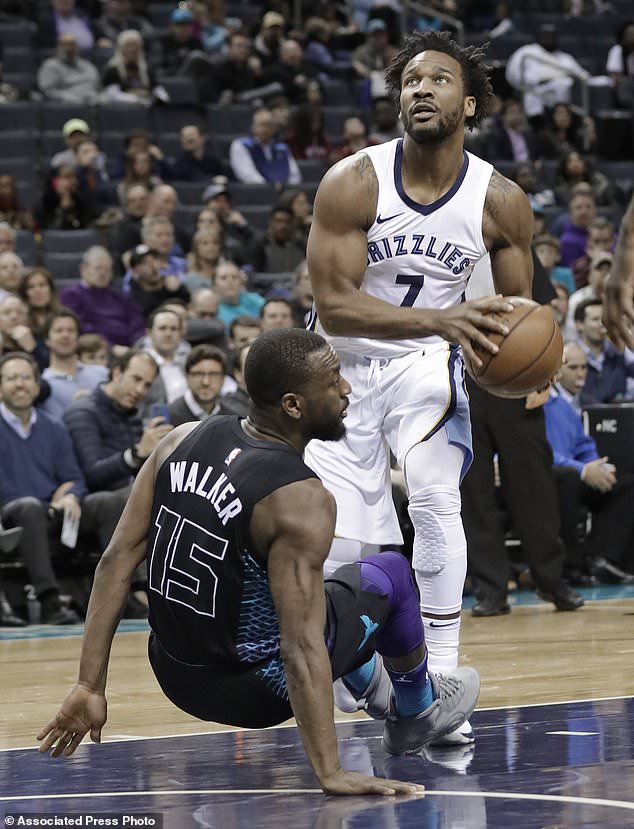 Memphis Grizzlies’ Wayne Selden (7) drives into Charlotte Hornets’ Kemba Walker (15) during the second half of an NBA basketball game in Charlotte, N.C., Thursday, March 22, 2018. Selden was called for a foul on the play. (AP Photo/Chuck Burton)