A Wall Street tycoon is taking a leave of absence from his fund a week after an explosive lawsuit accused his son of raping a former employee.

The lawsuit says that Bill Dawson, CEO of $2.2 billion private equity firm Wellspring Capital Management, mocked and threatened the female employee when she approached him with claims that his then teenage son raped her in 2014.

In a memo Tuesday, the company revealed the chief executive would be taking time with his family as the claims he threatened the former employee about her allegations are investigated.

The New York Post reports that the memo was sent to Wellspring’s limited partners, the fund’s largest and most important investors, and condemned Dawson’s actions.

Bill Dawson, CEO of Wellspring Capital Management, has taken a leave of absence from the firm following a shocking lawsuit filed last week which alleges he mocked and threatened a former employee when she approached him with claims that his then teenage son raped her

‘Mr. Dawson has chosen to take a leave of absence in order to spend more time with his family,’ Wellspring managing partner John Morningstar wrote, according to the Post.

‘We support his decision to recuse himself while this investigation takes place.’

Dawson’s leave of absence comes days after the shocking lawsuit was filed against his son Christopher.

It claims that when he was 18, Christopher Dawson drugged, violently raped and sodomized a 34-year-old former employee of his father’s.

The incident happened in Bill Dawson’s swanky Manhattan apartment on December 29, 2014, as he slept in another room, the lawsuit filed on Thursday claims.

Taylor Lawrence, Wellspring’s former head of investor relations, said that she went to the apartment to meet Bill Dawson after he missed an earlier meeting.

They had arranged to meet at a nearby bar but he told her via Snapchat he was running late because he had been drinking with his sons, Institutional Investor reports.

She went to the family’s East 72nd Street co-op when Bill Dawson failed to show up and asked the doorman to call him downstairs.

The suit claims the doorman said Dawson said she could go up and she took the elevator, where she was brought directly to the family’s apartment.

The complaint says she was met there by Christopher Dawson who told her his father was asleep and offered to make her a drink while she waited for a cab.

Lawrence then claims that the then 18-year-old became sexually aggressive with her, turning on pornography and exposing himself.

The suit alleges she then realized she had been drugged and was unable to fight the teenager off as he repeatedly raped and sodomized her. 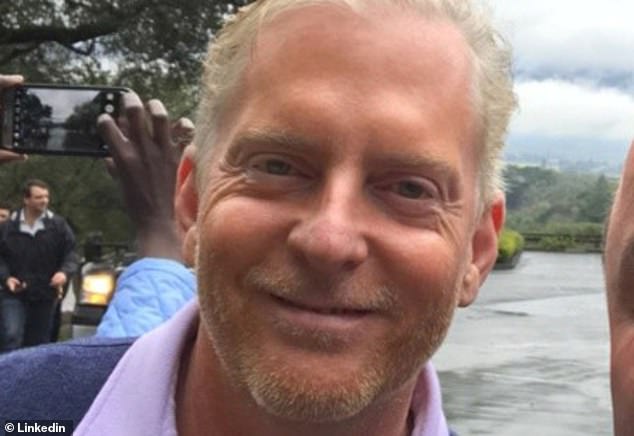 ‘I will destroy you. I will ruin you,’ Bill Dawson, pictured, allegedly said when Taylor Lawrence confronted him with her claims his son Christopher raped her in their family’s Manhattan apartment in December 2014. She filed a lawsuit against Christopher Dawson last week

She added that she was awakened by another son, William Dawson III, who told her she had to leave.

Lawrence claims she was wearing only her top and was covered in bruises when she was woken up.

She says she was forced to leave without her purse.

Lawrence said that when she reported the rape to Dawson Sr., he told her that his son had boasted ‘he plugged you in the ass’.

‘I will destroy you. I will ruin you,’ she claims the elder Dawson threatened after she confronted him about the alleged rape on another occasion in front of a Wellspring managing partner.

Morningstar condemned the actions of Bill Dawson in his Tuesday memo, the Post states.

‘These reports…allege behavior that is not only shocking, but completely inconsistent with our corporate values and standards, as well as our long-standing relationship with Mr. Dawson,’ he said.

‘Given this is ongoing litigation involving Mr. Dawson’s son and a former employee, and does not directly involve Wellspring, we will not be commenting on the civil litigation.’ 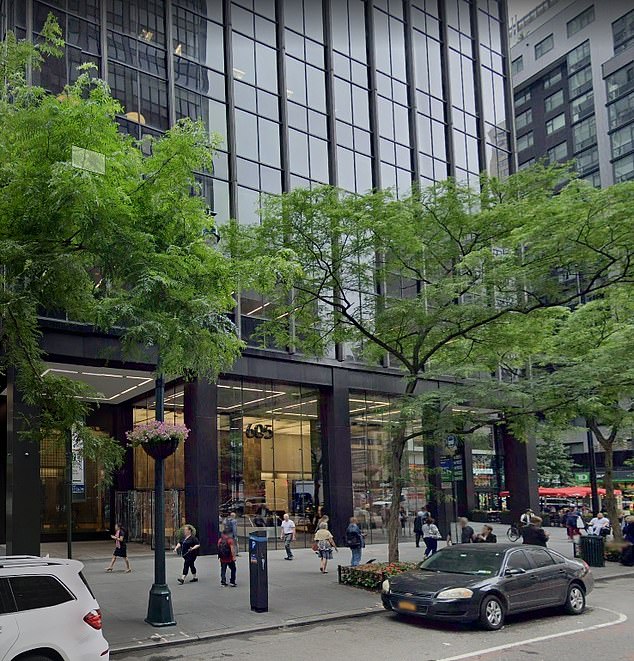 Bill Dawson is now taking a leave of absence from the $2.2 billion private equity firm Wellspring Capital Management, the company said in a memo to its limited partners Tuesday

Christopher Dawson is the only member of the family being sued by Lawrence. She has filed the lawsuit under New York’s Gender-Motivated Violence Act.

This allows sexual assault victims to sue their assailants after the criminal statute of limitations expires.

‘Christopher Dawson appears to believe that his privilege and wealth allow him to behave with impunity,’ said Lawrence’s attorneys, Douglas Wigdor and David Gottlieb of law firm Wigdor, according to the Post.

‘We look forward to using the Gender Motivated Violence Act to hold him accountable for raping Ms. Lawrence so that she can begin the process of moving forward with her life.’

The family has denied all the claims made by Lawrence.

‘The complaint is pure fiction intended as a shakedown and we will defend aggressively against it,’ they said in a statement.

‘The alleged event — said to have happened more than five years ago between a then 18- year old boy and a then 34-year old employee of the firm — never happened,’ it added.

‘Indeed, the employee, who worked at the firm for more than three years after the alleged event, never once mentioned it to the Dawsons, anyone in human resources or the police. The first time we heard anything about this was in June, 2020.’

Lawrence, who said she worked as the head of marketing and investor relations for the private equity firm from 2010 to 2018, is seeking compensatory and punitive damages.

She says that she did not come forward with the claims earlier because of Bill Dawson’s previous threats.

The New York Post confirmed that Christopher Dawson has since been fired from his job at real estate tech startup Squarefoot.

‘Christopher Dawson is no longer employed at SquareFoot,’ the firm said in a statement.