Former Wallaby Brett Sheehan has been warned he will go to jail if there is even a ‘suggestion’ of him committing another domestic violence act.

The 40-year-old must complete 100 hours of community service as part of a one-year bond imposed on Wednesday after he choked his wife Laura Sheehan at their Sydney home on October 24.

‘If you breach these orders or there is even a suggestion of domestic violence, you will go to jail,’ Manly Local Court magistrate Michelle Goodwin said on Wednesday.

‘The community will not tolerate domestic violence.’

The former NSW Waratahs halfback, who made seven appearances for the Wallabies from 2006 to 2013, blamed the incident on an increased dosage of mental health medication and fought to have charges dropped on those grounds.

When that was rejected in February, he pleaded guilty to domestic violence-related common assault and intentionally choking a person without consent.

He’s since undergone a 10-week anger management course as well as psychiatric and psychological treatment, his solicitor Mickaela Mate told the court.

The couple, who arrived at court hand-in-hand, are still living together and working on their marriage, Ms Mate said.

The incident at the couple’s Warriewood home was sparked after Sheehan found a conversation his wife had had with her sister about him on her laptop.

He aggressively stormed into the bedroom and confronted his wife before the two argued about relationship issues and their agreement to separate. 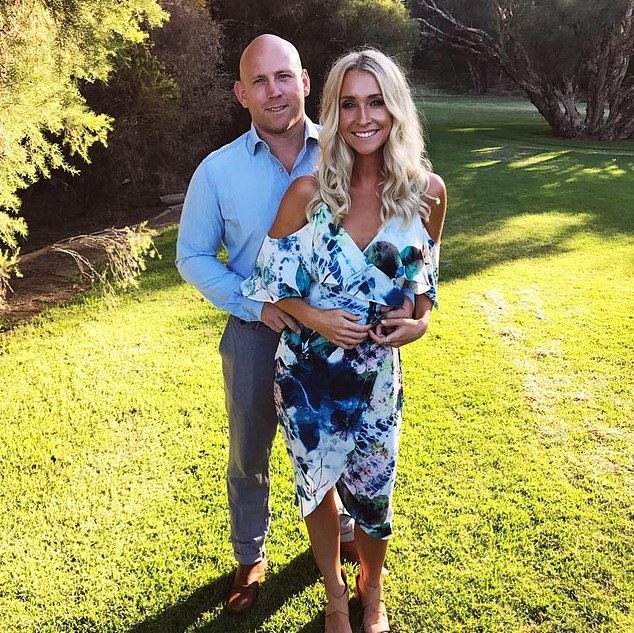 The ex-footballer straddled his wife on the bed, yelled ‘I hate you’ and choked her for about 30 seconds – leaving her struggling to breathe.

After releasing her from his grip, Sheehan grabbed his wife’s phone and went downstairs – only returning it to her when she threatened to alert a neighbour.

Sheehan followed his wife back upstairs, pushed her up against the bedroom window before standing on her leg and pushing her towards the bed as she cried for help.

Ms Sheehan managed to phone triple zero and lock herself in the ensuite bathroom.

While waiting for police to arrive, she heard her husband trying to get through the locked door before he left.

Sheehan was later found inside his car by police.

A police prosecutor told the court on Wednesday messages needed to be sent to Sheehan and the community ‘that mental health is not an excuse for this kind of behaviour’.

Sheehan has lodged an appeal against his conviction and sentence and that is due to be mentioned in the Downing Centre District Court on July 2.