This is the adorable moment that a hungry wallaby tried to get an afternoon snack the ‘human’ way – by going to the supermarket.

The wallaby can be seen hopping around a supermarket car park in Ballarat, Victoria.

He ducks and weaves his way through people, cars and trolleys on his way to the air-conditioned store.

A hungry wallaby decided he wanted to change the way he foraged for food in Ballarat, Victoria

The animal tries his best to follow pedestrian etiquette but misses the crossing by a jump – and he definitely didn’t look both ways.

After a dangerous adventure through the car park the wallaby lunges through the supermarket’s automatic double doors.

Maybe he was just trying to broaden his vegetarian diet?

In the video a woman can be heard saying: ‘What is it doing in the middle of the main street?’

The wallaby had to weave his way through people, cars and even shopping trolleys to reach his goal 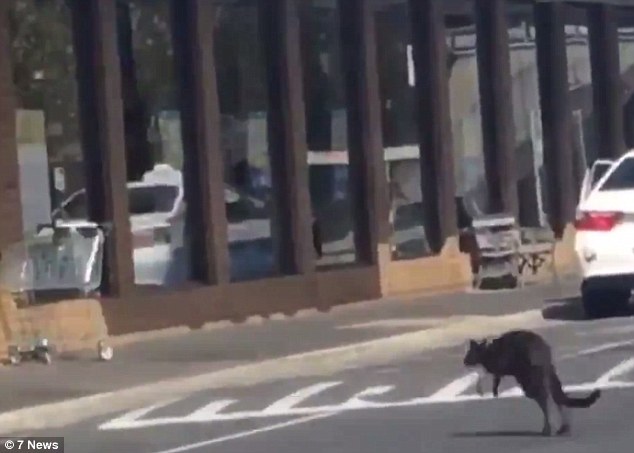 ‘What is it doing in the middle of the main street,’ a woman can be heard saying