Footage has been captured a daring wallaby thief ransacking through unsuspecting park-goers’ bags.

The wallaby pulls off the brazen daylight robbery only to be frightened off half way through by a rogue plastic lunchbox dropping to the ground in the clip uploaded to Youtube on Monday.

The video was filmed at picturesque Coasters Retreat, located within a National Park north of Sydney, and uploaded to the Newsflare Clips YouTube channel. 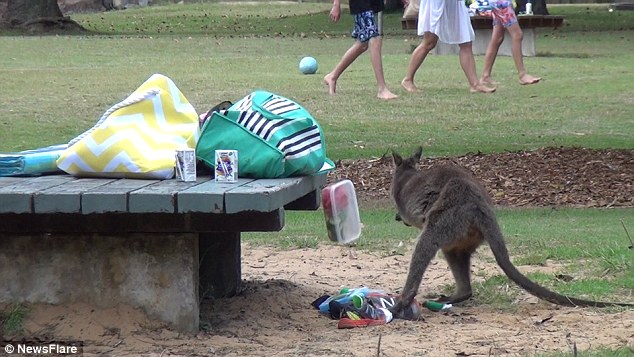 The coastal location is close to Palm Beach where the Australian television soap opera ‘Home and Away’ is filmed.

Wallabies regularly appear at the spot to eat the lush grass and keep an eye on picnicking visitors.

A wallaby is an Australian mammal similar to a kangaroo whose diet usually consists of grass, vegetables, leaves, and other foliage. 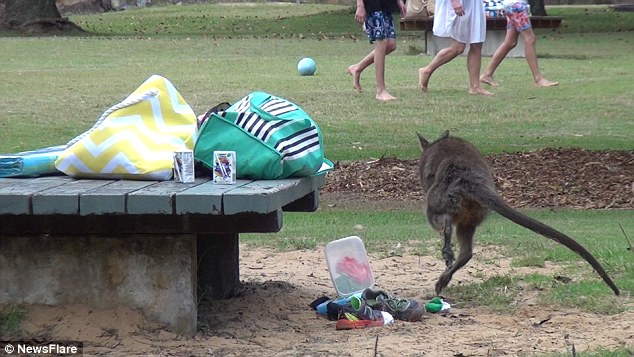