Managers of a Pennsylvania Walmart are being accused of racial profiling after they called police on a black man riding a bike through their store before purchasing it.

In the clip, Gracius is seen on the ground being handcuffed by cops as he yells out that he has paid for the bike he was riding and has a receipt to prove it.

‘I did nothing wrong! I paid! I paid! I have a receipt!’ Gracius wails before he is escorted out to a police cruiser in the parking lot. 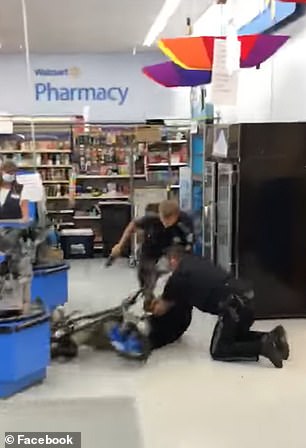 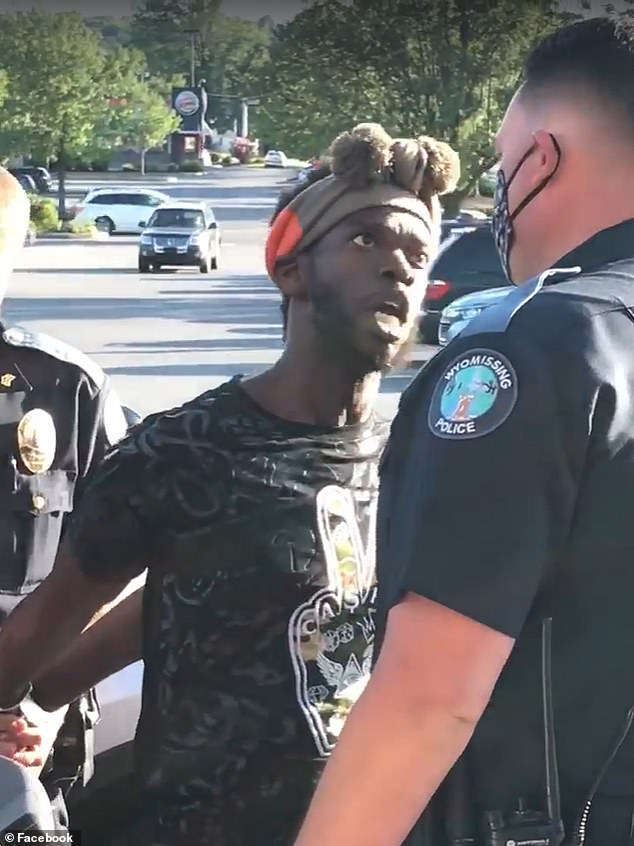 A second video uploaded to Facebook shows the officers trying to put Gracius into their vehicle as he tells onlookers to record the incident and share it on social media.

‘Today in Walmart I went to purchase a bike for my son. Everybody saw, and it’s on camera. I paid with cash and a credit card, and I had a receipt. Why are these cops doing this to me? Please tell me what I did wrong!’ Gracius states.

The officers continue to push Gracius into the cruiser as he resists and complains that he is being ‘kidnapped’. 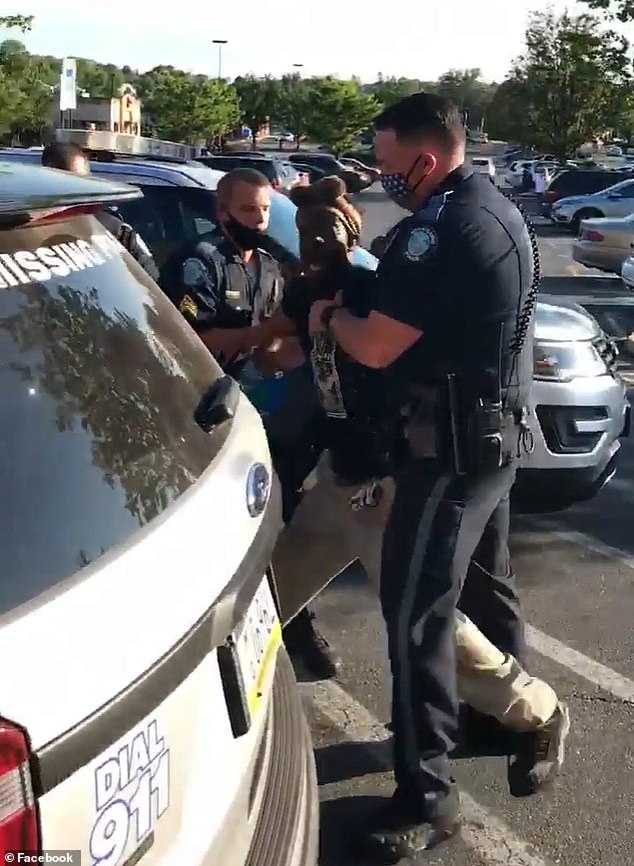 One of the policemen is seen returning with a leather belt which was reportedly used to tie Gracius’ legs together to restrain him.

The cruiser eventually leaves the parking lot, and Gracius is driven to the local sheriff’s office.

According to the Facebook user who posted the two videos, Gracius was riding the bike around the store playing music from his speaker before the cops were called.

‘He was literally spreading love asking how others were. He rode his bike to the cash register and paid. After, the cop said he was free to go since he’d paid. Once the man [Gracius] told the officer to have a nice day, he [the cop] grabbed his wrist,’ the  Facebook user claimed.

However, the Berks County District Attorney has disputed that version of events, saying cops were called to the Walmart because Gracius was ‘yelling profanities at other shoppers’ and refused to leave the premises.

In a Facebook status, the DA wrote:  ‘Gracius was asked to leave the store by the store manager but refused to do so. When the Wyomissing Police arrived at the store, the  manager reported that the male was in the store and was paying for a bicycle.

‘She informed the Wyomissing Police that this individual was riding the bicycle through the store, weaving back and forth in the aisles, hitting some shopping carts and almost hitting other shoppers. Again, she told the male to leave but he refused saying “You’re not going to tell me what to do.”‘

And while the viral video showing Gracius’ arrest has sparked outrage, the Berks County District Attorney has defended the officers’ conduct.

‘At all times during the encounter, the Wyomissing Police showed restraint, acted professionally, and did a good job deescalating the situation with the defendant,’ the DA’s Facebook statement read. 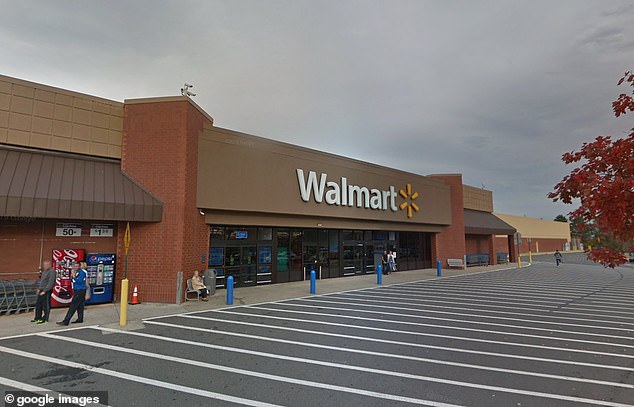 The incident occurred at the Wyomissing Walmart (pictured) on Tuesday

According to Heavy, Gracius was booked into the Berks County Prison and held on $2,500 bail.

If he is unable to make bail, he will be transported to Berks County Jail. A hearing is scheduled for August 6.

According to the Berks County District Attorney, Gracius plead guilty in 2014 to charges of resisting arrest, disarming a law enforcement officer and defiant trespassing. 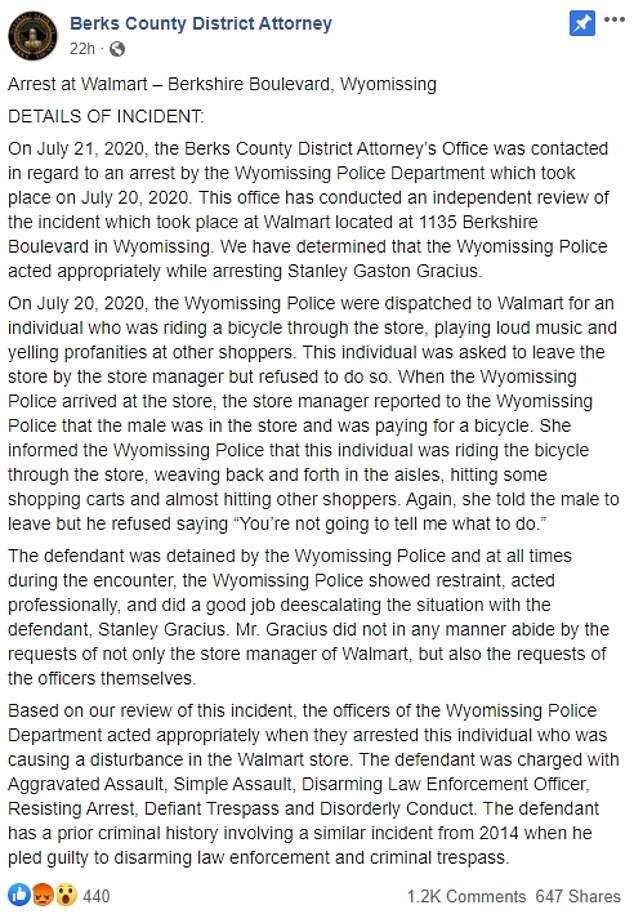