On June 17, Color Of Change along with the NAACP, ADL, Sleeping Giants, Free Press, and Common Sense Media authored an open letter asking corporations to cease advertising on Facebook for the month of July.

These are the key figures behind those organizations:

Founded in the wake of Hurricane Katrina, Rashad Robinson joined Color of Change in 2011.

An American civil rights leader, Robinson has been behind a number of the organizations initiatives, including a campaign to pull funding from the American Legislative Exchange Council (ALEC), an organization responsible for the ‘Stand Your Ground’ laws implicated in the Florida death of Trayvon Martin in 2012.

Robinson was also behind the group’s successful efforts to persuade businesses, including Mastercard and PayPal to stop accepting payments from white nationalist groups.

Of the social media ad boycott campaign leveled against Facebook, Robinson insisted it has been ‘a long time coming’.

‘Facebook has given [advertisers] no other option because of their failure, time and time again, to address the very real and the very visible problems on their platform.’ 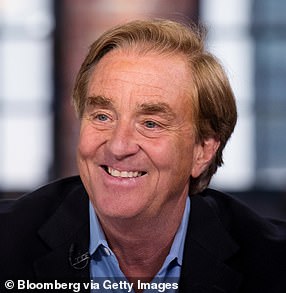 The non-profit focuses on the effects that media and technology may have on young users.

Steyer played a major role in in the passage of a 2005 California law restricting the sale of violent video games, which was later struck down by the Supreme Court.

He was also a supporter of California’s Eraser Bill, which allows children in the state under 18 to remove their postings from social media websites.

Steyer said his decision to support the Stop Hate for Profit Campaign was spurred by the protests against police brutality.

‘I will admit, we did not expect that this would take off to this extent so quickly with so many of the most important advertisers in the United States and globally joining in,’ Steyer told NPR. ‘It just shows that they are frustrated, too, and that they share our concerns about democratic norms, about civic discourse and about what’s going on Facebook and Instagram.’

Johnson became the President and CEO of the National Association for the Advancement of Colored People in October 2017. 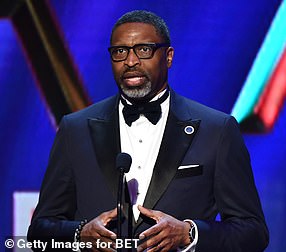 He is also the founder of the Mississippi nonprofit group One Voice Inc., which aims to improve quality of life for African Americans through public engagement.

Johnson, with the NAACP, was behind the June 18, 2020 Supreme Court case in which SCOTUS prevented President Trump’s administration from rescinding the Deferred Action for Childhood Arrivals (DACA) program for young immigrants.

Johnson has since blasted Facebook for a ‘flagrant disregard the website has shown the Mississippi nonprofit group One Voice Inc., which aims to improve quality of life for African Americans through public engagement.

‘Facebook is ultimately damaging its credibility with the American public, and any company that wants to avoid doing the same should send a message that we will no longer accept disinformation during this critical time.’

Jonathan Greenblatt – Director and CEO of the Anti-Defamation League

Prior to heading up the ADL, Greenblatt served in the White House as Special Assistant to Barack Obama and Director of the Office of Social Innovation and Civil Participation. 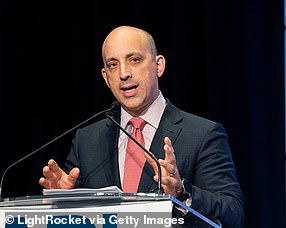 As Director, he led the efforts to utilize human capital and financial capital to bring attention to community solutions, focusing on issues such as national service, civil engagement, impact investing and social enterprise.

Greenblatt was involved in a number of administration priorities, including gun violence prevention. He left the administration in 2014 and was succeeded by David Wilkinson.

Greenblatt also founded All for Good (AFG), an open source platform dedicated to enable more Americans to serve and volunteer within their communities.

Rivitz initially operated Sleeping Giants completely anonymously until July 2018, when he was identified by the Daily Caller. 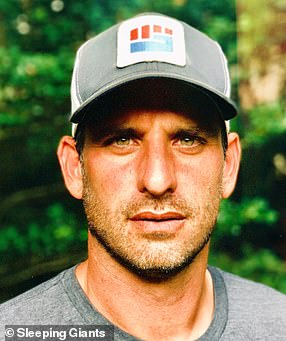 Rivitz campaign started shortly after Donald Trump’s election in November 2016, in which he called for brands to boycott Breitbart News.

Rivitz successfully convinced the likes of AT&T and Kellogs to cease advertising on the news website, with thousands following suit by May 2017.

Sleeping Giants was involved in the campaign pressuring advertisers to drop The O’Reilly Factor after the discovery of five sexual harassment settlements by host Bill O’Reilly and Fox News, which resulted in the show’s cancellation.

Gonzalez is an attorney and racial justice advocate, who was announced as Co-CEO alongside Craig Aaron in January 2020. 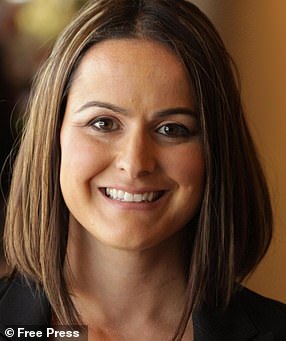 A former Lifeline recipient, Gonzalez has been behind a number of efforts to prevent President Trump from making substantial cuts to the program, which provides phone-and-internet access for low-income people.

She was part of the legal team that overturned a Trump FCC decision regarding net neutrality.

Gonzalez also co-founded Change the Terms, a coalition of more than 50 civil- and digital-rights groups that works to disrupt online hate.

Responding to the news that Facebook was addressing concerns raised by the Stop Hate for Profit campaign, Gonzalez said:

‘While these changes are important, Facebook is doing the bare minimum to stop hate on its platform. We’ll be watching carefully to ensure that Zuckerberg follows through on these promises, and we’ll carry on with our fight for more holistic change at the company through our work with the Change the Terms and Stop Hate for Profit coalitions.

‘Facebook must understand that enabling the spread of hate speech comes at a huge financial cost. The country is changing. We’re at a pivotal moment in the fight for the rights of Black and Brown people. Unless Facebook changes and takes crucial steps to curtail the spread of racism and bigotry, it will continue to suffer consequences.

‘Our fight for justice at Facebook is far from over. Until we see far more comprehensive reforms to Facebook’s policies and practices, our advertiser boycott and our push to get Facebook to adopt Change the Terms’ corporate model policies to disrupt hateful activities on its sites will remain in effect’