Ouch! Walsall star’s night to forget as he is smashed in the face by a drop ball and has to be taken off on a stretcher

Walsall midfielder Isaiah Osbourne had to be taken off the field on a stretcher after being struck in the face with the ball on Tuesday evening.

Osbourne, who used to play for Aston Villa, started Walsall’s Sky Bet League One game against Shrewsbury before being forced off late into the game.

The 30-year-old sustained a facial injury in a bizarre incident that saw him struck in the face from a drop ball, but later took to Twitter to confirm his injuries were not serious. 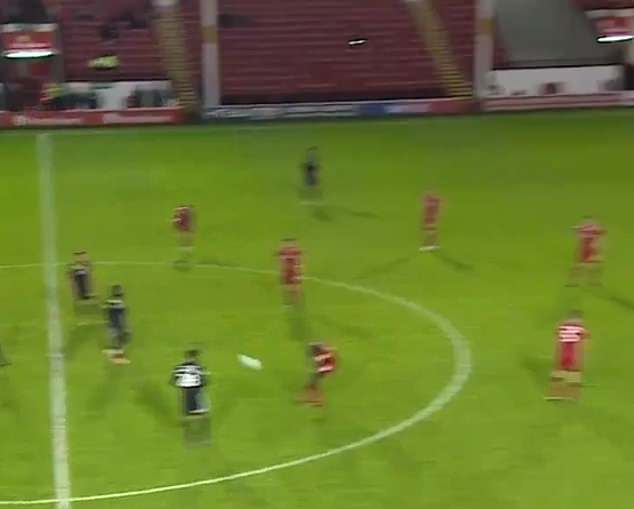 At first it appeared as if Osbourne had been seriously hurt, having been hit with the ball from just a matter of yards away.

Medical staff rushed on to the pitch to tend to the Walsall man as the referee was tasked with calming down both sets of players with tempers flaring following the incident.

The midfielder was taken off on a stretcher but the extent of his injury has not yet been revealed, though the player himself has insisted he is fine. 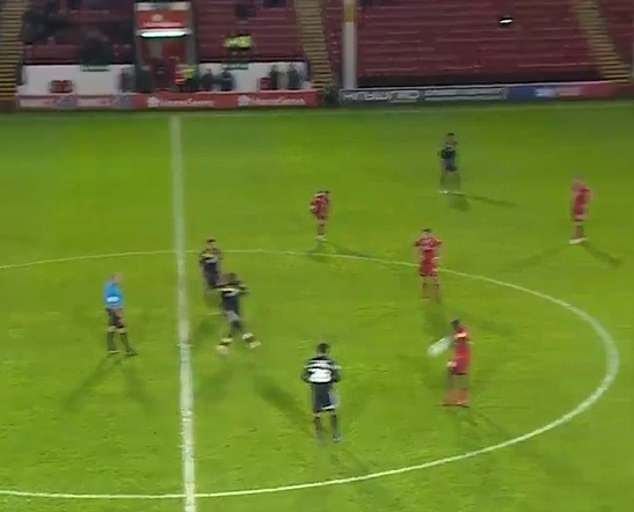 It hit Osbourne square in the face, leaving him in a heap and requiring medical attention

Walsall’s Isaiah Osbourne was the victim of a dreadful drop ball and had to leave the pitch on a stretcher ? pic.twitter.com/BZGGs2k2v8

Osbourne took to Twitter late on Tuesday night to reply to a concerned fan, writing: ‘I’m all good, thanks for asking.’

The match finished 0-0 after both sides struggled to fashion any clear-cut opportunities during the 90 minutes.

The result leaves Walsall just outside of the play-off places in sixth position while it done Shrewsbury no favours, who remain hoovering above the relegation zone with just nine points from their opening 11 matches.