War of Will wins the Preakness Stakes

War of Will has won the 144th running of the Preakness Stakes, in Triple Crown redemption after being impacted by an illegal maneuver by disqualified horse Maximum Security in the Kentucky Derby.

War of Will was the fourth favorite to win the race on Saturday at Pimlico Race Course in Baltimore, with 7-1 odds. Everfast finished second and Owendale came in third.

In a bizarre start to the race, Bodexpress, a 16-1 longshot, bucked his jockey out of the starting gate and continued riderless for the rest of the race. The horse was disqualified from the official results.

Neither Kentucky Derby winner Country House nor Maximum Security, who was disqualified after crossing the finish line first at Churchill Downs, ran in the Preakness.

War of Will’s Preakness win was vindication for trainer Mark Casse and jockey Tyler Gaffalione, who was forced to check his horse as the field was turning for home in the Kentucky Derby, losing momentum and eventually finishing eighth, elevated to seventh place after the disqualification.

It is the first time in 23 years that the Preakness has been run without a winner of the Kentucky Derby.

War of Will, ridden by Tyler Gaffalione, crosses the finish line first to win the Preakness Stakes horse race on Saturday 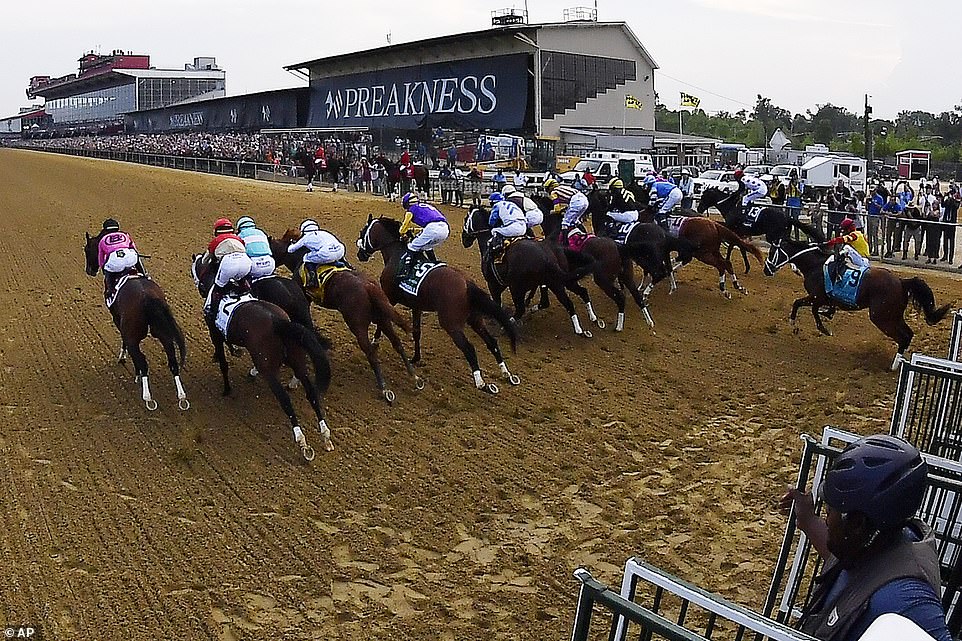 John Velazquez tumbles to the turf, right, after falling off Bodexpress at the starting gate during the 144th Preakness Stakes 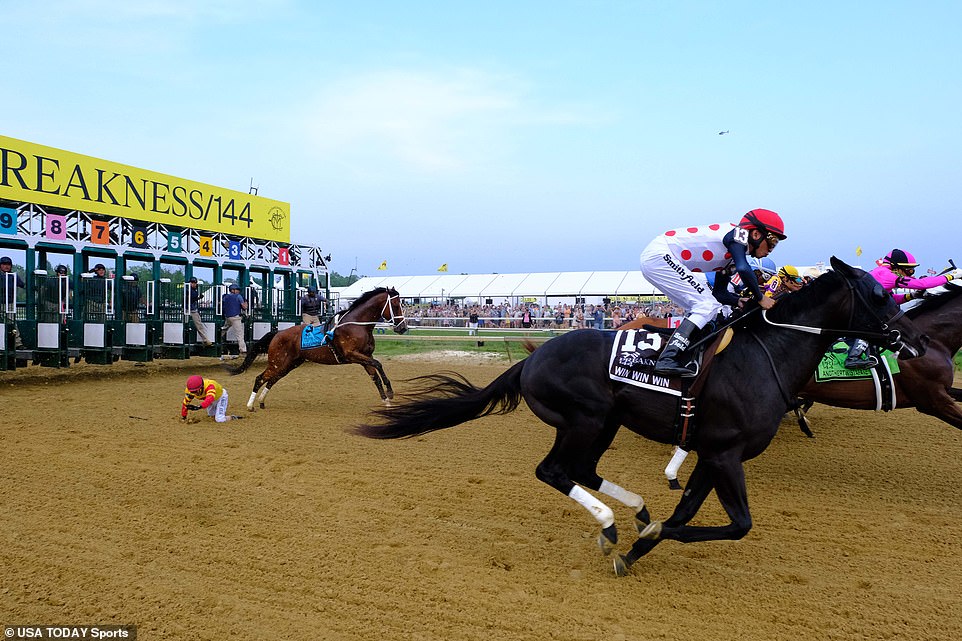 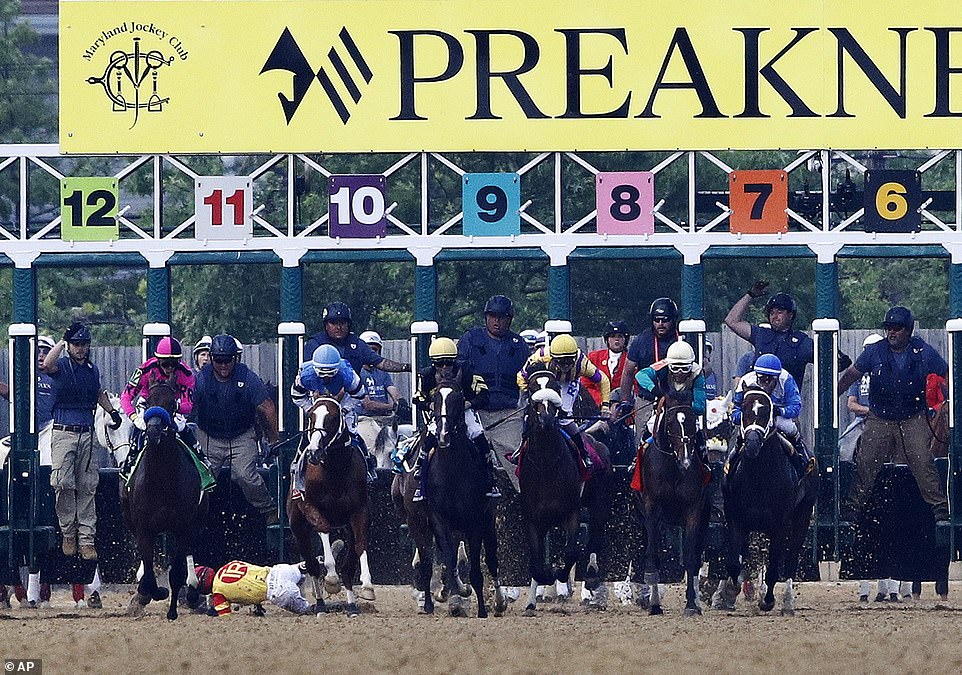 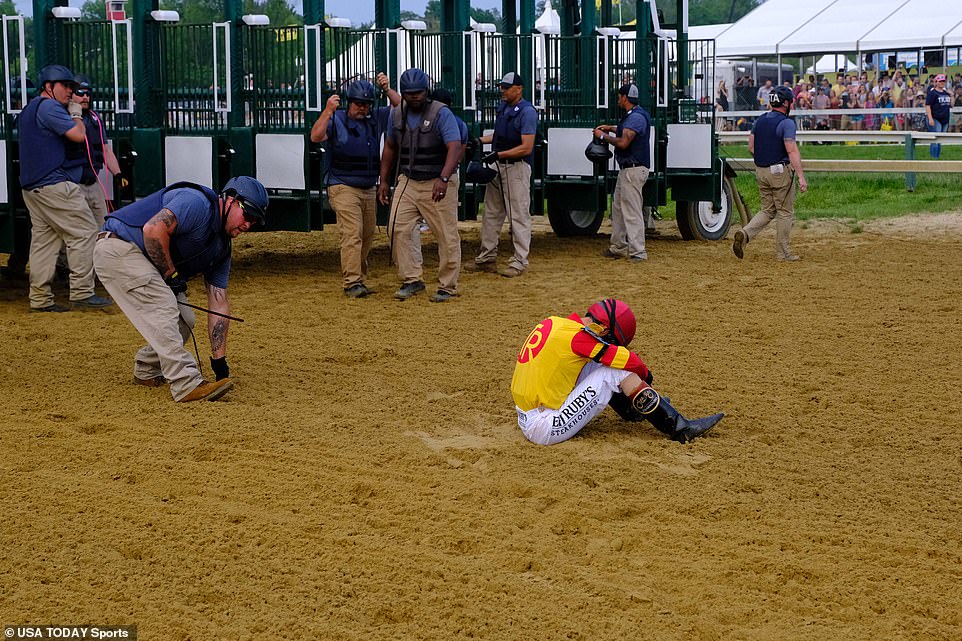 Velazquez was not injured, and Bodexpress went on to run the rest of the race but was disqualified for having no rider 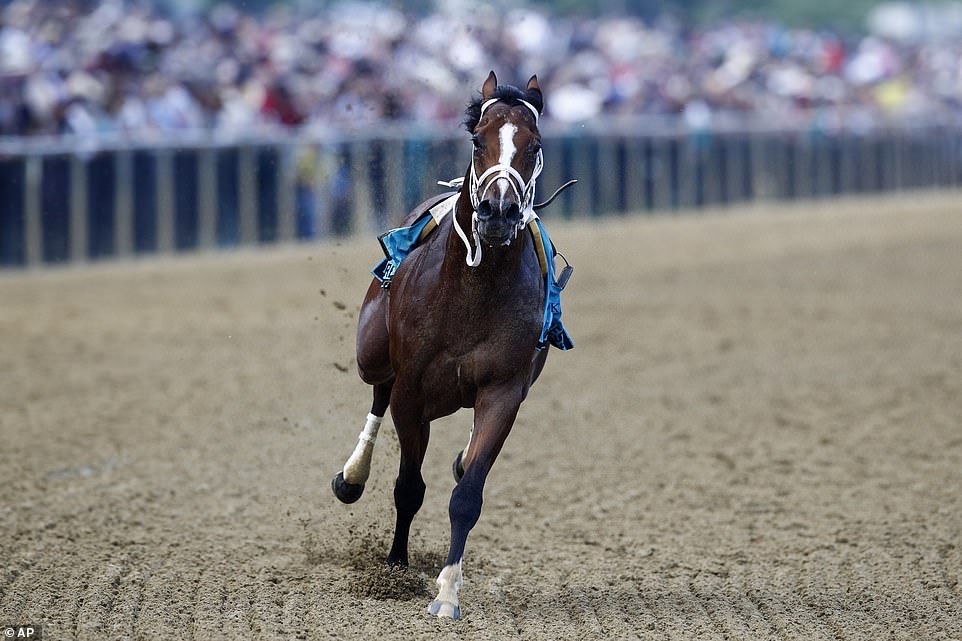 Bodexpress ran riderless for the rest of the race, and then took an extra lap around the course before he could be corralled 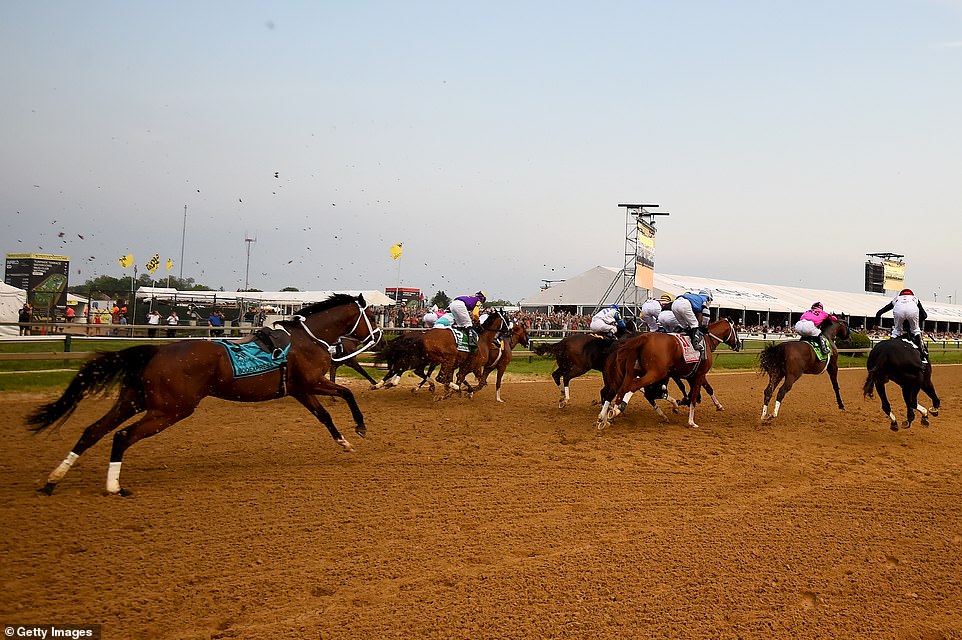 Trainer Mark Casse got his first Triple Crown victory, with War of Will unfazed starting from the inside No. 1 post position for the second consecutive race.

War of Will endured a rough trip and was interfered with in the Kentucky Derby, which led to first-place finisher Maximum Security being disqualified.

Casse was just thankful War of Will didn’t go down in the Derby, which could’ve been a multihorse catastrophe.

‘This is even I think probably more special given everything that we’ve been through,’ Casse said. ‘I’m not even calling it redemption. I didn’t feel like he got his fair shot, and that’s all I wanted – a fair shot. And he showed what he had today.’

Bodexpress threw Hall of Fame jockey John Velazquez just out of the starting gate but still finished the race and did an extra lap around the Pimlico track.

An outrider tried to swoop in at the top of the stretch and corral Bodexpress, but the horse sped up and passed a few competitors near the finish line – and kept going. Technically, Bodexpress gets a did-not-finish.

‘He wasn’t behaving well,’ said Velazquez, who added he’s fine and would not seek medical attention. ‘When the doors opened, I was off right from the start and he kind of jumped sideways, and I had my feet out sideways and I lost my balance and went out.’ 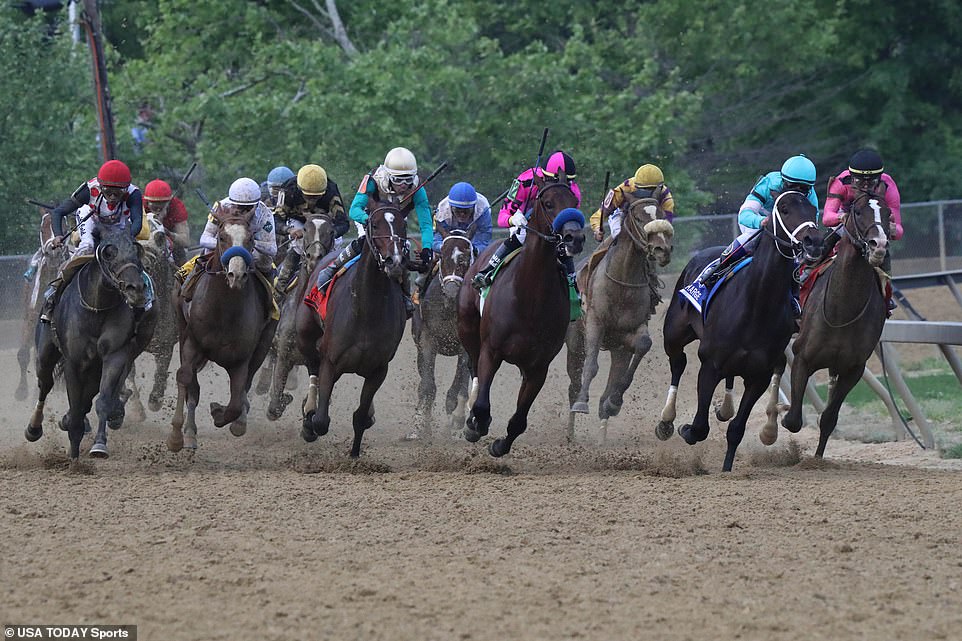 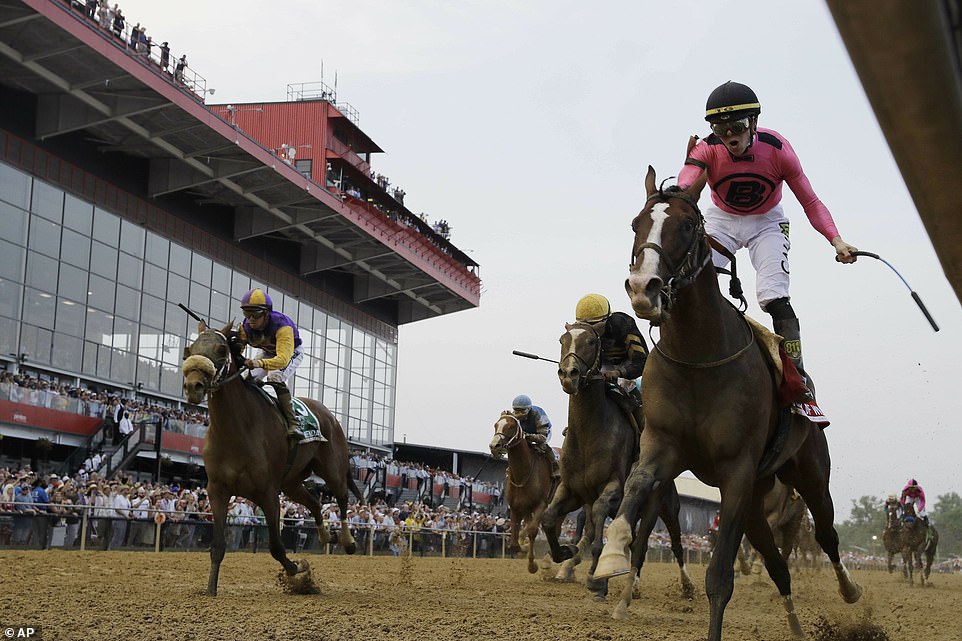 War of Will, ridden by Tyler Gaffalione, right, crosses the finish line first to win the Preakness Stakes horse race 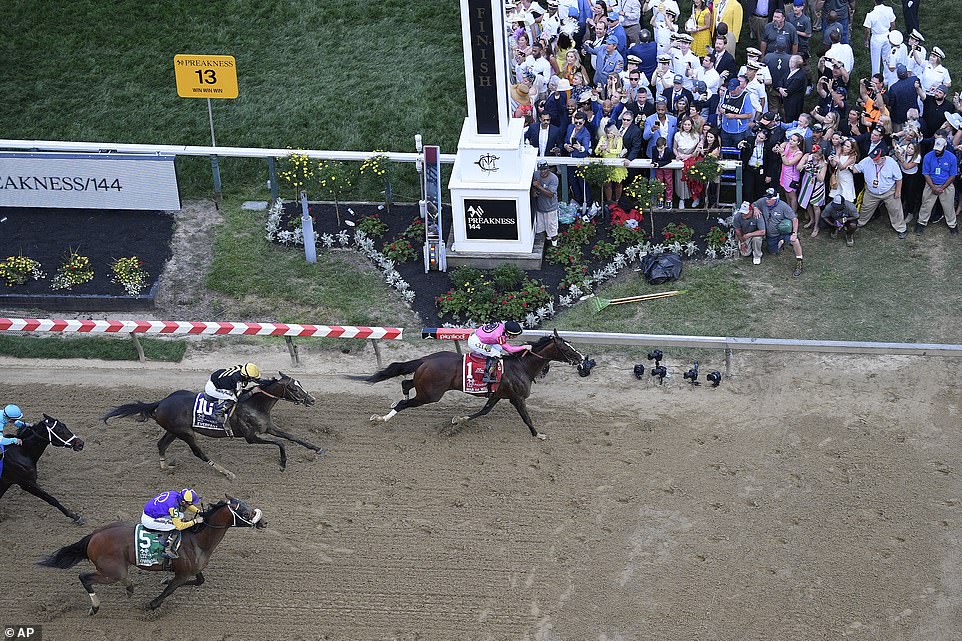 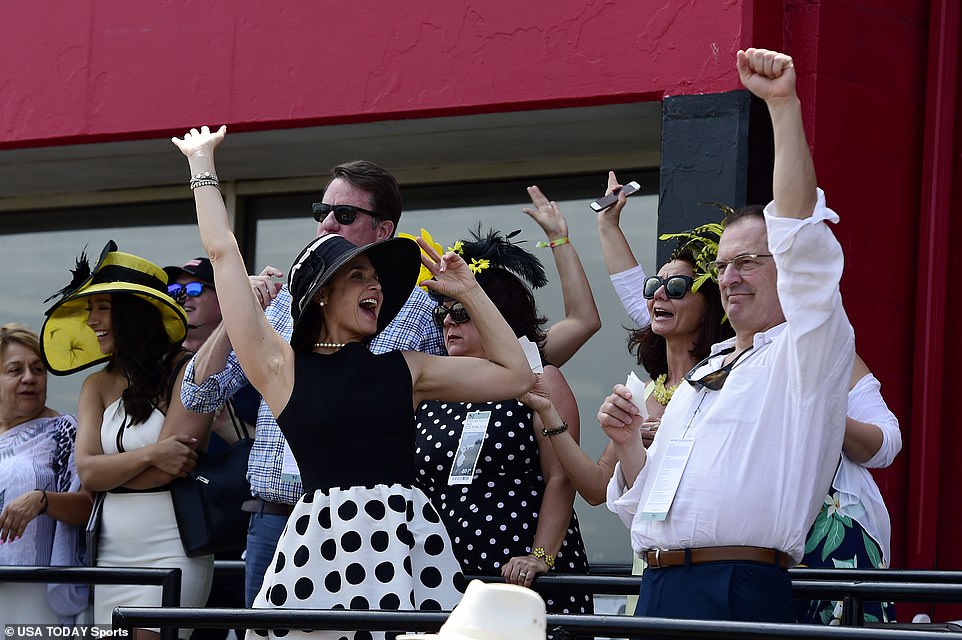 Of the 13 jockeys in Saturday’s race, nine who rode in the Kentucky Derby were aboard a different horse in the Preakness. Most notably, Hall of Famer Mike Smith rode favored Improbable with familiar trainer Bob Baffert, bumping Irad Ortiz to Bourbon War.

‘It seems to be a little bit more than maybe most of the time, but this isn’t uncommon,’ Smith said. ‘Especially during this Triple Crown stuff, there’s a lot of musical chairs. A lot of people picked up horses at the last minute and won the Derby, won the Preakness and won the Belmont, for that matter.’

An unusual chain of events has contributed to all the movement this year.

The top four horses that crossed the finish line in Kentucky won’t run in the Preakness. Improbable is the morning line favorite partially because he has finished first or second in five of six races, the lone exception when he came in fifth at the Derby and was bumped up to fourth after Maximum Security was disqualified.

Smith chose to ride Omaha Beach in the Derby, but after the race favorite was scratched, Baffert opted to stick with Ortiz. That didn’t work well for anyone – Improbable never really got a sniff of the lead under Ortiz and Smith finished 10th with Cutting Humor.

The team of Baffert and Smith produced a Triple Crown last year with Justify and four years ago with American Pharoah, and now trainer and jockey are together again trying to recreate the magic. 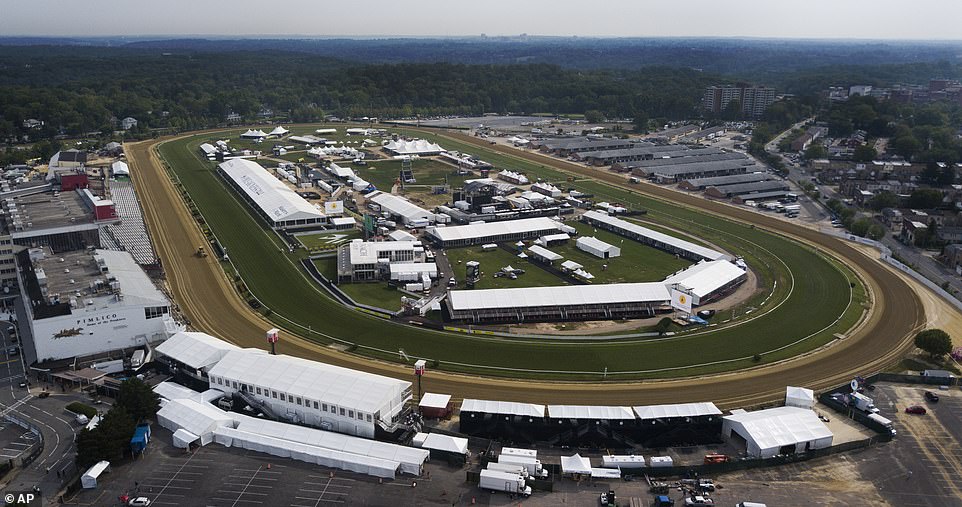 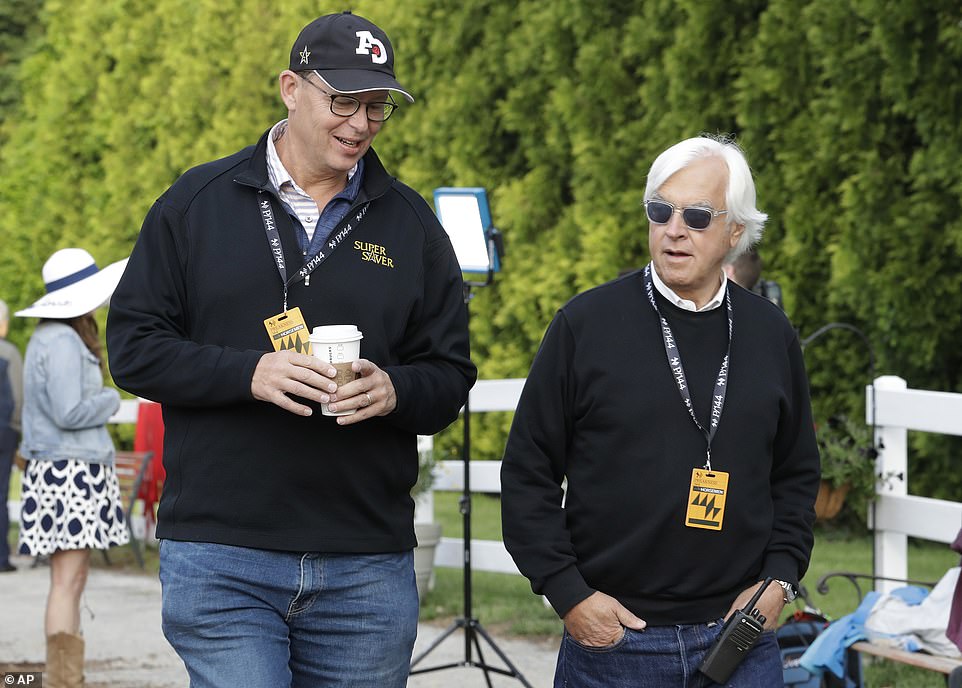 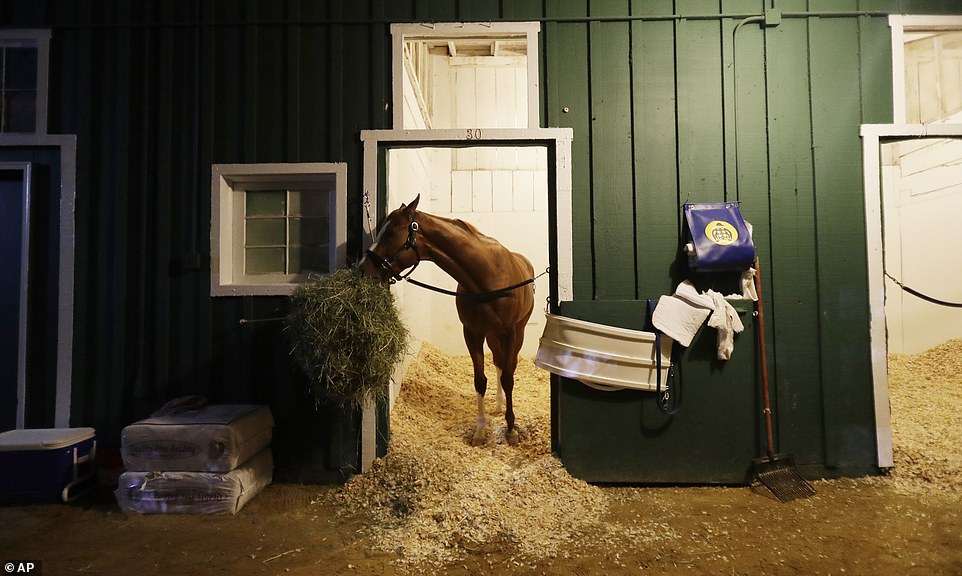 ‘It’s nothing against Irad. He rode him great in the Derby,’ said Elliot Walden, co-owner of Improbable. ‘It came down to a simple thing: Bob Baffert’s had good luck with Mike Smith. Bob’s kind of a karma guy.’

That’s only one of many switches for this race. Hall of Fame jockey John Velazquez replaces Chris Landeros aboard Bodexpress; Joel Rosario goes from Game Winner to Everfast; Jon Court from Long Range Toddy to Market King and Jose Ortiz from Tacitus to Anothertwistafate.

On Friday, a day before the Preakness, a three-year-old filly collapsed and died after racing at Pimlico Race Course.

Congrats Gal fell to the track after finishing last in the Miss Preakness Stakes, officials said. ‘Congrats Gal suffered death after the eighth race,’ the Stronach Group, which operates the track, said in a statement.

‘The incident occurred after the wire (finish). Veterinarians attended to the horse immediately.’

A cause of death has not been determined and a full necropsy will be performed, the Stronach Group said. The death comes after 23 horses suffered fatal injuries at Santa Anita Park in California between December and March, resulting in the temporary closing of the track. 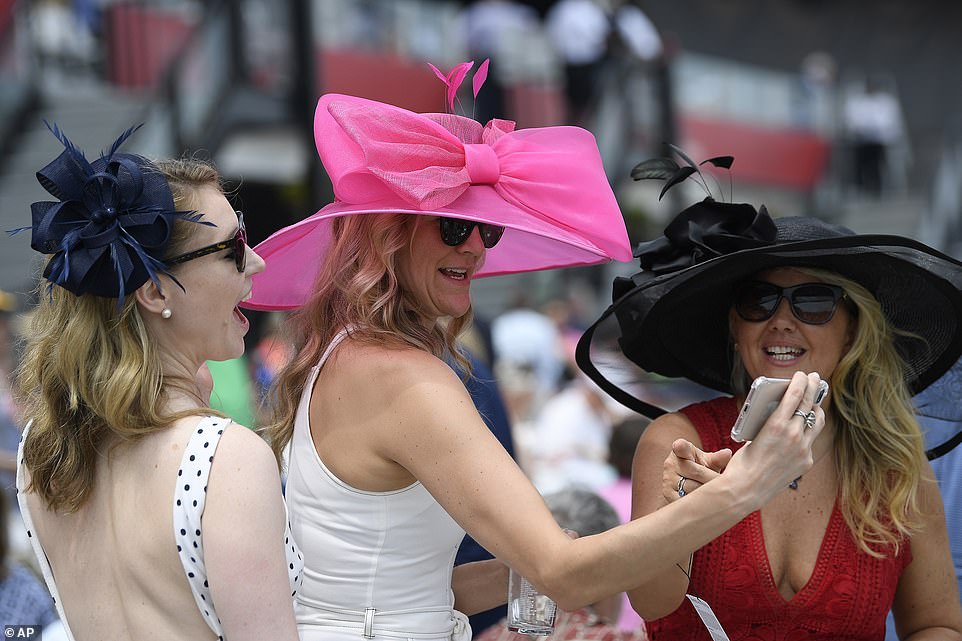 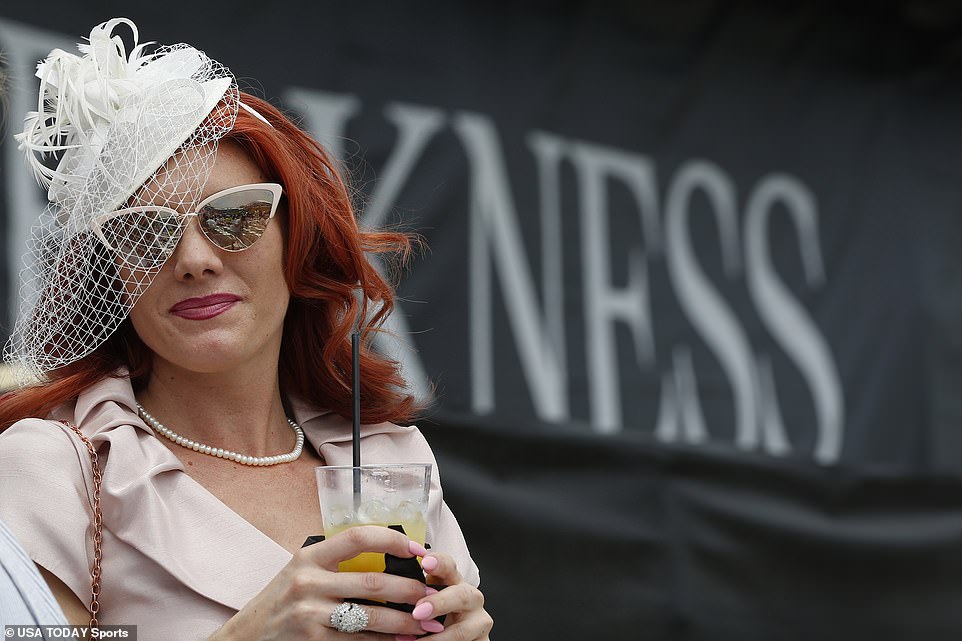 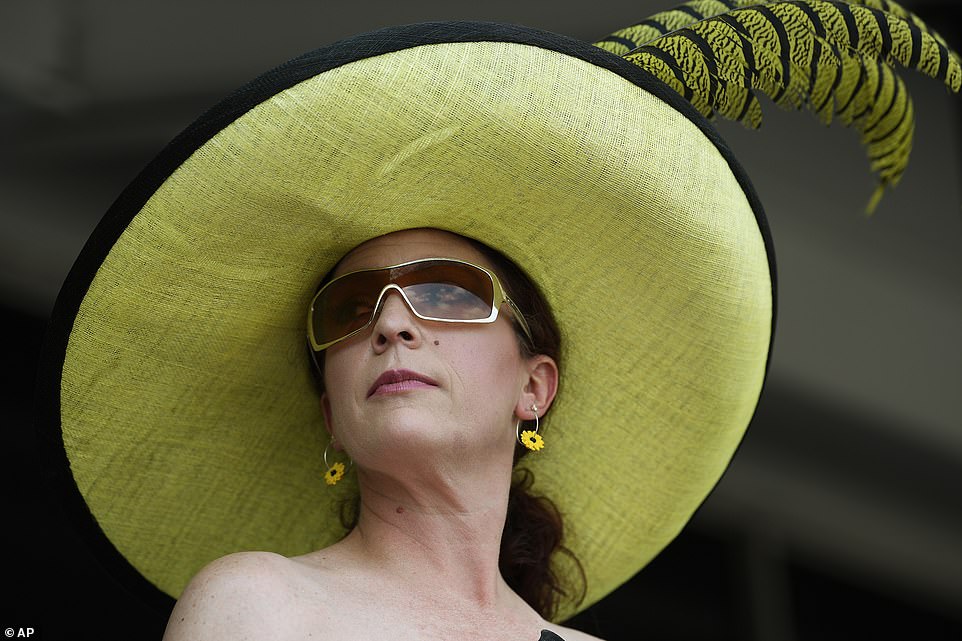 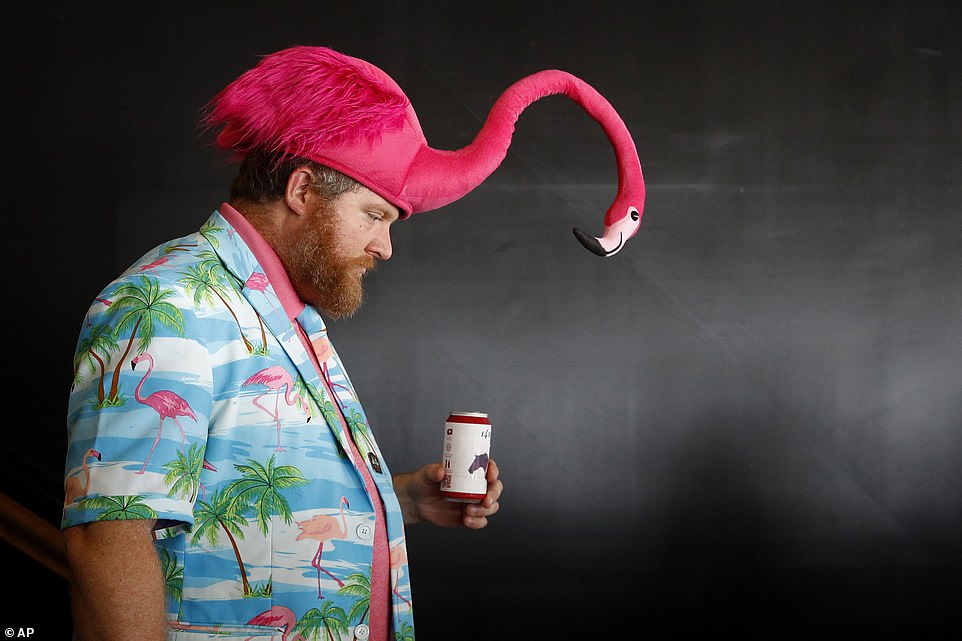 A spectator walks in the grandstand at Pimlico Race Course, Saturday, May 18, 2019, ahead of the Preakness Stakes

People for the Ethical Treatment of Animals (PETA) immediately called for an investigation of the Maryland death. ‘The sickening collapse and sudden death of Congrats Gal at Pimlico today are proof that the Maryland racing industry has not done enough to protect horses,’ the statement said.

‘PETA will be calling for a formal investigation, including a necropsy and blood toxicology panel, and for the release of all medication and veterinary records.

‘We will be contacting the district attorney’s office, as we did in California, where the D.A. has appointed a task force to investigate training and veterinary practices.’