Incredible drone footage shows the aftermath of a large cliff collapse in Torquay, with vast sections of a garden belonging to luxury flats falling into the sea.

The incident is understood to have happened on Monday – but images taken from the sky yesterday show the scale of the damage caused when several tonnes of red rock went tumbling into the ocean.

Onlookers said the fall had changed the coastline at Livermead near Torquay, Devon, forever and is the latest in series of similar incidents in the area.

The cliff fall prompted a warning from officials to the public urging them to stay away from the area as they investigate what caused the rock fall.

A huge section of Livermead cliff in Torquay collapsed into the sea on Monday, leading to fears that the area is still unstable 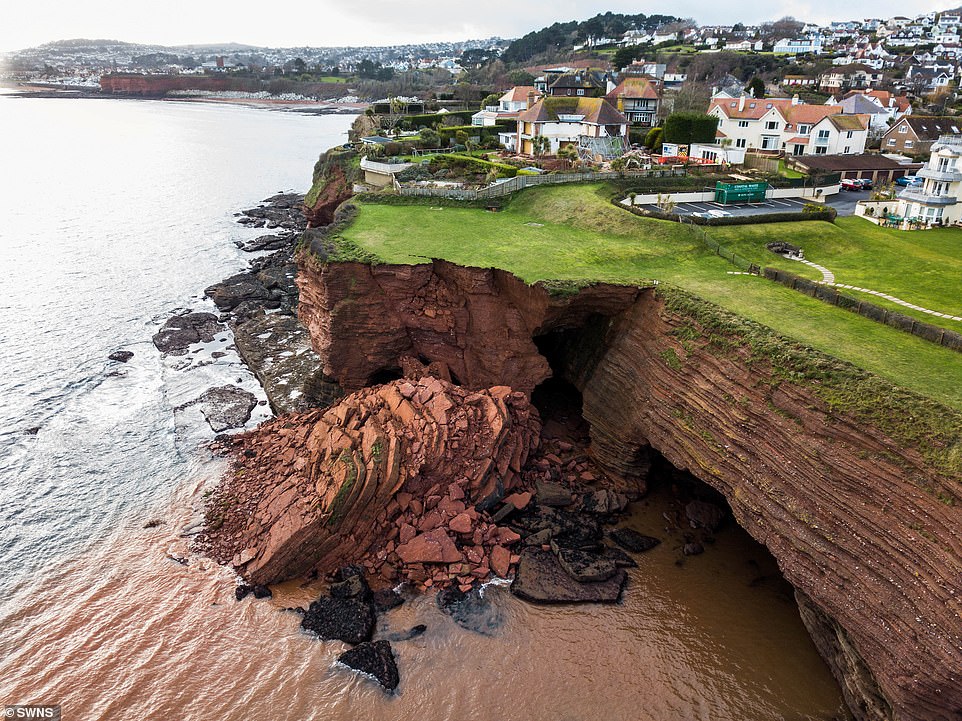 Large sections of a garden belonging to several luxury flats fell into the sea, with officials warning members of the public to stay away 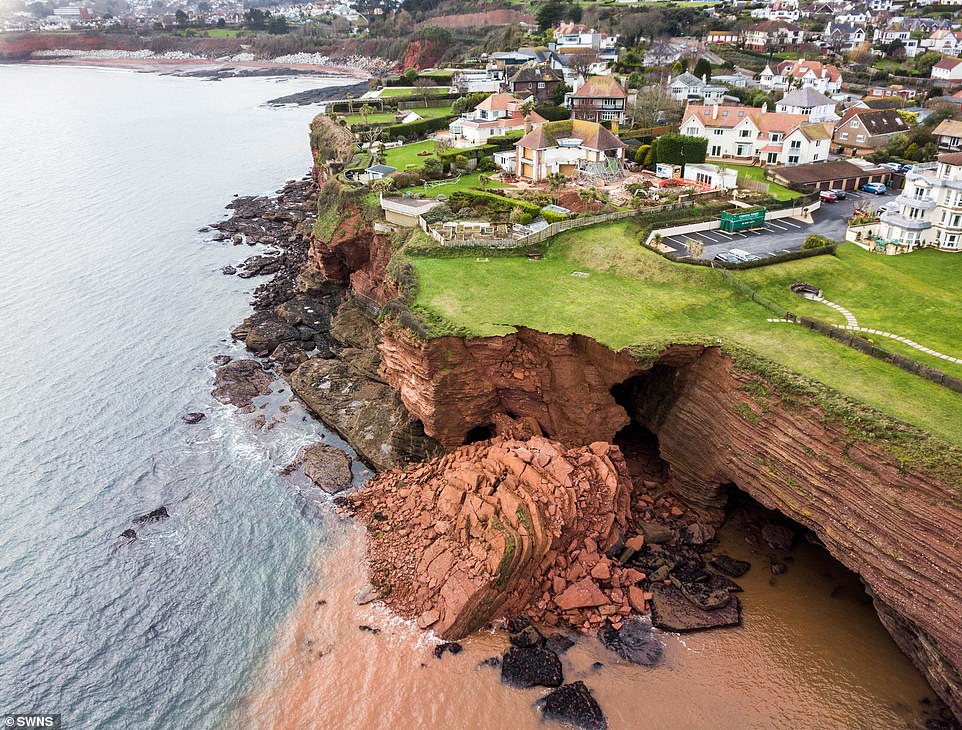 According to onlookers, the fall has changed the coastline at LIvermead near Torquay, Devon, forever and they say other similar incidents have also happened recently

A large section of the cliff-facing countryside collapsed into the sea, with fears that the site is still unstable and potentially dangerous.

Torbay Council and the Harbour Authority took to Twitter to warn people about the collapse.

Torbay Council said: ‘There’s been a large cliff fall at Livermead, we are just establishing next steps but please be careful if you are around the area and close to the cliffs.’

Torbay Harbour Authority said: ‘The area may still be unstable and dangerous.

‘Please avoid cliff top and below until a full survey can be completed.’

A section of the coastal path has also been shut off while authorities probe what caused the collapse. 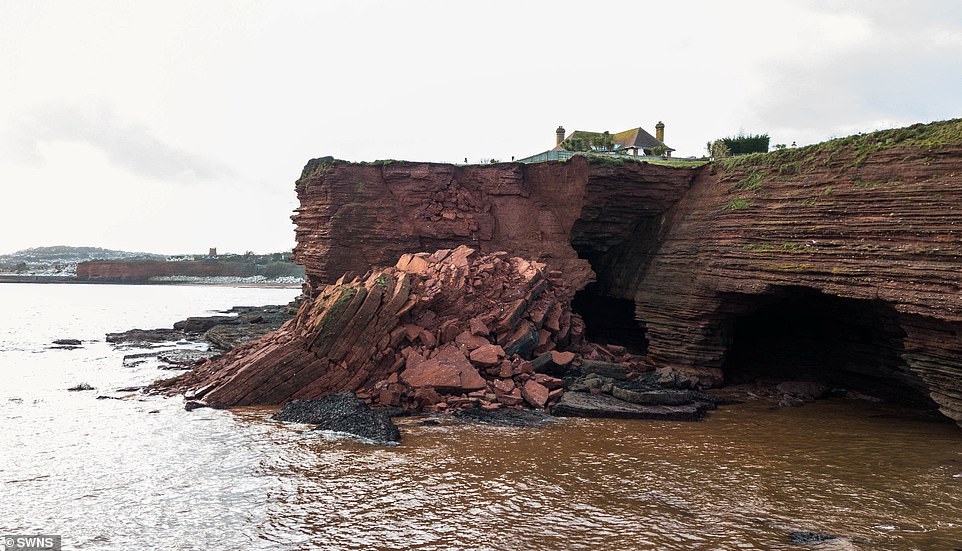 Several tonnes of red rock went tumbling into the ocean after the cliff fall, causing damage and changing the cliff face drastically 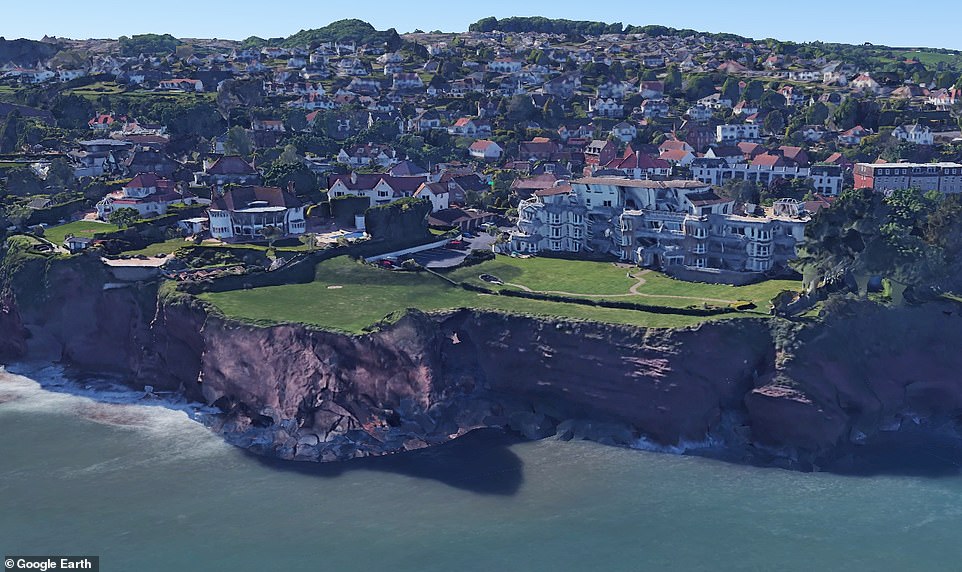 A Google Earth grab of Livermead cliff in Torquay before the cliff collapse on Monday, which has left the cliff much-changed 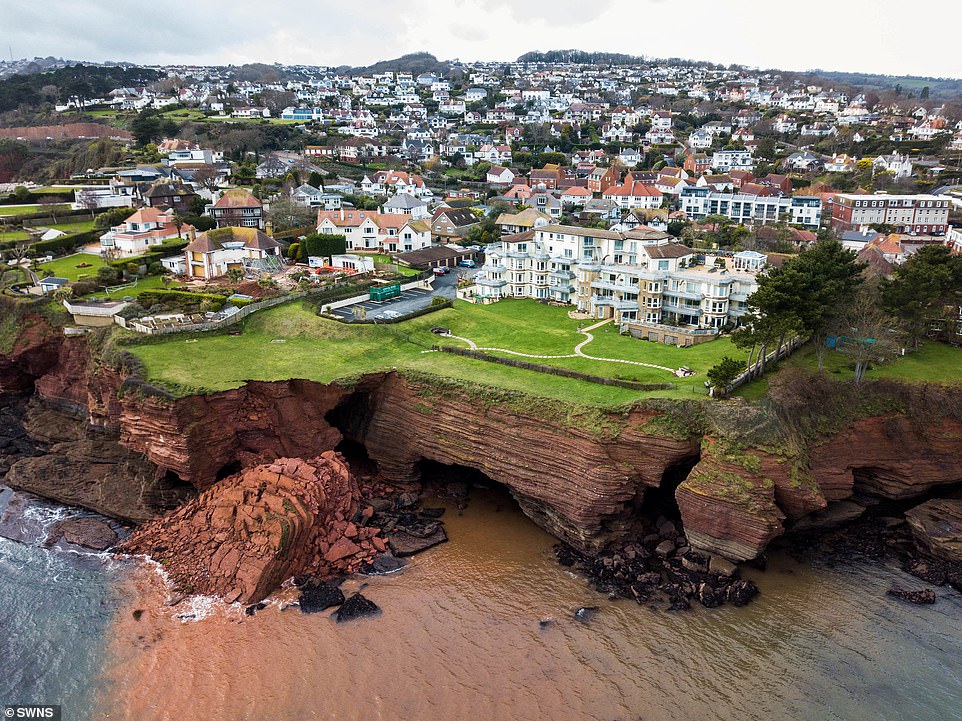 Torbay Council and the Harbour Authority took to Twitter to warn people about the collapse, adding that the area may still be unstable and so is dangerous 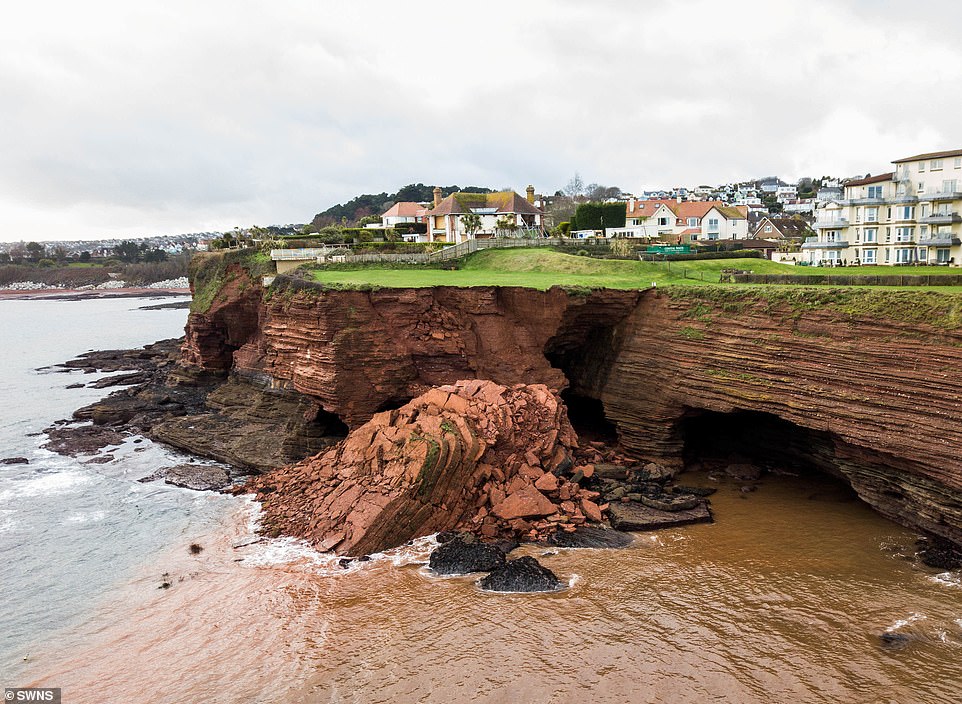 It’s unclear what caused the cliff collapse, with the area sectioned off as authorities investigate whether further action needs to be taken

What causes cliffs to collapse?

Cliffs collapse for a range of reasons.

While the most common reason is weathering, there are other factors to consider, such as water crashing against the cliff face, what the cliff is made of, and the climate of the area.

For example, softer materials, such as clay are more likely to collapse than harder materials like granite.

Bad weather naturally erodes the foundations of a cliff, and can cause it to collapse.

One of the most common examples of weathering is when rain fall affects the composition of the cliff. As rain falls, it seeps into the permeable gravel and soil at the top of the cliff, adding weight to it.

At the same time, colder winter temperatures can cause the face of this cliff to freeze, as frozen areas weaken as they thaw. If a cliff is against a body of water, such as a sea or ocean, waves crashing on the cliff can also weaken it over time.

Cliffs can also collapse as the result of rock slides, when whole slabs of rock detach from an inclined face and collapse, or as a result of mud slides, when wet soil and weak rocks fall.