A warning has been issued to Australian pools owners after a popular pool fence will remain on the market despite failing national safety standards.

The Be-Safe portable pool gate by Hunter Products has serious design flaws to do with the height of its latch and the gaps around it – making the gate a hazard for young children.

The product is sold exclusively by Clark Rubber and retails for $799. 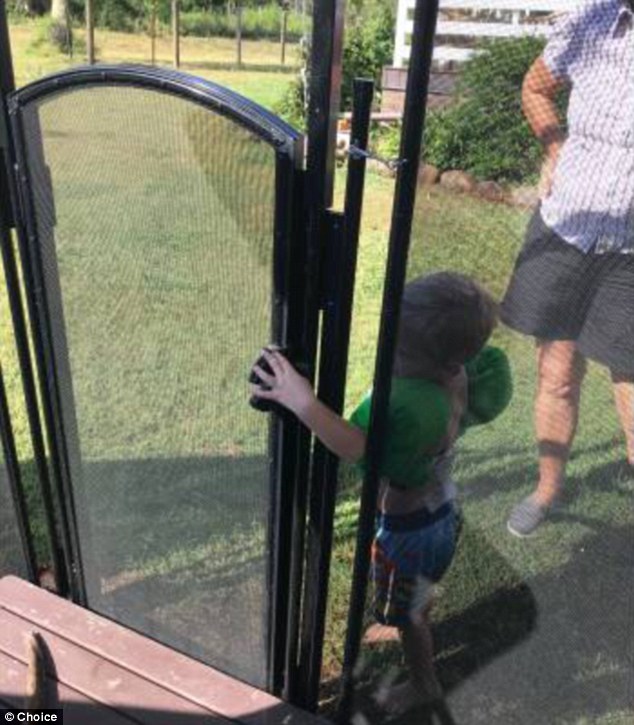 Little Curtis Modrow’s mother Sandy Behrens was shocked when he opened the gate unassisted and made his way to the above ground pool on Christmas Day.

‘He put his hands through the pool gate, undid the latch and pushed through. Then he stepped up onto the ladder,’ she told CHOICE.

At the time, the group had several experts examine the fence to see if it met safety standards.

‘It didn’t take me long to realise there’s a major problem with it,’ said John Dimmock of My Pool Inspections.

‘It’s ridiculous. If I came across it, it would be a major non-compliance. It should absolutely not be on sale.’ 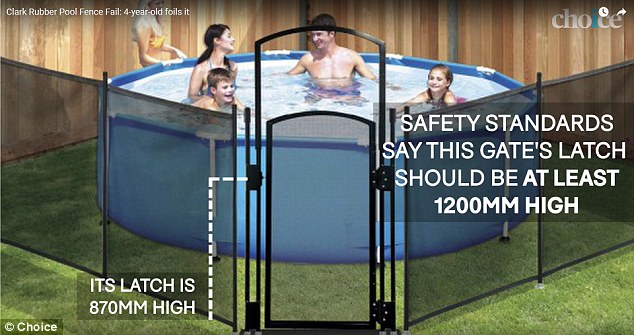 Further tests revealed the pool’s latch, which was found to not work consistently, can be easily opened by children due to a gap between the fence and the gate.

Despite claims the gate’s design is ineffective, Clark Rubber is not investing in a recall of the product, instead it has sent out new instruction manuals to customers to with new instructions on how the fence can be installed with components closer together.

On Clark Rubber’s website, the product is advertised as a ‘portable pool fence starter kit’ and when installed on a grassy area, follows Australian safety standards.