If NBA fans are growing tired of seeing the Golden State Warriors and Cleveland Cavaliers in the Finals, the fourth installment of which starts tonight in Oakland, then the overwhelming odds in favor of the defending champions won’t make the matchup any more appealing.

After beating Cleveland in two of the last three NBA Finals – falling once, in 2017, after holding a 3-1 series lead – Golden State is now a heavy 8-to-1 (-800) favorite to win the 2018 series, according to online sports book Bovada. (In other words, a successful bet of $800 on the favorited Warriors would fetch a profit of just $100)

Not only is that the largest NBA Finals odds disparity since the teams first met for the title in 2015, but it’s dramatically larger than the Warriors’ Western Conference Finals series against the Houston Rockets, which Golden State won in seven games after being a slight 9-to-5 (-180) favorite heading into the series.

Now, ahead of the fourth Finals meeting between the two teams – and second since former MVP Kevin Durant joined the Warriors in 2016 – the question is whether or not this series is anticlimactic. Are fans sick of seeing the favorited Warriors up against LeBron James and the underdog Cavaliers? 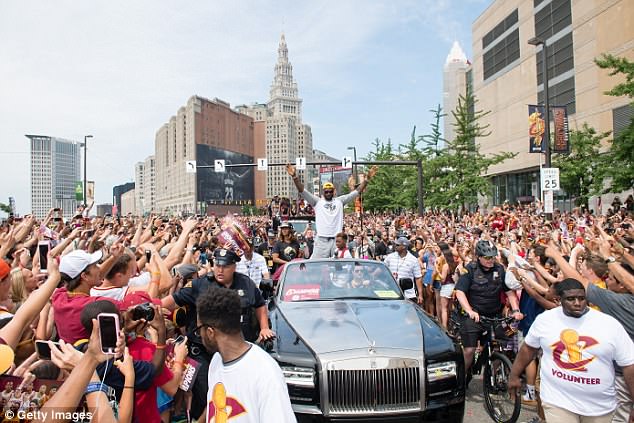 LeBron James helped guide the Cleveland Cavaliers to the franchise’s first NBA title in 2016 after trailing the favorited Golden State Warriors, 3-1, in the best-of-seven series

‘I don’t think so,’ Golden State guard Klay Thompson said. ‘I think the rest of the NBA has got to get better. It’s not our fault. I’m sure if you asked the fans of the Warriors and the Cavs around the world, whether it’s in the Bay Area or in Cleveland, I’m sure they’re happy with their team performance. The only people I hear saying that are fans from other teams, which is natural. I don’t blame them. But as long as our fan base is happy, that’s all that matters.’

A bet of just $100 on the Cavaliers would net a $550 profit if Cleveland won the series. Meanwhile, a bet of $800 on the Warriors would result in a mere $100 profit if Golden State won

It’s the first time in NBA, NFL, MLB or NHL history that the same teams are meeting four straight times in the championship round, and intrigue in the teams hasn’t waned yet.

The NBA had its most-watched conference finals since 2012, as both teams had to rally from 3-2 deficits to win Game 7s on the road.

But if this series quickly becomes as lopsided as some fear – ABC analyst Jeff Van Gundy said he couldn’t remember a bigger gap between finals teams and said any game the Cavs win is a huge upset – many of those people who have tuned in the last few years might be looking for something else to watch by the time the series switches to Cleveland.

‘If James and the Cavaliers win Game 1, you know, the interest is going to skyrocket because they are going to have done what very few – except for them maybe – think they can do, which is win at Golden State,’ Van Gundy said.

‘If they get blown out both games, it doesn’t matter what we say. People aren’t going to be as excited.’

The players won’t apologize for showing up again, or worry that it hurts the NBA.

‘I mean, it may not be as suspenseful as a lot of people want it to be or as drama-filled,’ Durant said, ‘but that’s what you’ve got movies and music for.’

Game 1 begins on ABC at 9pm ET from Oracle Arena in Oakland, California. 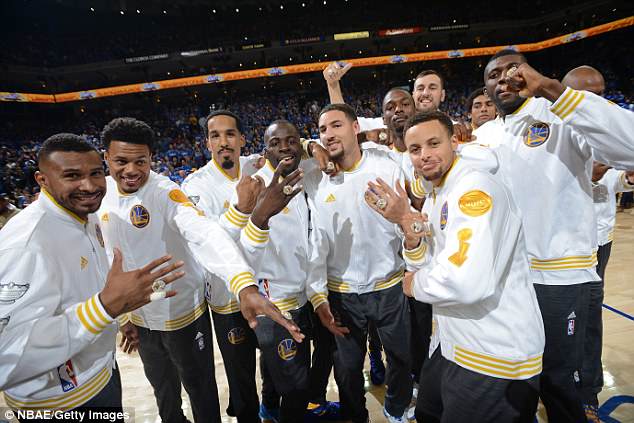 The Golden State Warriors celebrate after receiving their championship rings following their 2015 NBA Finals win over the Cleveland Cavaliers. They would add another in 2017

Some things to watch when the series begins at Oracle Arena:

If the Warriors win, it would be their sixth NBA championship and tie them for third on the all-time list with the Chicago Bulls, who won all theirs with Michael Jordan. Then it would be a long way to go from there to catch Boston (18) or the Lakers (17).

James is appearing in his eighth consecutive NBA Finals, going back to his time with the Miami Heat.

While matching up on the court, James and Durant could flip-flop on the career postseason scoring list. James currently has a slight edge, with his 28.83 points per game placing him fourth and slightly ahead of Durant, who has averaged 28.75. Durant has been even better in the NBA Finals, with his 32.9 points per game ranking last year’s finals MVP behind only Rick Barry (36.3) and Jordan (33.6) among players who have appeared in at least 10 games.

DOING IT WITH DEFENSE

The much-maligned Cavaliers’ defense has shown up in the postseason, where Cleveland is allowing just 99.9 points per game, second among the 16 teams. The Cavs held Boston under 100 points in four of the final five games of the East finals. More impressively, Golden State kept high-scoring Houston under 100 in five straight games and is right behind Cleveland at 100.3 in the playoffs.

Viewers will notice something new on the court during the series. The familiar NBA Finals logo has been replaced and the floor will now be marked with one that reads ‘The Finals presented by YouTube TV.’ 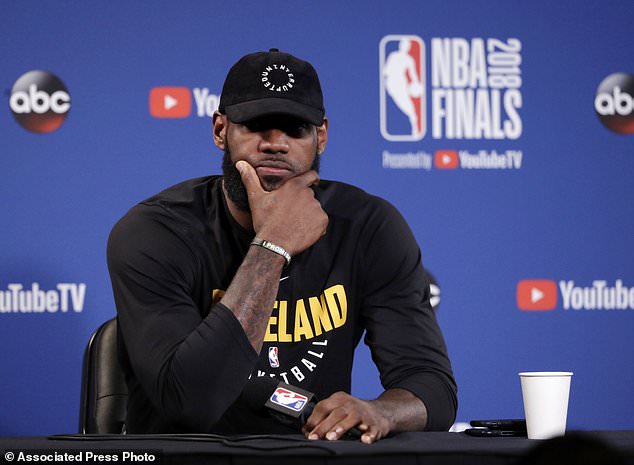 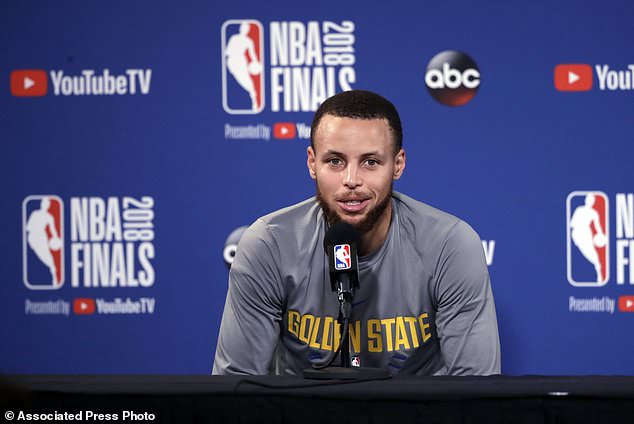 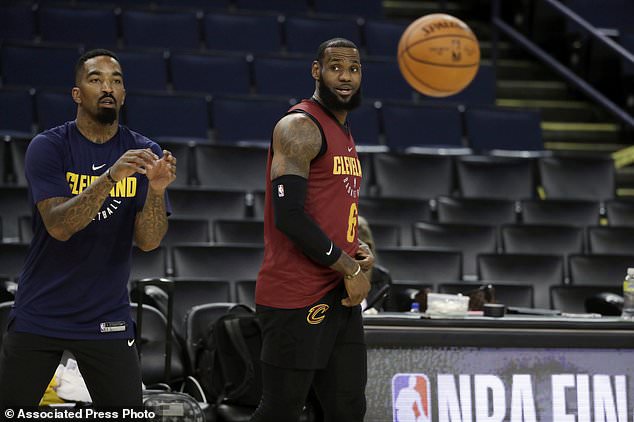