Was Steve Jones the man who stole Angelina Jolie and broke Alex’s heart?

Alex Jones has appeared to hint she dumped her ex-boyfriend Steve after he stole the chance to interview Angelina Jolie.

The One Show host, 44, revealed in an interview on the podcast Thanks A Million with Angela Scanlon that she publicly split from her beau on live TV after he took the chance to meet the actress on the red carpet.

Speaking on the podcast, Alex, who did not name her boyfriend, said that the turbulent split lead to a dark period in her life that eventually helped her get herself together.

Betrayal: Alex Jones has appeared to hint she dumped her ex-boyfriend Steve on live TV after he stole the chance to interview Angelina Jolie

Alex detailed that she was working for a breakfast programme called Rise on Channel 4, and had moved to London with her boyfriend at the time.

‘[My boyfriend at the time] moved to London and started working in London. So did I – I was recruited, believe it or not, on a show called Rise, which I don’t know whether you remember, it was a breakfast show on Channel 4 and I became the entertainment correspondent.’

‘I did all these junkets with film stars. So every Thursday I would come to London and then I would do Thursday and Friday with them and stay for the weekend. I must have been about 25 by this point… 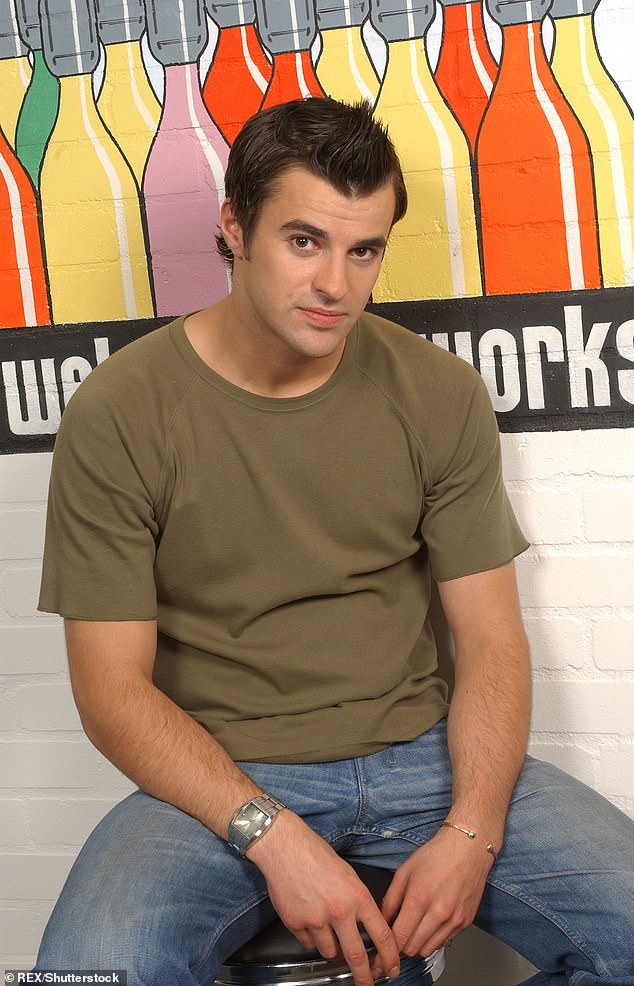 Hinting: The presenter has suggested she split from her beau after he met the actress while she was working on the Channel 4 show Rise (Steve is pictured around that time in 2002) 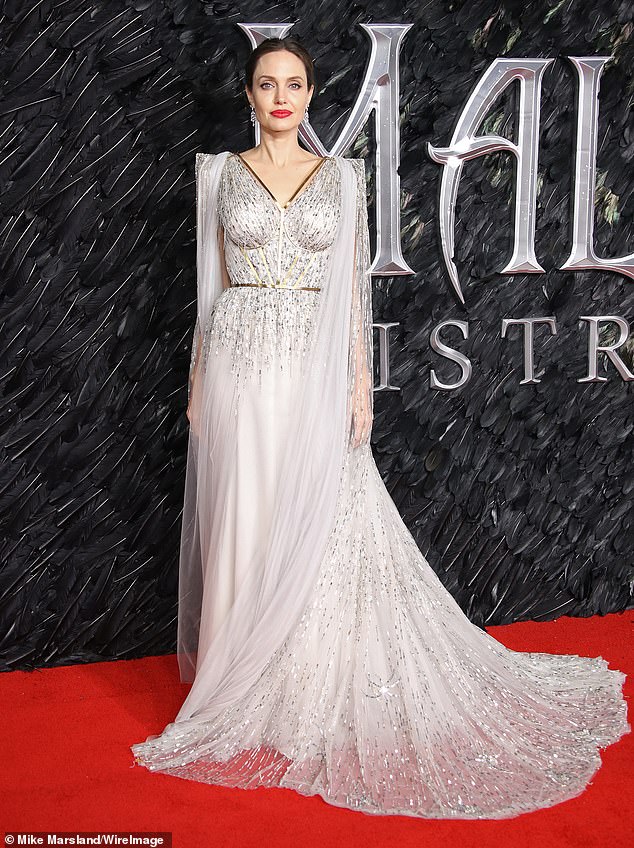 Deceit: Alex revealed that her ex-boyfriend, who she did not name in the interview, betrayed her by taking the interview without her knowledge

‘One day I was in Topshop on Oxford Street and the production company who made the show called the flat were we lived essentially and said we need to speak to Alex. Angelina Jolie is available for an interview and we need her to come and do it now.

‘And he said, ”oh Alex is ill and she actually in Wales, but I could come”. So off he went, I’m still in Topshop, unbeknown to me, buying cheap jeans and shoes.

‘And so I got back to the flat and was like, where is he? Hours went past, nobody answering their phones and in the end thought, right I’m going to drive back to Cardiff, because I don’t know where you are, you’ve probably gone to the pub.

‘And then the production company called, and they were like, we’ve got bit of a situation. Tomorrow morning your boyfriend is going to the premiere with Angelina Jolie and it it would be really funny if you came on the line, live on the show and surprise him and said that you know exactly what he’s been up to.

‘So again, I said yes, so on live telly I’m like, you lied to me, where have you been? So yeah, not surprisingly, we split up live on telly!’ 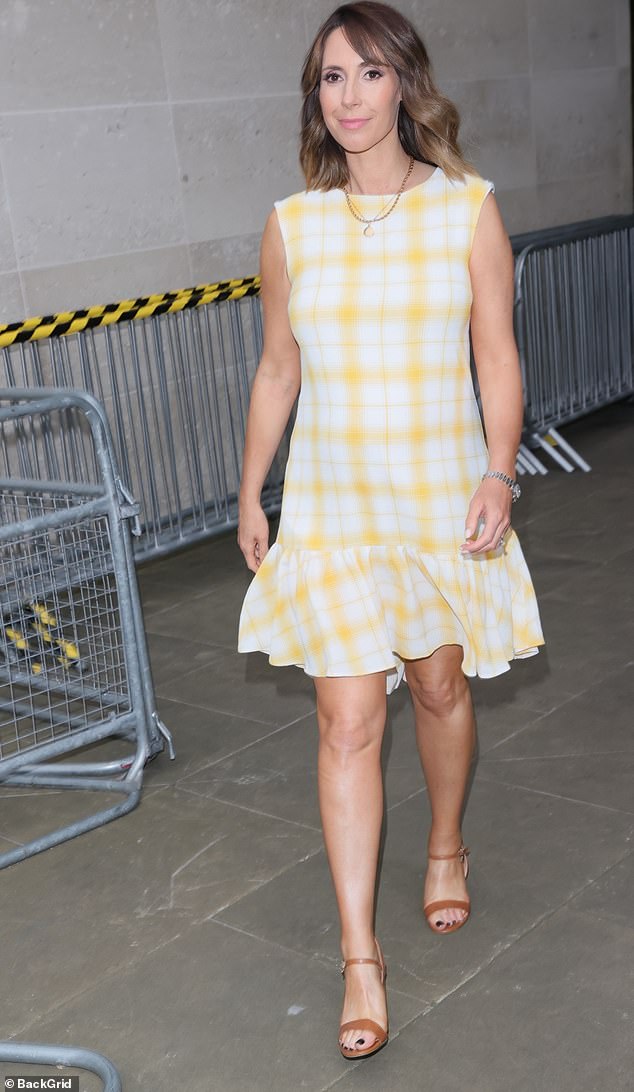 ‘It was a really dark time for about six months!’ Despite the humorous anecdote, Alex admits that it wasn’t a happy time for her

In 2003, Steve landed a presenting job on weekend show T4 after he interviewed Angelina on the red carpet, and revealed at the time he had split from Alex.

He told Wales Online: ‘We are still friends, these things just happen. Alex is brilliant but now I am being a good boy and chucking everything into T4.’

Despite the humorous anecdote, Alex admits that it wasn’t a happy time for her. She adds: ‘It was a really dark time for about six months and even though I was still very happily working in Wales, I just wasn’t myself, my mum was really worried, my fiends were really worried and at that point I thought, nobody is going to me like that again… 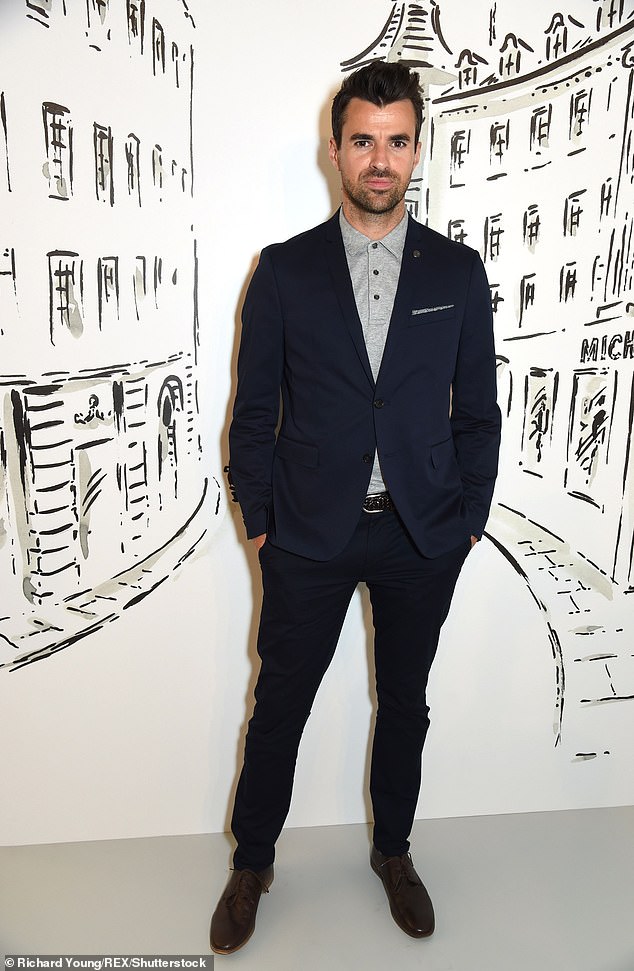 Rumours: After interviewing Angelina, Steve (pictured in 2016) landed a job as a regular on the weekend show T4, and said at the time he was being a ‘good boy’ after his split from Alex

‘I’ve had really nice boyfriends and a really nice husband, but I’m grateful because I needed that experience and I thought when I got myself together, I’m going to have a successful career, I’m going to work really hard and I think it was a real turning point for me.

‘I stopped messing about and i focused and from that point forward, was a real turning point forward when real good stuff started happening.

‘It was mad and I can honestly can laugh about it now and I mean there’s a lot to laugh about, but at the same time, I’m super grateful to him because that experience taught me so much. It taught me about how fickle our industry is, how tough you needed to be.

‘Because I was just a little Welshy, who was like, nobody would do a bad thing on purpose, then was like oh, they actually do. But it taught me a lot about being in love with the wrong person and about how it can really damage you and damage your confidence.

‘And I built myself back up and I thought, I’m going to be a grown up from now on, I’m going to do things properly, I’m going to work at my career and from then on, it started feeling a lot more stable…’

MailOnline has contacted representatives for Steve Jones and Alex Jones for comment.

Alex also discusses her excitement over having a baby girl, and how hating her temp job helped her get the career she has now.

The star is set to welcome her third child in the coming weeks with husband Charlie Thomson. The couple are already parents to sons Edward, four and Kit, two.

Listen to Thanks A Million with Angela Scanlon on Apple, Spotify and all podcast providers. 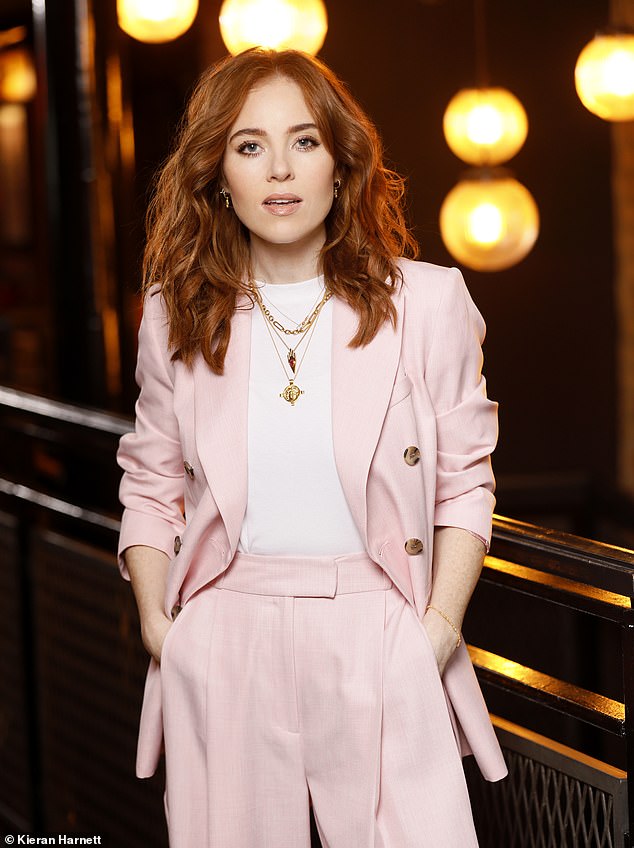 Listen up! Thanks A Million with Angela Scanlon is on Apple, Spotify and all podcast providers