Washington father decapitated girlfriend in front of their daughter

A Washington man beheaded his girlfriend in front of his three-year-old daughter because ‘God told him to strike her down’, police said.

Timothy Paul Hernandez, 32, said he was acting under God’s command when he decapitated Vanessa Cons while their child watched on.

Hernandez and Cons were living in Mount Vernon with his parents who found the headless body when they returned from church at 12.45pm Sunday.

Hernandez said God ordered him to kill his partner after she refused to ‘repent’.

The 32-year-old has been charged with first-degree murder and is being held on a $1m bond, local media reported.

Hernandez’s parents went to church at around 9.30am on Sunday and found the body when they returned home.

Police arrested Hernandez at the nearby Cascade Mall in Burlington where he was shopping with his daughter.

Investigators said Hernandez recited two Bible verses to them when they approached him.

‘Timothy advised that he had spoken with God, who told him to strike down his girlfriend … because she did not repent,’ a detective wrote in the charging documents. 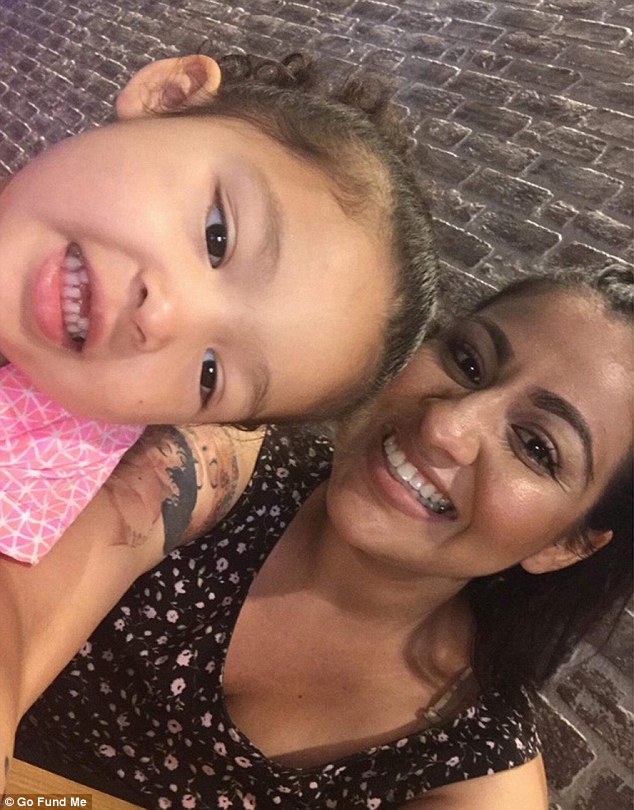 Hernandez told police God told him to strike her down because she would not repent. He decapitated her as their child watched on

‘Timothy stated that he struck her down, and caused for her head to be removed from her body.’

‘Each of the verses that were quoted had passages in them that spoke about women who did not follow God’s word, so God stuck them down.

Hernandez is scheduled to be arraigned September 6 in Skagit County Superior Court.