A Washington man was cured of five brain tumors after doctors used a new radiation technique that specifically targets the masses without obliterating nearby cells.

Five years ago, Bob Searing, 70, of Burien, was diagnosed with prostate cancer and was treated with traditional radiation.

Last year, doctors discovered that – in an ultra-rare case – the cancer had spread to his brain. He was given just months to live.

But radiation oncologists at Kaiser Permanente in Seattle told Searing that they had advanced radiotherapy technology that could target Searing’s tumors while preserving his healthy brain tissue – and in just a few hours.

After one round of treatment in July 2018 and months of follow-up scans, it was confirmed that the tumors have disappeared.

Bob Searing, 70 (pictured), of Burien, Washington, was diagnosed with prostate cancer in fall 2014 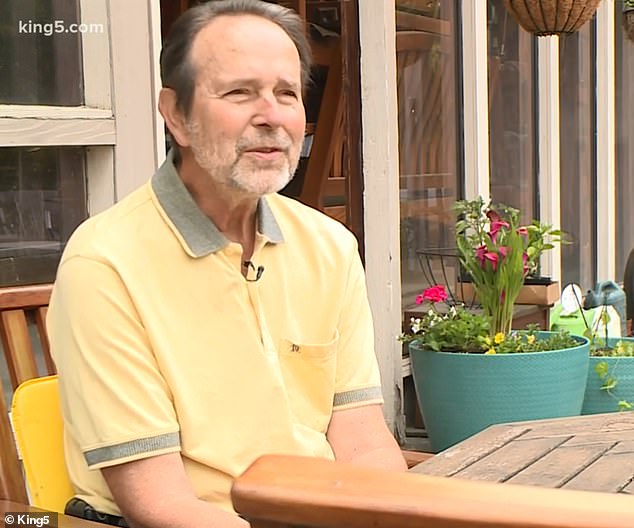 In May 2018, he called 911 and was rushed the hospital after experiencing blackouts and flashes at home

Searing told DailyMail.com that he happened to be in for a routine physical exam when he was diagnosed in fall 2014.

‘I mentioned that I had urinary issues, having to go often, so my doctor decided to do a blood test,’ he said.

Searing’s doctor performed a PSA test, which measures the amount of prostate-specific antigen in the blood, and found that the levels were very high.

A follow-up biopsy at Kaiser Permanente confirmed that Searing had prostate cancer.

The American Cancer Society says prostate cancer is the most common cancer in US men aside from skin cancer.

Prostate cancer typically grows slowly and, if detected early while it’s still confined to the prostate gland, there is a successful chance of treatment.

Searing was treated with radiation over the course of a month and drugs that he still takes today to lower his PSA levels.

‘At that time, [the cancer] was assumed to be in that one spot, in the organ itself,’ he said.

‘So the best treatment was to neutralize cancer in the organ. I had no lingering effects of any sort.’

That is, until last May, over Memorial Day weekend, Searing was at home doing work when he began experiencing blackouts and flashes.

He called 911 and was rushed to the hospital, where doctors discovered five brain metastases.

Scan showed that Searing’s prostate cancer had spread to his brain, something that occurs in just 0.16 percent of cases, according to one study. 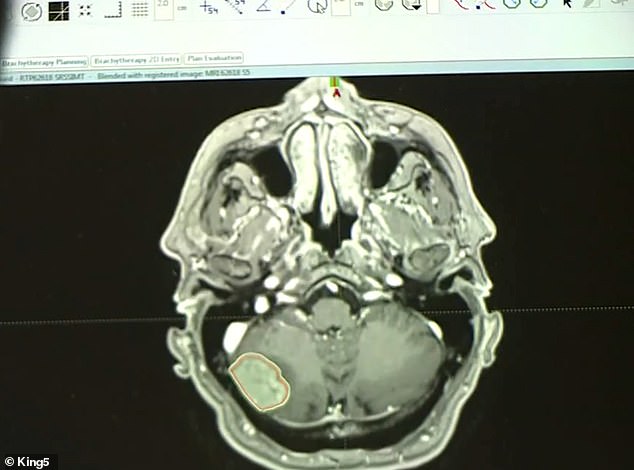 Doctors discovered the cancer had spread to his brain and he had five tumors. Pictured: An MRI scan of Searing’s brain 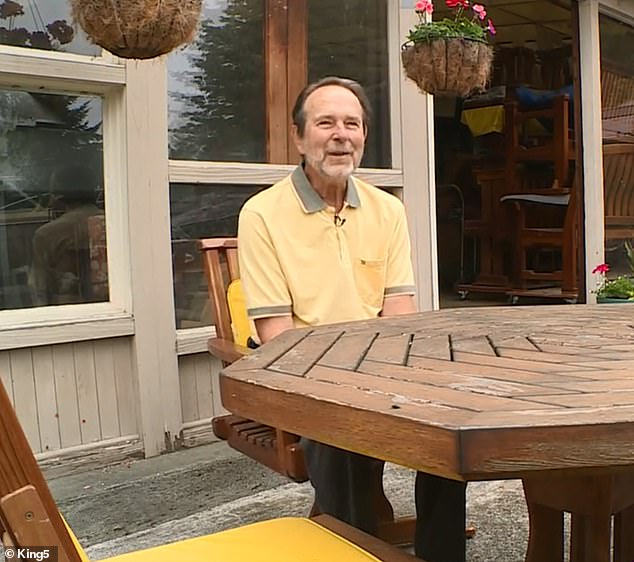 ‘I was somewhat relieved,’ he said.

‘I am a mechanical-oriented type of person. If something is wrong, I know I can fix it, and, when I was diagnosed, it was pretty well-figured out, what the next step of action would be.’

Searing had five tumors, only one of which was surgically operable. The other four were embedded too deep in the brainstem.

‘It’s an advanced, non-invasive treatment technique that allows us to precisely target brain metastases while sparing surrounding normal brain [tissue] in less than half an hour,’ he told KING 5.

In the past, patients were exposed to high-dose radiation, which helped shrink tumors, but also damaged healthy brain tissue and surrounding structures.

Oncologists locate the tumors down to the micrometer and target them all at once, rather than one at a time as used to be the case – and in just a few hours.

Searing had one round of treatment in July 2018. Quarterly follow-up scans show that Searing’s tumors have completely disappeared.

‘Not everybody will be so lucky and I feel really lucky that I didn’t succumb to cancer,’ he said.