Its a sign that changes are happening with how the Washington State Department of Transportation handles the theft of ’69’ and ‘420’ mile marker signs- as they are swapped for alternatives.

Some people who have found the numbers ’69’ – a term for a sexual position, and ‘420’ a notorious code for marijuana- humorous, have taken their kicks to the next level and stolen signs with those numbers.

In an effort to stop the theft, the state’s DOT is replacing the signs.

‘Depending on location and what was taken, we can replace the sign or, at times, leave one blank — so there would be a 419 and 421 mile-marker but not a 420,’ DOT spokeswoman Beth Bousley told the Seattle Times.

What a difference .01 makes: The Washington state Department of Transportation is swapping 420 and 69 mile marker posts for slightly different numbers to stop theft

‘In addition, we’ve created other signs, 419.9 and 68.9, so they still give drivers location information without being a popular number to steal.’

‘I know that it’s going on,’ Patrol spokesman Trooper Rick Johnson said, ‘and I guess I can understand it on a juvenile level, but it’s not necessarily funny when you take into account the issues it causes.’ 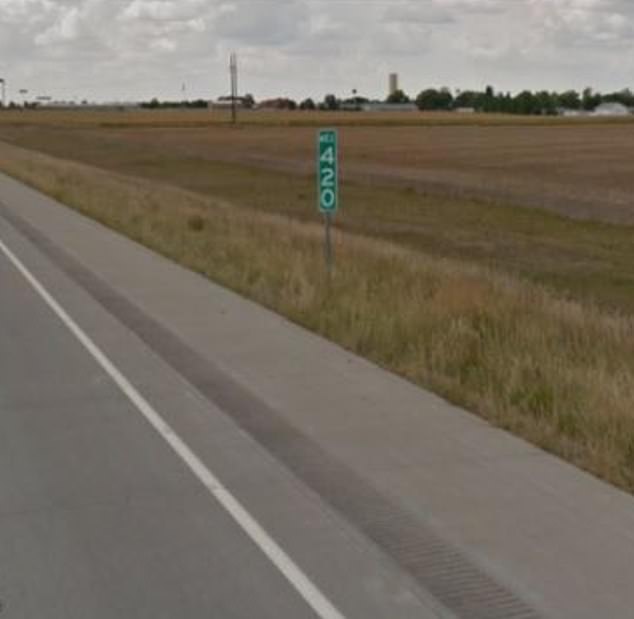 The signs are costly, with some being as much as $1,000 to replace, according to the DOT, plus stealing the signs is hazardous to other motorists.

They’re also used to help find addresses in rural areas, to help drivers track their route, and to pinpoint areas that need maintenance, she said.

Stealing a mile-marker sign could lead to a misdemeanor-theft charge and can be punishable by up to 90 days in jail or a $1,000 fine.