Welcome to my other world,’ says Biyi Alo, as he stoops his head to enter the low-ceilinged, sound-proofed recording studio.

With vinyl records from Kanye West, Snoop Dogg and Nas mounted on the walls, it feels a long way from the conservative lines of the rugby pitch. The Wasps prop is approaching one million streaming hits on Spotify and has just been working on his latest video, Chopper Sounds, set around a London estate.

‘People think you should do one or the other: music or rugby,’ he says. ‘You wouldn’t expect someone from rugby to go into music because it’s a public school, white, male sport. You wouldn’t really expect a black guy from London to be in professional rugby. It’s a nice juxtaposition but music is all around you at a rugby match. 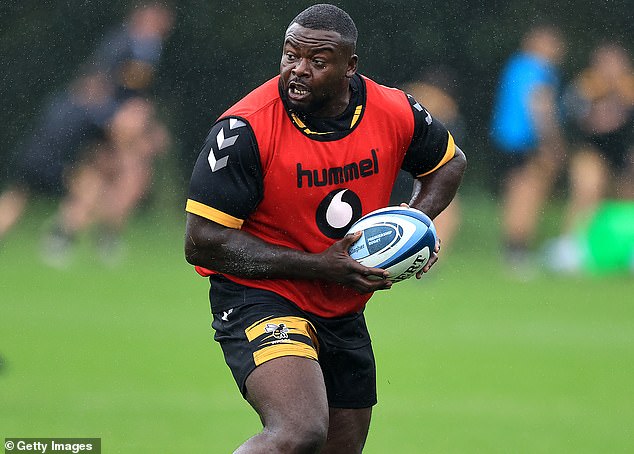 For now, rugby is still very much Alo’s priority and is focused on another play-off push

‘When I wrote my first song back in 2018, I just played it to myself because I didn’t want my team-mates to hear it. I’d been in love with music for a long time, mainly writing poems.

‘My worry was, “I’m a big tighthead prop, do I really want to come across as this guy with all these deep feelings?”

‘I had a couple of team-mates round for dinner, put my song on and left the room. I came back in and I realised most of my concerns were just in my head. I put my heart on my sleeve a bit and the guys quite admired it.’

Alo’s profile is growing in the underground music world, featuring regularly on urban music shows and collaborating with producers and videographers. And his songs are also growing in popularity with his most-feared critics: his team-mates. 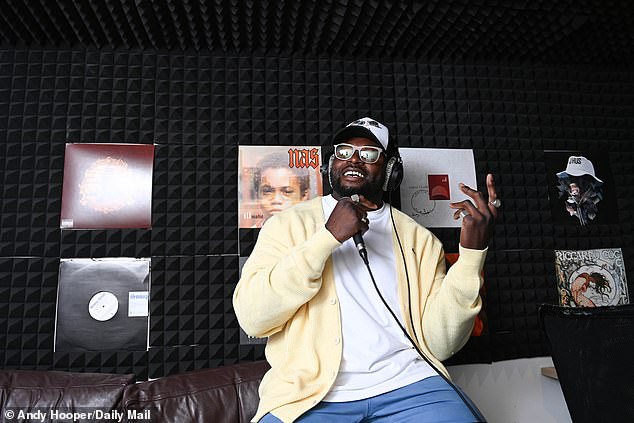 As for his musical ambitions, Alo, who exclusively spoke to Sportsmail, has equally big goals

‘There’s a whole diverse range of people in the changing rooms and guys I wouldn’t expect have come up to me and repeated lines from a song I have done,’ he says.

‘I would be like, “Hang on, you always play the Frozen soundtrack in the gym — I didn’t think my stuff would connect with you!” There are still some guys there who won’t listen to anybody but Oasis but rugby is seeing a lot more characters now. People are learning to be themselves more. Rugby’s getting there.’

One of his team-mates, Gabriel Oghre, even asked to feature in the video for his recent Blame Game video. ‘He curled his hair and wore his best shirt for it!’ laughs Alo. ‘He came all the way from Coventry to Sussex for it so I was really happy to see his support.

‘We had an old white Ferrari for that video and I’ve only driven modern cars, like my Golf with its automatic handbrake. I forgot to lift up the handbrake the whole day so that shoot almost got written off!’ 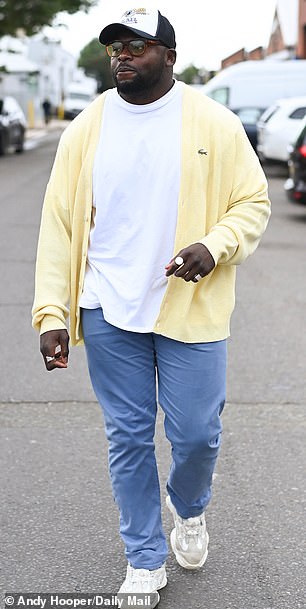 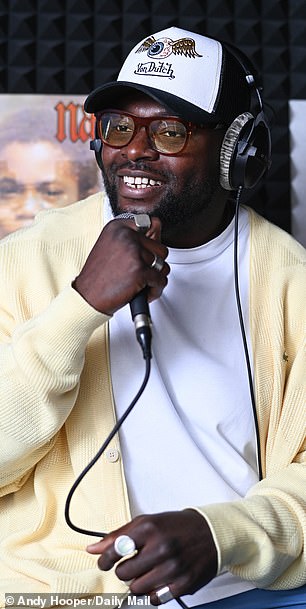 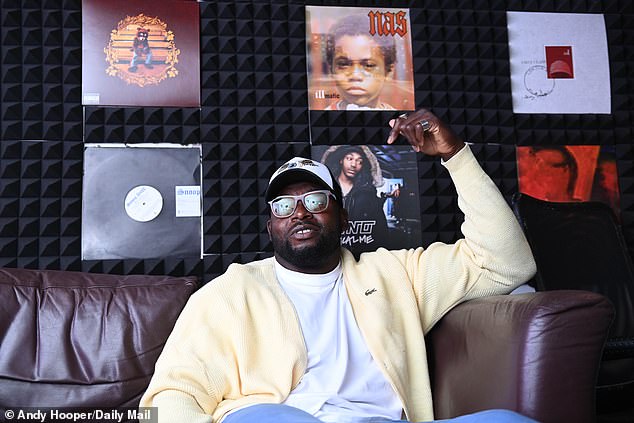 Alo has lost almost two stone, now weighing in at 128kg, and he says he’s ‘grown up a bit’

For now, rugby is still very much Alo’s priority. He once held the record for being the Premiership’s heaviest player, weighing in at 22st 7lb (143kg), but he has lost over two stone and is now focused on another play-off push with Wasps.

‘I’m in here whenever I get time off but the games have to take priority,’ he says. ‘I am 128kg (20st 2lb) now. It has been a journey, but my life decisions now wouldn’t let me get back to what I was before.

‘I was bingeing a lot or emotionally eating — eating when I was angry or annoyed and not thinking about the bigger picture. I would think, “This burger is nice, I will eat it”. Now I think of why I am feeling a certain way and I think I have grown up a bit. It’s about keeping everything in balance. 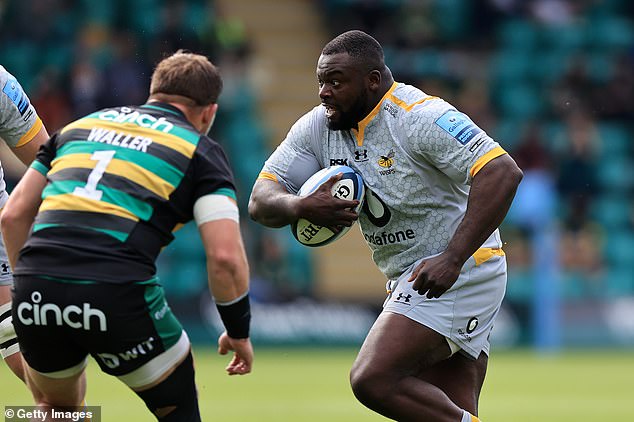 On Wasps, Alo said: ‘Everyone silently knows this year is big for us – we are in a good space’

‘With Wasps, nothing is holding us back any more. Everyone silently knows this year is big for us and wants to deliver this year — we are in a good space.’

As for his musical ambitions, Alo has equally big goals. ‘I want music that can fit into many spaces,’ he says. ‘I want to do tours and shows. I want people to come to see me playing at a festival.

‘Music is difficult because you’ve got to tune out some of the noise. Drake dropped an album the other week and people said it’s the worst thing they’ve ever heard. Everyone’s got an opinion.

‘I’d like to do songs that fit into games, fit into movies, fit into those spaces. I believe in my music and I want to connect with audiences. But the main thing is that I do it for the love of it.’