This is the moment a toddler took his first steps – with Donald Duck at Disneyland.

The video of little Wrigley’s walk at the resort was shared by proud Anaheim father Will Sample, who tweeted the clip to Ellen DeGeneres’s talk show account.

The Californian toddler seems initially reluctant but, after some encouragement from the costumed character, takes some cautious steps.

After the boy stumbles through his first ever walk, Donald Duck congratulates himself for his part in the moment, taking a bow and brushing his shoulders.

Wrigley at first appears reluctant, as the Disneyland character extends his wings to the boy 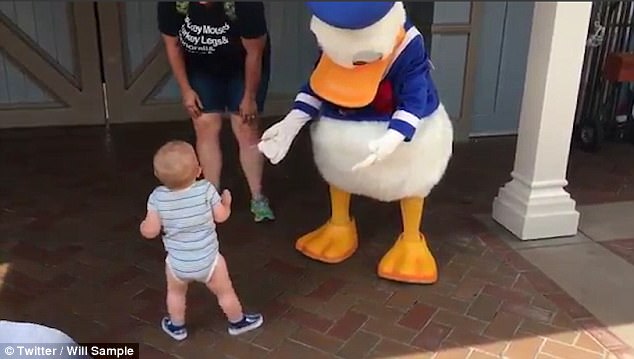 After Donald Duck continues to encourage the toddler, he takes his first steps at the resort 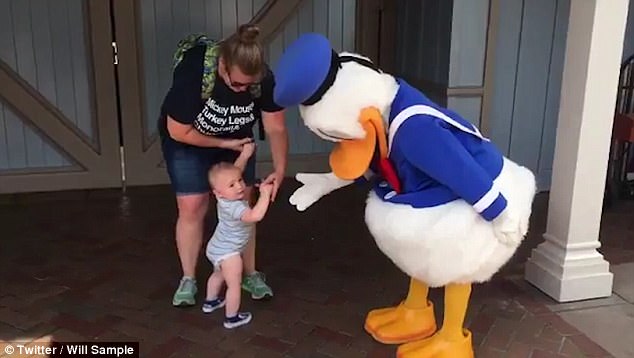 He then offers Wrigley his hand but, when the toddler appears confused, settles for giving him a round of applause.

Walt Disney created Donald Duck in 1934, with his explosive temper creating comedy across comic books and cartoons in contrast to this touching moment.