Watch out Manchester United: Lionel Messi and his Barcelona team-mates dress to impress

Watch out Manchester United: Lionel Messi and his Barcelona team-mates dress to impress in £4,200 suits as they travel to crunch Champions League tie at Old Trafford

Barcelona dressed to impressed in their £4,200 suits as they made their way to Manchester ahead of their quarter-final first leg clash with United.

The likes of Lionel Messi, Luis Suarez and Philippe Coutinho donned the grey Thom Browne three-piece suits as they boarded a plane to Manchester.

Ousmane Dembele, who is struggling with a hamstring injury, is among the travelling party despite not being given clearance to play due to medical reasons. 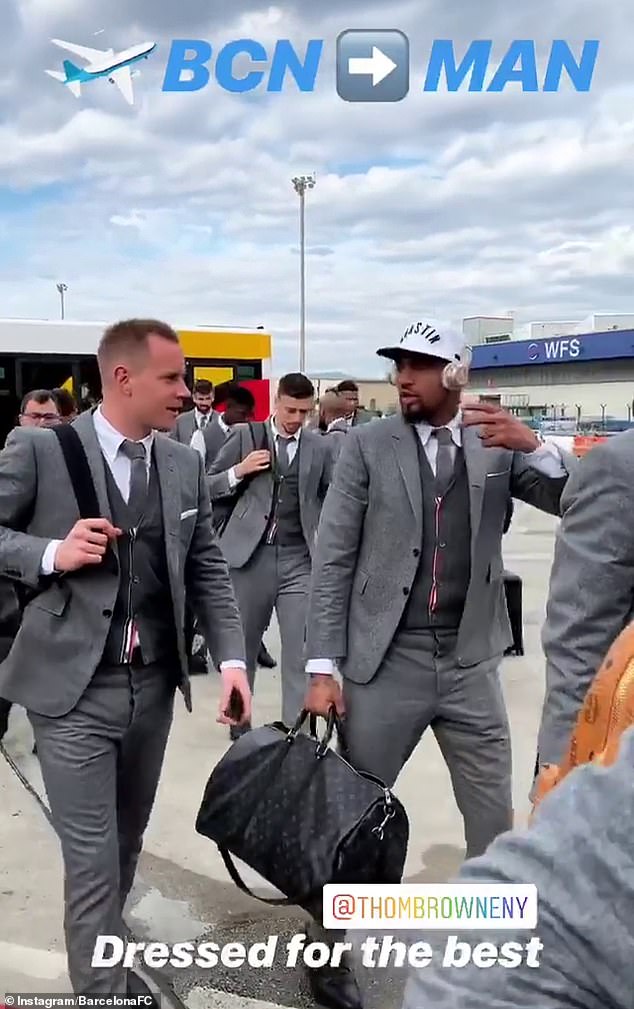 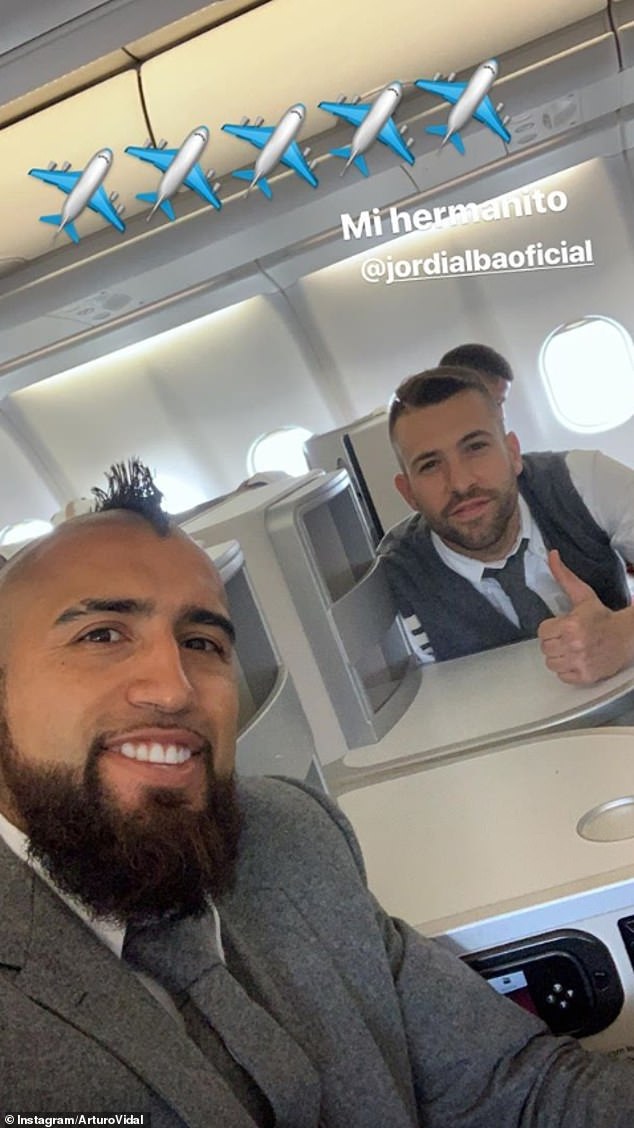 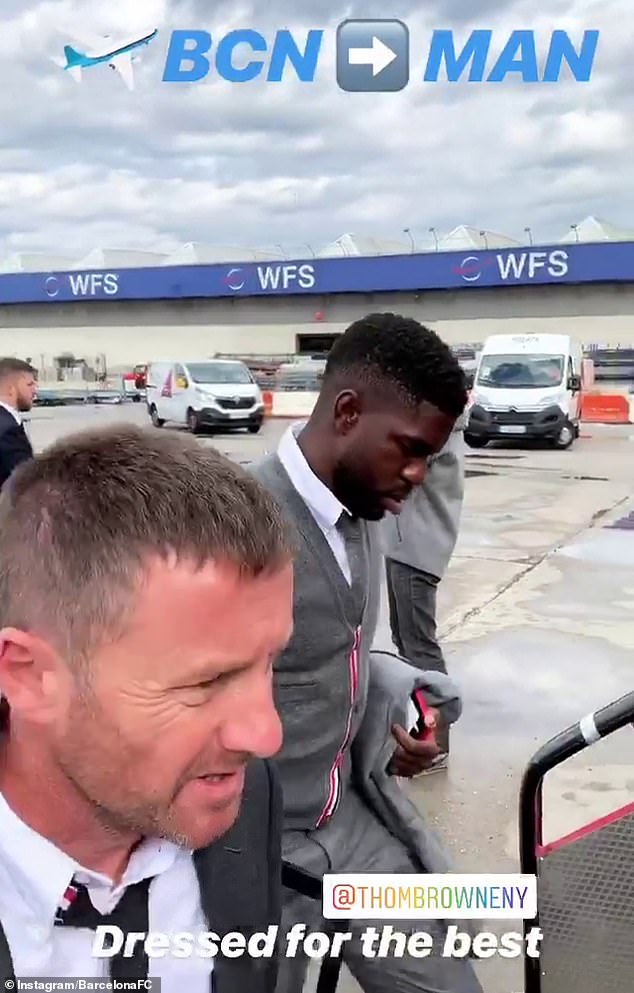 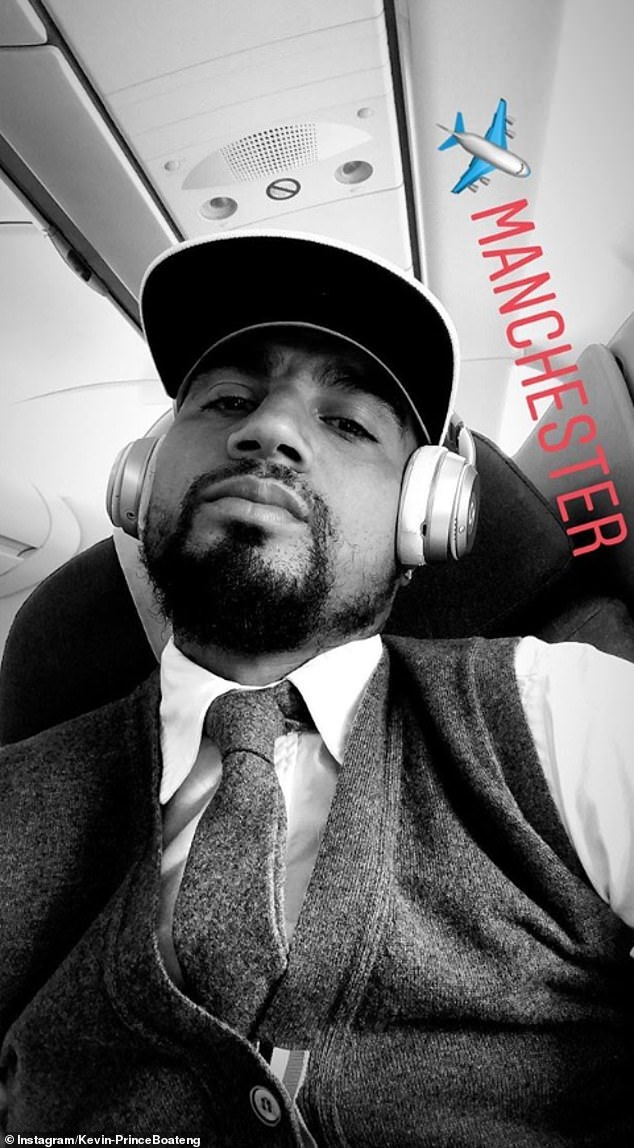 Barcelona are expected to train at Old Trafford on Tuesday evening before facing the Red Devils on Wednesday night.

Ernesto Valverde’s side go into the clash in great form having not lost a game since January 23.

They will be full of confidence having beaten La Liga rivals Atletico Madrid 2-0 at the weekend.

Zlatan Ibrahimovic, who previously played for both Barcelona and Manchester United, believes the upcoming encounter between his former sides will be ‘very attractive to watch’.

He told Barcelona’s official website: ‘I think it will be a very interesting game. Two big clubs playing against each other. Both clubs with great history and it will be exciting to see.

‘Both teams have fantastic players so let’s see who will be the strongest on the day. Obviously you have Messi, who makes the difference in every game he plays. It’s no secret.

‘Obviously at United you have [Paul] Pogba making the difference there. I think it will be a battle between Pogba and Messi even if it’s a collective sport. I think these games are all about the team and not individual players but these are the players that make the difference.’