‘Stop reacting, we have to ACT… that fire you have in your f****** belly, bring it on’: Thierry Henry’s rousing speech to his Montreal Impact players before their comeback victory to secure spot in 2020 MLS play-offs goes viral

Montreal Impact have shared a behind-the-scenes clip of the rousing speech boss Thierry Henry gave his players before their season-defining MLS match against DC United on Sunday.

In the video, the Arsenal and France legend can be seen urging his players to ‘erase everything’ ahead of a game that his side needed to win to book their place in the 2020 MLS play-offs.

Despite going behind, Montreal then came back to secure victory – and an post-season MLS Cup spot – with an 88th minute winner. 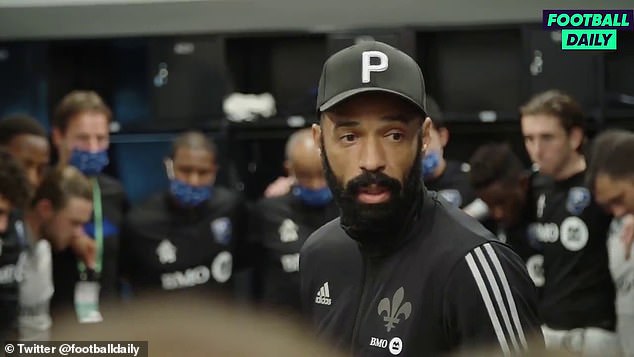 In the video, which sees Henry in the middle of his players and staff pacing around the changing rooms ahead of the game, the Frenchman can be heard saying: ‘Listen to me very carefully. This is not about tactics, this is not about what we worked on.

‘It’s an idea of how you should play, attack and defend, but desire is going to be key today. More than key. It has to be way more than what we have done. And stop reacting… we need to ACT. It’s about f****** desire, nothing else. Nothing else.’

In the video clip, which went viral on Twitter after it was posted by the club, the players are completely silent and appear to be hooked on every word the former striker says.

‘Now it’s a battle. Erase mistakes, play simple, don’t let the ball die in your feet, move it, be brave on and off the ball. You have to believe in it and see it. Very important, guys.

‘We’ve suffered all year round, and we all know we’ve suffered. Individually, professionally, personally, hard. And we have the chance to erase everything, in one game. One game. Whatever it takes, that fire you have in your f****** belly. Bring it on. Bring it on.’ 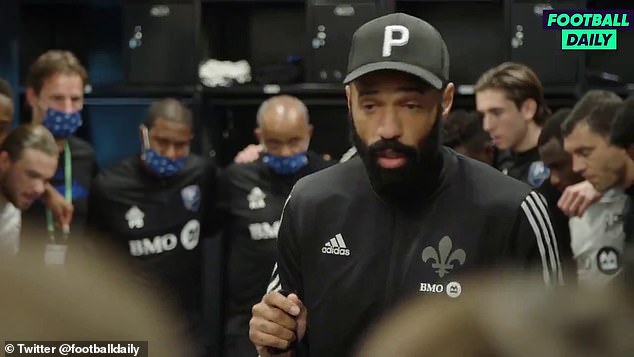 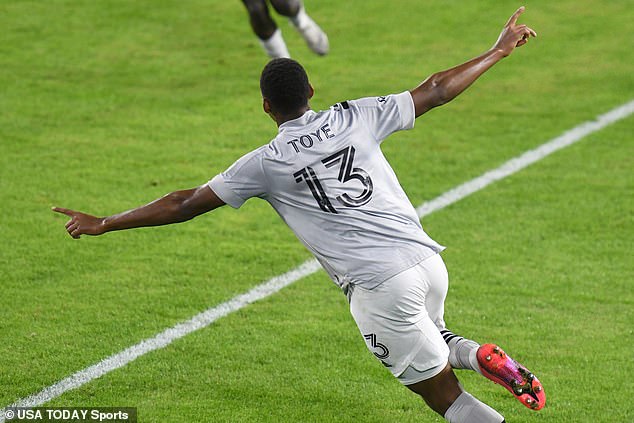 In the match that followed, DC United went ahead early before former Stoke and Barcelona forward Bojan Krkic quickly responded. The Canadians were 2-1 down at half-time though, when Ola Kamara put DC back ahead.

Another name familiar to fans of the Premier League levelled up for Montreal though, with ex-Southampton and Tottenham midfielder Victor Wanyama getting on the scoresheet.

In the latter stages of the game, Romell Quioto secured the much-needed third goal and despite a red card in injury time, Henry’s men held on for the victory. 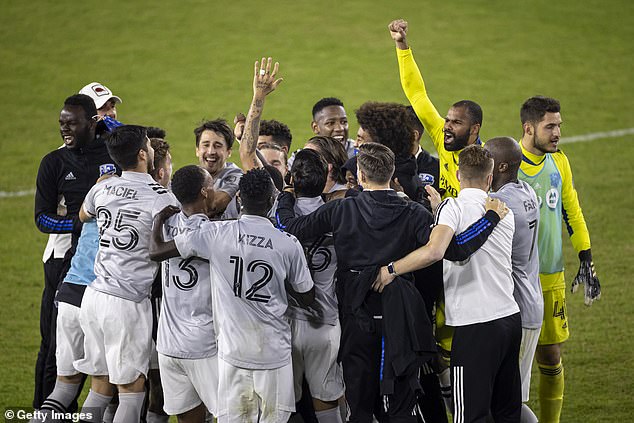 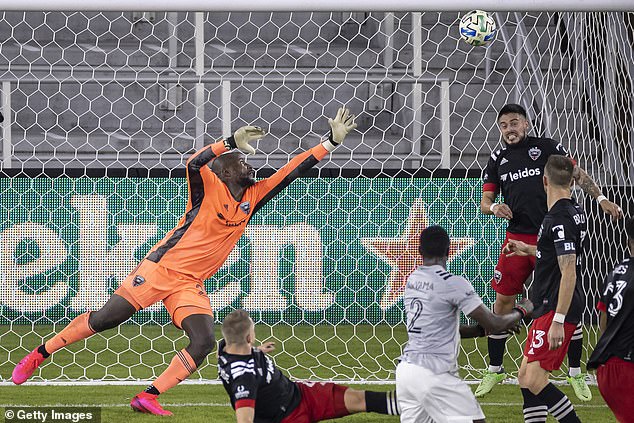 Victor Wanyama, formerly of Southampton and Tottenham, was also on the scoresheet