The remains of 3,000-year-old skeletons have been discovered while a water company worked to save a rare chalk stream in Oxfordshire.

The skeletons are thought to date back to the Iron Age and Roman eras and have long been buried in the area before being unearthed by Thames Water.

The company were working on a £14.5million project to ease pressure on Letcombe Brook near Wantage when they made the historic find. 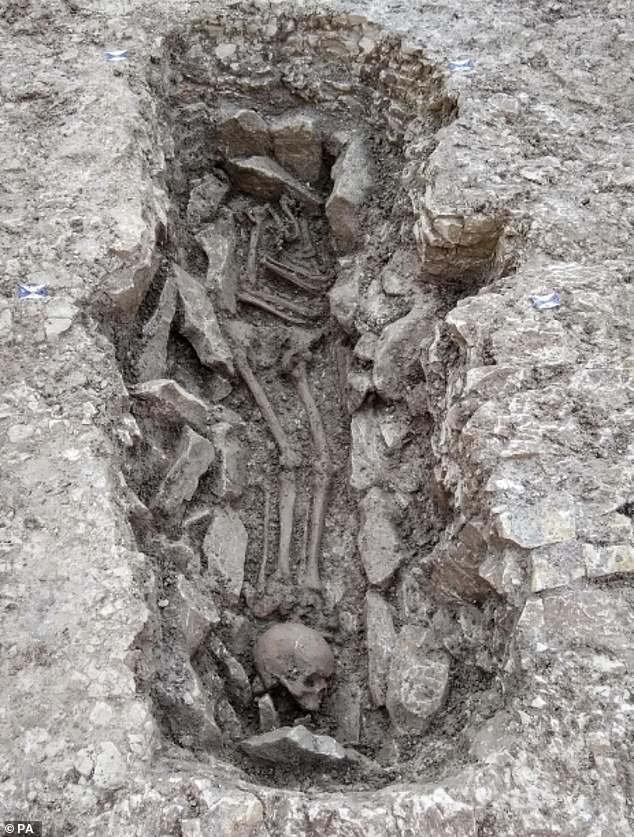 Skeleton uncovered with skull placed at its feet

While laying new water pipes workers discovered an selection of historic artefacts which were all part of an ancient settlement in the area.

During the excavation workers discovered 26 human skeletons, which are thought to have been involved in ritual burials as studies have previously suggested this is how Iron Age communities were laid to rest.

A female skeleton was discovered among the ruins which had been buried with her feet cut off and her arms bound behind her head.

The remains of 3,000-year-old skeletons have been discovered while a water company worked to save a rare chalk stream in Oxfordshire 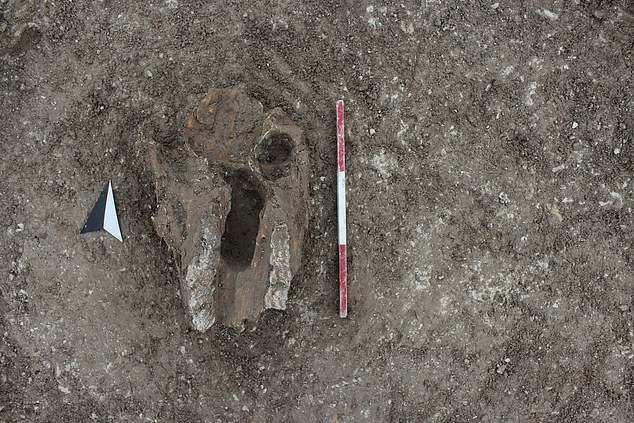 Animal skull, probably from a horse, placed in an Iron Age pit 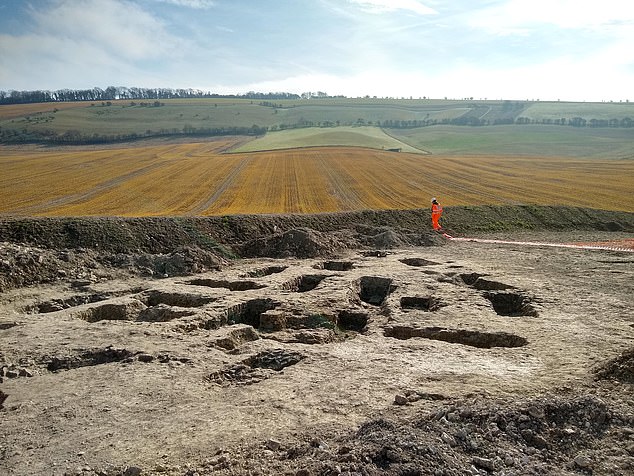 The dig site near Letcombe Bassett where the remains were discovered

Cotswold Archaeology has removed the items for forensic examination, allowing Thames Water to start laying the six-kilometre pipe which, following consultation with residents, will supply nearby villages with water taken from groundwater boreholes near the River Thames and not Letcombe Brook.

‘The Iron Age site at Childrey Warren was particularly fascinating as it provided a glimpse into the beliefs and superstitions of people living in Oxfordshire before the Roman conquest. 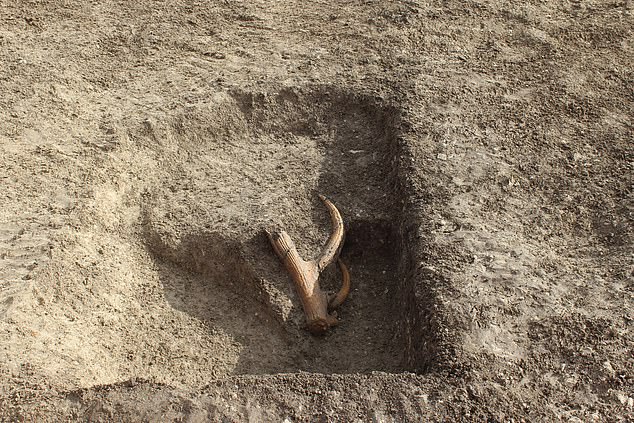 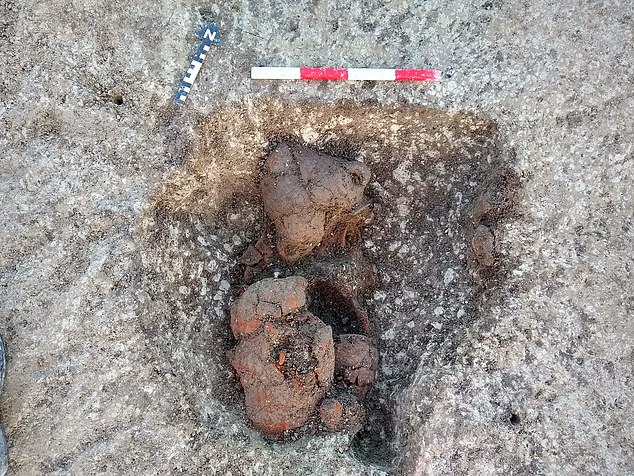 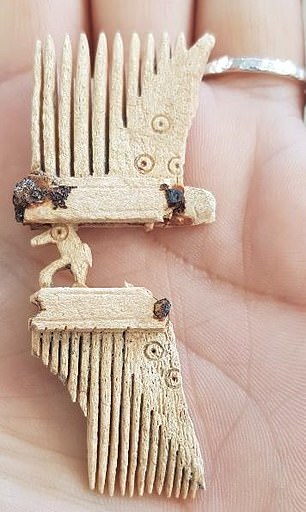 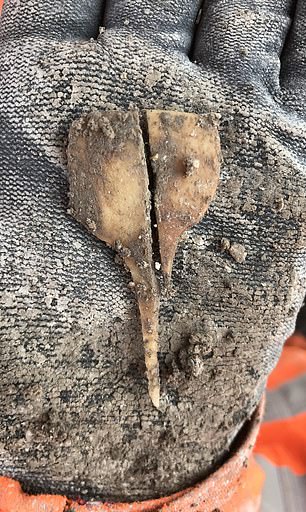 ‘Evidence elsewhere suggests that burials in pits might have involved human sacrifice.

‘The discovery challenges our perceptions about the past, and invites us to try to understand the beliefs of people who lived and died more than 2,000 years ago.’

Paolo Guarino, Cotswold Archaeology project officer, added: ‘These findings open a unique window into the lives and deaths of communities we often know only for their monumental buildings, such as hillforts or the Uffington White Horse. 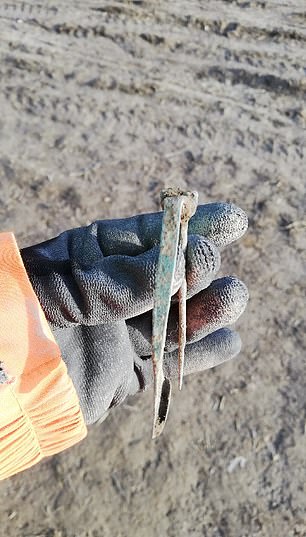 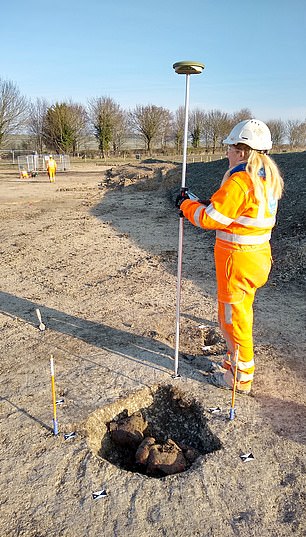 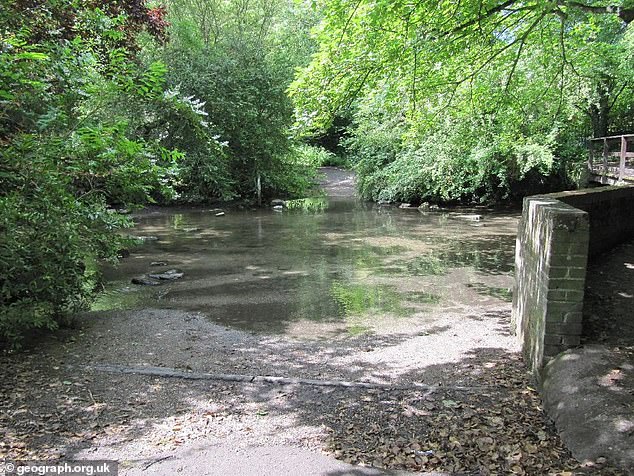 The company were working on a £14.5million project to ease pressure on Letcombe Brook near Wantage (pictured) when they made the historic find 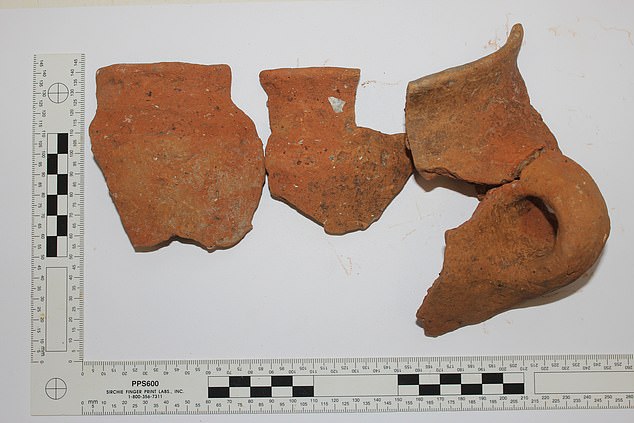 Iron Age Pottery (c.700-400 BC) was among the findings at the historic site 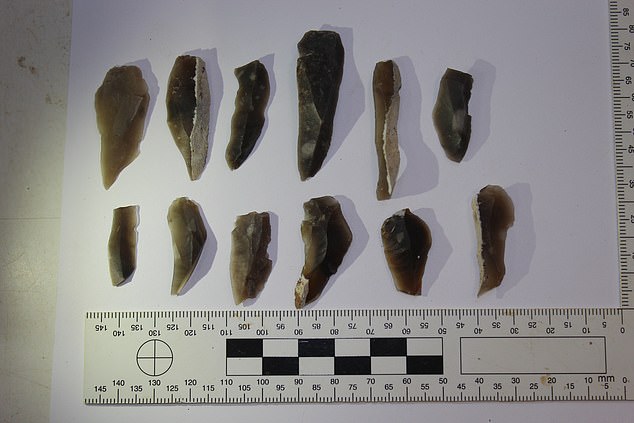 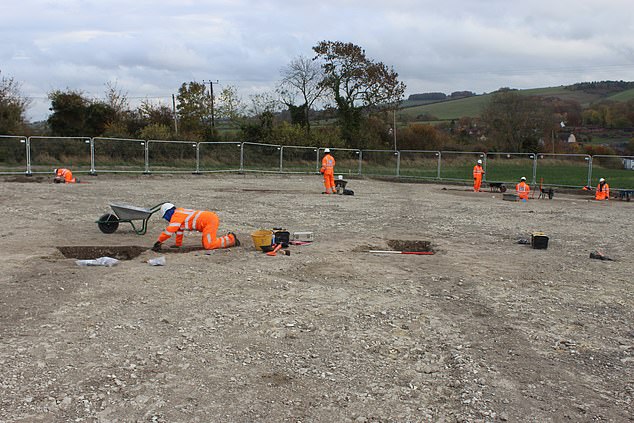 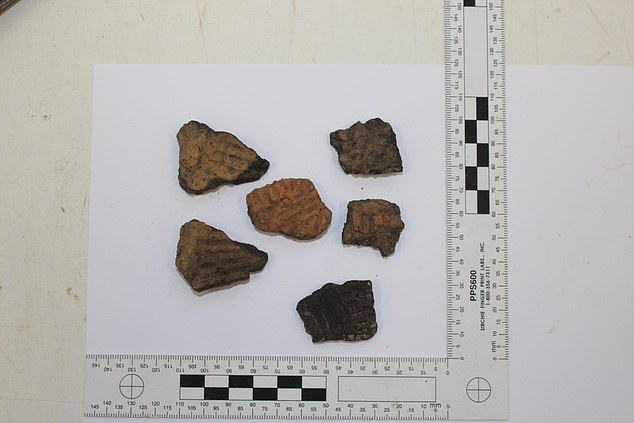 ‘The results from the analysis of the artefacts, animal bones, the human skeletons and the soil samples will help us add some important information to the history of the communities that occupied these lands so many years ago.’

Chris Rochfort, Thames Water environmental manager, said: ‘We’ve found significant historical items on many previous upgrade projects but this is one of our biggest and most exciting yet.

‘This is a £14.5m project which is going to have real benefits for the environment by reducing the need to take water from the Letcombe Brook, a chalk stream which is a globally rare and highly important habitat for us to protect.

‘As a result, future generations will be able to enjoy it for years to come – and now they can also learn about their village’s secret history.’

The archaeological findings have already been shared with residents at events in Letcombe Bassett and Letcombe Regis village halls.