Water flooded into the Lincoln Tunnel as worried drivers from New York City and New Jersey sat in heavy traffic during the evening rush hour.

Footage of the frightening situation was taken Tuesday when water began leaking from the right wall and gushing into the roadway.

‘I’m pretty sure there’s a movie about this and everybody dies,’ he added, referring to the 1996 Sylvester Stallone movie, Daylight.

The Lincoln Tunnel, which sits 97 feet under the Hudson River at its lowest point, first opened in December 1937 to connect midtown Manhattan to New Jersey.

It stretches 1.5 miles underwater and is comprised of three vehicular tubes that see traffic from across the metropolitan area.

The video has been shared to social media, where it has amassed more than 2 million views online.

On Twitter, the Port Authority revealed that a water main rupture happened in a facility room in the Center Tube. 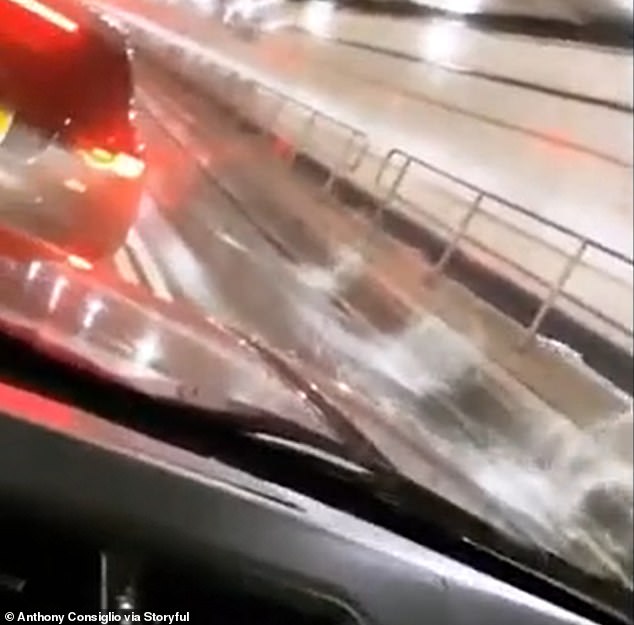 ‘It was fixed and the water was pumped out as designed,’ officials said,

But residents who saw the leaking tunnel were shocked and scared.

‘Who has “Lincoln Tunnel leak” on their 2020 Bingo card?’ one person wrote on Twitter. 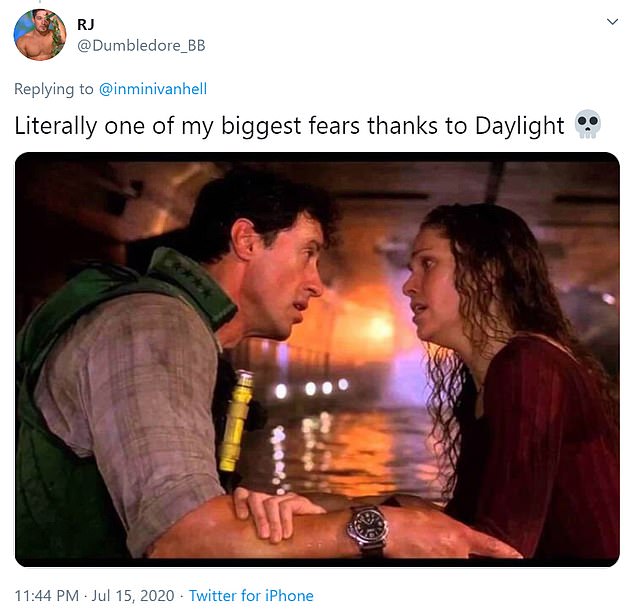 Some Twitter users compared the Lincoln Tunnel flood to a scene in the 1996 Sylvester Stallone movie, Daylight

A few people referenced the flood scene in Daylight, but several others admitted that the tunnel flooding is one of their biggest fears.

‘Literally one of my biggest fears thanks to Daylight,’ one user wrote, attaching a photo from the movie of Stallone and actress Amy Brenneman.

Speaking of nightmares, who hasn’t been in the Lincoln Tunnel and feared this happening?’ one person wrote. ‘Oh 2020, thy cup of mayhem overfloweth.’

One woman wrote: ‘Always told myself my fear was irrational. There goes that.’

‘Drowning in my car due to the Lincoln Tunnel breaking apart was one of my fears growing up,’ wrote on woman.

There are no other reports of flooding as of Thursday.