Parts of England risk running out of water within the next 20 years because the Government and regulators have ‘taken their eye of the ball’, MPs have warned.

In a damning report, the Commons Public Accounts Committee revealed today nearly three billion litres is lost due to leaking pipes every single day – a figure described as ‘wholly unacceptable’.

MPs say there has been ‘no progress’ in reducing leakage over the past two decades, ‘very little’ has been achieved in reducing demand and a ‘far too ponderous’ approach has been taken to improving water infrastructure.

In a damning report, the Commons Public Accounts Committee revealed today nearly three billion litres is lost due to leaking pipes every single day. Pictured: A cyclist rides his bike through flood water in north London on Monday after a water main burst

Data shows Thames Water, the biggest company in the sector, responsible for serving 15 million people, lost 22,200 litres per kilometre of pipe each day between 2017-18 and 2019-20, more than double the rate of the next worst performer.

Industry regulator Ofwat expects leakage to fall by 16 per cent between 2020 and 2025, saving 561 million litres of water daily, but MPs claim such targets rely on ‘as yet unknown and untested approaches’.

Committee chairwoman Meg Hillier said: ‘It is very hard to imagine, in this country, turning the tap and not having enough clean, drinkable water come out – but that is exactly what we now face.

‘Continued inaction by the water industry means we continue to lose one fifth of our daily supply to leaks.

‘Empty words on climate commitments and unfunded public information campaigns will get us where we’ve got the last 20 years – Nowhere.’

The committee was scathing in its assessment of the Department for Environment, Food and Rural Affairs (Defra), saying it had shown a ‘lack of leadership in getting to grips with these issues’. 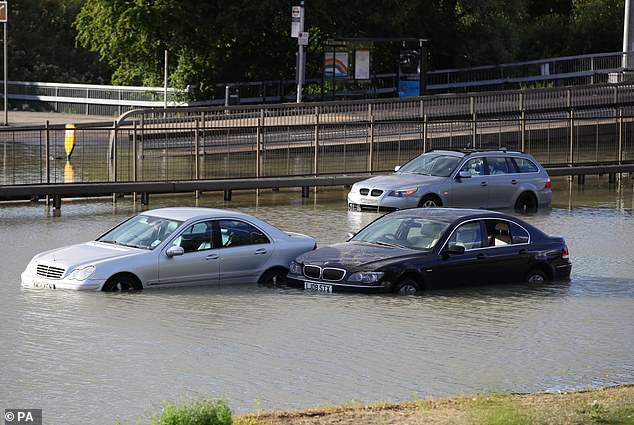 Cars were abandoned on the North Circular road near Brent Cross, north London on Monday after a water main burst

The department must ‘step up, make up for lost time and ensure all parties act with the urgency required’, the MPs said.

The report said: ‘There is a serious risk that some parts of the country will run out of water within the next 20 years.

‘More immediately, some areas are facing shortages during the Covid-19 pandemic.’

The report drew upon work by the National Audit Office which warned parts of the south and south-east of England will run out of water within the next 20 years unless concerted action is taken.

The MPs said that due to rising demand and falling supply of water, the Environment Agency now estimates England will need an extra 3.6 billion litres per day by 2050 to avoid shortages.

But a fifth of the water currently used – more than three billion litres – is lost to leakage every day – a figure the committee said is ‘wholly unacceptable’. 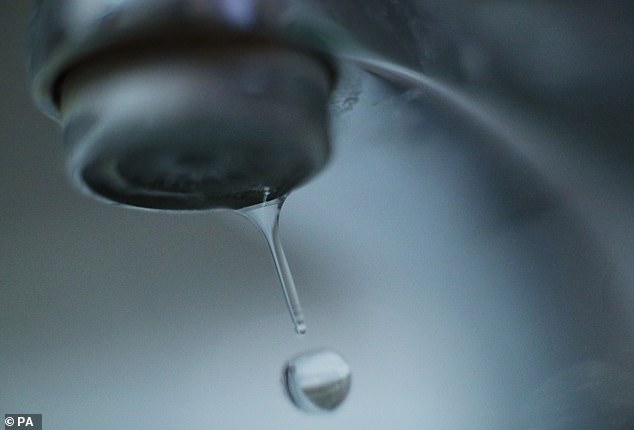 Parts of England risk running out of water within the next 20 years because the Government and regulators have ‘taken their eye of the ball’, MPs have warned

That figure had fallen from more than 4.5 billion in the early 1990s until the turn of the century, but the MPs said there has now been ‘over a decade of complacency and inaction’.

The committee called for annual league tables to be published by the end of the year showing water companies’ records in tackling leakage and reducing consumption.

The MPs also said the Government must be clear with water companies on how they should balance investment on improving infrastructure with keeping customers’ bills affordable.