Firefighters have been banned from boarding a waterbomber that was touted by the State Government as a tool to transport emergency workers to where they were needed most.

The Boeing 737 air tanker Marie Bashir has yet to receive approval from the Civil Aviation Safety Authority to transport the 70 firefighters it was designed for, The Daily Telegraph reported.

The new addition to the NSW RFS, which can drop 15,000 litres of fire suppressant at a time, will be able to reach all parts of the state within an hour – but there will be no personnel on board.

The $26.3million aircraft has a cruising speed of 850km an hour has been used regularly in the past six weeks as ferocious bushfires burned around the state.

‘The air tanker is called the Marie Bashir and is the first year the air tanker has been permanently used in NSW,’ Ms Berejiklian told Parliament.

‘This large air tanker can transport 70 firefighters to anywhere in the state.

‘This is a good example of ensuring we have the world’s best resources to deal with what is going to be a horrific fire season.’ 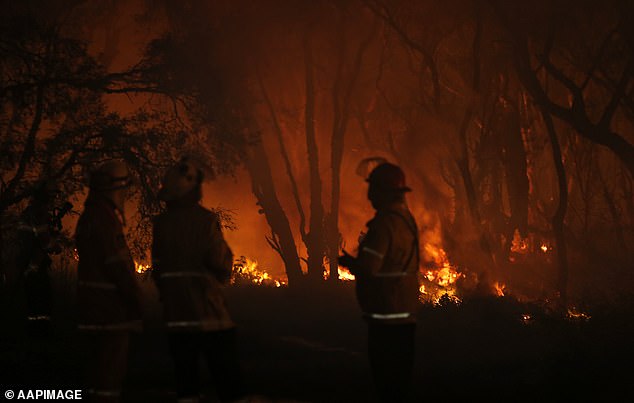 The $26.3million aircraft has a cruising speed of 850km an hour has been used in the past six weeks since ferocious bushfires burned around the state 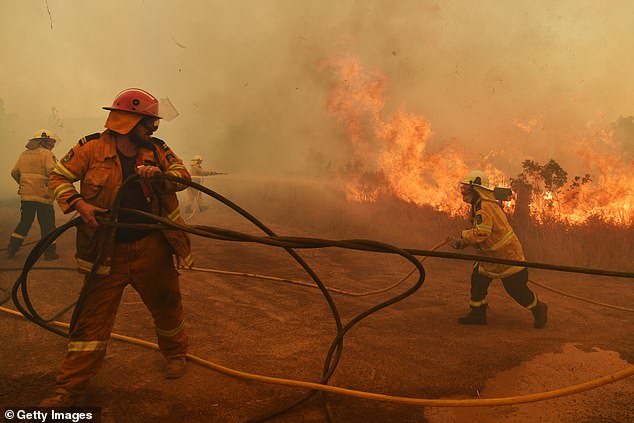 Firefighters have not yet been given permission to be transported in the 737 Tanker (Pictured: RFS Firefighters battle a spot fire in Hillville)

But a NSW Rural Fire Service spokesman said the plane is yet to be used to transport firefighters to required destinations.

‘The 737 Large Air Tanker Marie Bashir, the result of a $26.3m investment by the NSW Government, has not yet transported firefighters,’ he told the Daily Telegraph.

‘The service is in the process of obtaining regulatory approval to transport crews.’

Firefighters are still using commercial flights and C-130J Hercules flights from the Royal Australian Air Force to get around.

In August, NSW Minister for Police and Emergency Services David Elliott welcomed the Large Air Tanker at the RAAF Base Richmond.

‘Our most important bush firefighting asset is our firefighters and having this aircraft permanently available year-round shows the NSW Government’s commitment to having the best available equipment to help protect lives and property,’ he said.

As of Saturday night, there are 149 bush and grass fire burning across NSW, 60 not yet contained.