By Adam Shergold At Vicarage Road

Watford boast plenty of attacking flair but their gritty ability to cling on to slender leads could prove just as crucial in any promotion bid this season.

Here was an excellent example. Having gone ahead through Tom Cleverley on the stroke of half-time, they were already weathering mounting Burnley pressure when Hassane Kamara was sent off with nine minutes left.

But the way Watford defiantly put bodies on the line to safeguard the three points will greatly encourage their new manager Rob Edwards as he strives to return them to the Premier League. 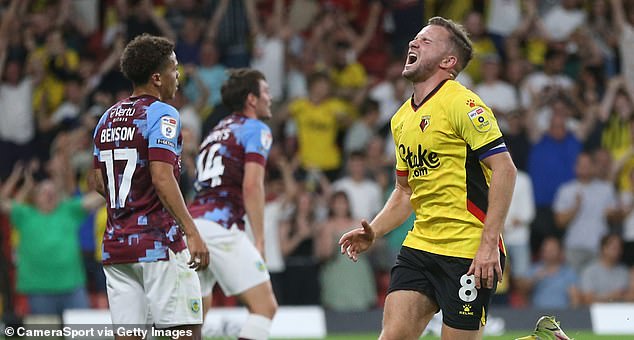 Burnley, who tumbled down into the Championship alongside the Hornets in May, took an awful long time to get going here and couldn’t profit from their numerical advantage despite openings late on.

Josh Brownhill seemed to have all their chances, hitting the crossbar deep into stoppage time.

Vincent Kompany has overseen a drastic overhaul of the squad he inherited and they haven’t quite clicked yet. It’s now just four points from nine to begin the campaign. 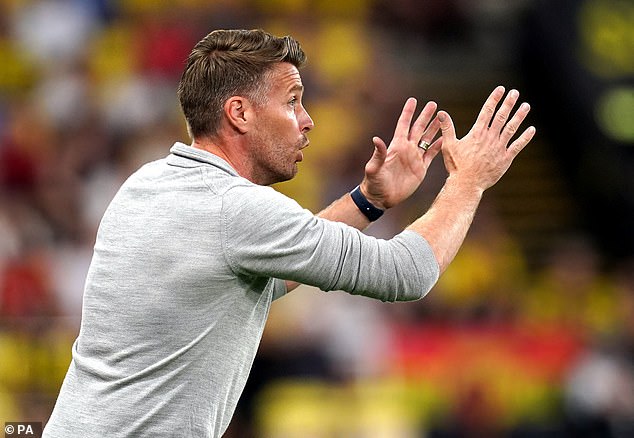 On the theme of change, Emmanuel Dennis was left out of the Watford squad as he moves closer to a £20million transfer to newly-promoted Nottingham Forest.

He is set to be replaced in the Hornets’ attack by Aston Villa loanee Keinan Davis, who had his medical earlier on Friday.

Edwards handed a debut to midfielder Hamza Choudhury, who signed on loan from Leicester earlier in the week, and he was more than willing to snap into a tackle.

The stoppage for players to take on water in 30C temperatures was actually a first-half highlight because it took 32 minutes to see a decent chance – Watford winger Ismaila Sarr blazing wastefully over after Joao Pedro picked him out with a deep cross.

We’d not seen a shot on target until Cleverley, celebrating his 33rd birthday, rounded off a neat Watford move in first-half stoppage time.

Burnley allowed the ball to bounce in a void of space about 30 yards out and Ken Sema took command of the situation to feed Sarr on the right.

Sema continued into the box, was slipped through by Sarr and cut the ball back for Cleverley to roll home after ghosting into the Burnley box.

Bizarrely, Cleverley injured himself during the goal celebrations and was forced off at the break.

Burnley needed to improve and Brownhill forced a smothering save from Daniel Bachmann and Samuel Bastien fired over early in the second half. 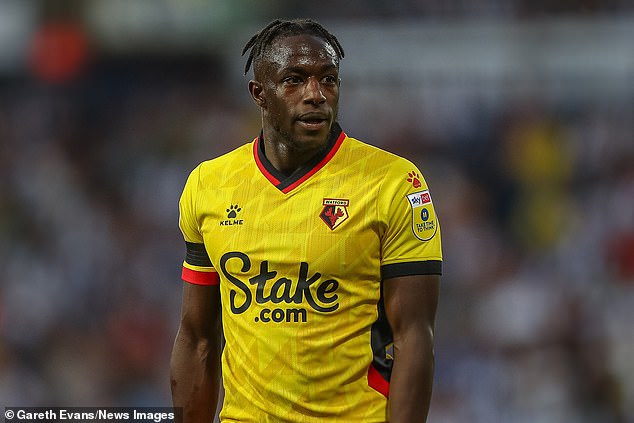 Bachmann denied Brownhill a second time as Burnley belatedly ramped up their pressure.

Kompany introduced Vitinho with 16 minutes left and was racing through when Kamara dragged him back and saw red for being the last defender.

Bachmann flew across his goal to keep out Brownhill from the resulting free-kick.