Watford star Doucoure: It would be a dream to play for Liverpool

Watford midfielder Abdoulaye Doucoure has admitted it would be a ‘dream’ to play for Liverpool.

The 25-year-old has impressed at Vicarage Road over the past two seasons and has been a near ever-present this campaign, starting every Premier League match bar one.

He was part of Javi Gracia’s side blown away at Anfield earlier this month as they were beaten 5-0, and the former France Under-21 international insists he would love to line-up on the opposite side in the future.

Doucoure has also been linked with moves to Manchester United and Tottenham, and the holding midfielder has admitted he is looking to play Champions League football in the near future.

‘Liverpool is a club that needs no introduction,’ Doucoure told the French television programme Canal Football Club. ‘I was desperate to play at Anfield, I wanted to feel the atmosphere.

‘For me it would be a dream to play for a club like this.

‘I am grateful to Watford, I have the confidence of this club, it is the one who revealed me to the Premier League. 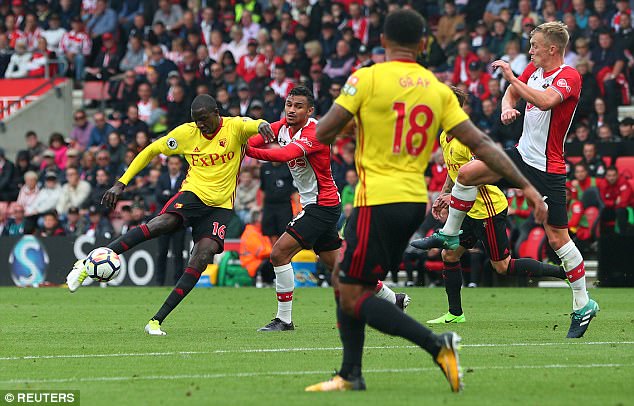 ‘If there is an offer, we will discuss to find the best solution. Everyone wants to play in the Champions League, the big competitions.’

It is not the first time Doucoure has been drawn on his future, and Gracia has admitted in the past he is unsure whether his star midfielder will be at the club beyond the summer.