Wayne Rooney has backed Erling Haaland to develop into a ‘superstar’ in England as he expects the Norwegian to be a major factor in deciding the destination of this year’s league crown.

The former Derby County boss, who has joined DC United as their new manager, said he was encouraged by Haaland’s performance in last week’s Community Shield despite the player missing a number of high profile chances.

Writing in The Sunday Times, Rooney noted Haaland’s aggressive running against Liverpool and said that the signs were there for the Norwegian to kick on and have a decisive say in the title race.

He wrote: ‘I saw [in the Community Shield] City’s big signing confirm why he is going to get a lot of goals in England and will, in my opinion, prove the difference in the title race.

‘He is a major reason why I see City retaining the title,’ he added. ‘Liverpool are an incredible team and can beat anyone on their day but I just think, across the pitch, City have better players and that they’re a better side.’

Rooney went on to write that he expects Haaland to deliver on the enormous pressure he arrives under, saying that despite a number of high profile signings to the Premier League not having worked in the past he ‘expects’ the Norwegian to be a success. 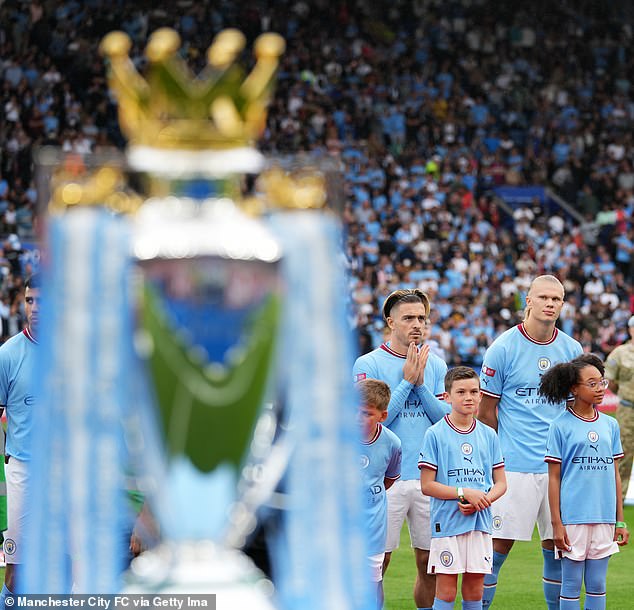 He wrote: ‘We’ve seen many players come to the Premier League with big expectations and it not work out but I just have a feeling that in Haaland’s case it will.

‘That he’ll make City better, handle it all and give them that advantage over Liverpool. If he has a good start to the season, I think he can kick on to be a superstar in the league.’

The former Everton and Manchester United forward also noted the shake up in City’s squad this summer, with Guardiola having allowed both Raheem Sterling and Gabriel Jesus to depart the club.

Rooney said that he ‘was and he wasn’t’ shocked that the Catalan allowed Sterling to depart, writing that he believes Guardiola has had it ‘in mind’ for some time that he would bring in a No 9 to ‘change things’.

‘Many were surprised Guardiola let Raheem Sterling go. I both was and wasn’t. Raheem was brilliant for City but wasn’t playing as much and I think Guardiola had it in mind for some time that he was going to bring in a No 9 and change things,’ he wrote. 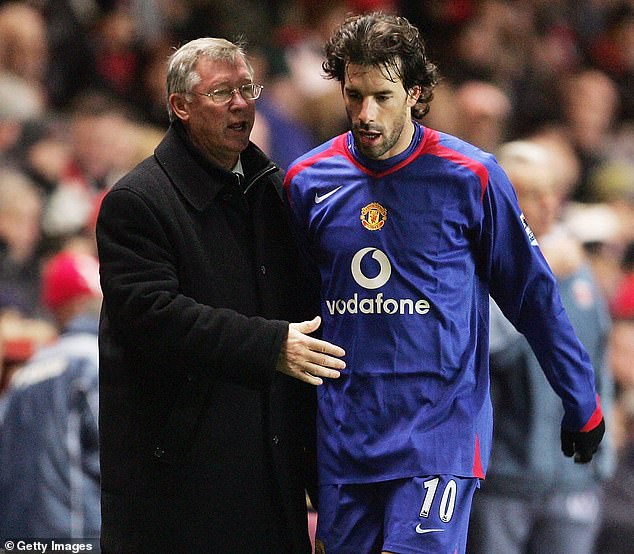 Comparing the ‘shake up’ to that of his days at United when Sir Alex Ferguson used to sell off and add to title winning teams, Rooney said that they are to the ‘benefit’ of the entire side.

‘It’s the kind of shake up Sir Alex Ferguson used to make at United,’ he wrote. ‘After we won league titles he would change things rather than wait and expect to win again by just doing the same stuff.’

Meanwhile, Rooney also spoke about his decision to leave Derby earlier this summer following the collapse of Chris Kirchner’s bid to buy the club. 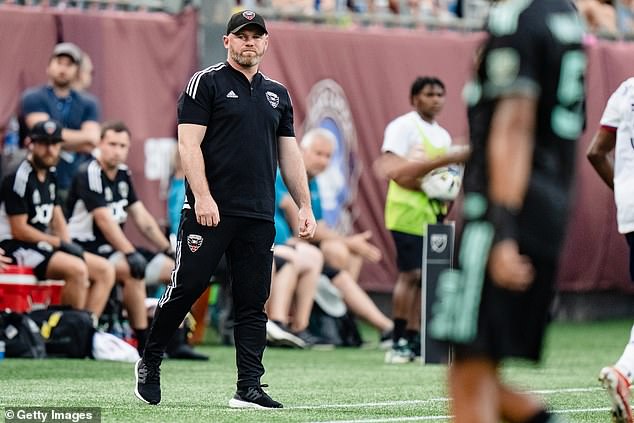 He wrote that he felt it would be best for all parties if he left the club after enduring a difficult 18 months under a shroud of uncertainty surrounding Derby’s immediate future.

‘I left Derby County in June because after everything I’d had to deal with there, I felt it was probably best for both me and the club to look for fresh energy and ideas,’ he said.

He added: It would have been easy for me to hang around and just take a job in England, a Championship club or whatever, but I just feel in terms of my development, as a young manager, this is the right move (DC United).’

Rooney went on to defend the MLS, saying that it was of a ‘significantly higher standard’ to the Championship.