We called police ‘fascist pigs’ – they loved it, say makers of BBC anarchic comedy The Young Ones

It was the anarchic 1980s cult comedy which mocked the police as violent ‘fascists’ and ‘pigs’.

But BBC series The Young Ones was nevertheless hugely popular with real-life officers, its makers reveal today.

Co-writer Lise Mayer says: ‘We were quite surprised because it was huge with the police.

‘We’d been horrible about the police. We’d called the hamster SPG [after the Met’s notoriously violent Special Patrol Group]. We’d satirised them – at every opportunity they’d come in and smash things up – and yet it was hugely popular with the police force.’

Particular favourites were the two stupid officers played by Stephen Frost and Mark Arden. Frost said: ‘The phone calls that Mark and I got from the Metropolitan Police to do benefit gigs for them! They love it!’

The revelations come in interviews for Radio 4’s The Reunion, which airs at 11.15am today.

Nigel Planer, who played hippy Neil, said that he discovered the police’s obsession with the show when he was mugged. He said: ‘The police came along and knew the jokes; they were all doing Neil impersonations.’ 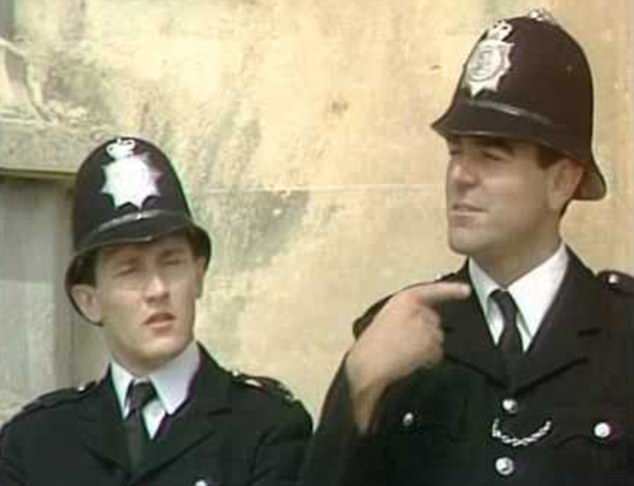 Planer also recalled being impressed with Sir Cliff Richard, whose hit song gave the comedy its title and who was always being mocked in the show.

In 1986 the cast – which also included Adrian Edmondson, Rik Mayall and Christopher Ryan – teamed up with the singer to record a version of his 1959 hit Living Doll for charity.

Planer said: ‘Although we had all taken the p*** out of him in the series, the moment he went into his little booth and out comes that voice that he’s got – he was note perfect and this beautiful tone – Oh I see that is why he is so good.’

Mayer said Sir Cliff spent most of the recording session arguing with his long- time collaborator Hank Marvin and described a moment when the clean-living singer swore as ‘the biggest excitement of the night’.