We Can Work It Out? Original Beatles drummer Pete Best extends olive branch to replacement Ringo

We Can Work It Out? Original Beatles drummer Pete Best extends hand of friendship to replacement Ringo Starr by wishing him happy 80th birthday – after he was sacked from band in 1962

For 58 years it has been one of the bitterest splits in music history – the day Pete Best was fired from The Beatles on the eve of the big-time.

But today the cast-off drummer appeared to finally bury the hatchet to extend an olive branch to his replacement, who became a multi-millionaire with the band.

Writing online, Best, 78, showed a touch of class as he wished Sir Ringo Starr his best wished for his milestone birthday.

He said: ‘Thought about it and thought why not. Happy Birthday Ringo. It’s a special one. Have a good day.’

Pete Best, 78, has extended an olive branch to his replacement Sir Ringo Starr on his birthday

It was an extraordinary act of good spirits from a musician who is known as one of the industry’s greatest nearly men.

Best had been first invited to join The Beatles in August 1960 on the eve of their first season of club dates in Hamburg, Germany.

At the height of Beatlemania Best tried to kill himself but had always denied it was over depression from his former band’s success. 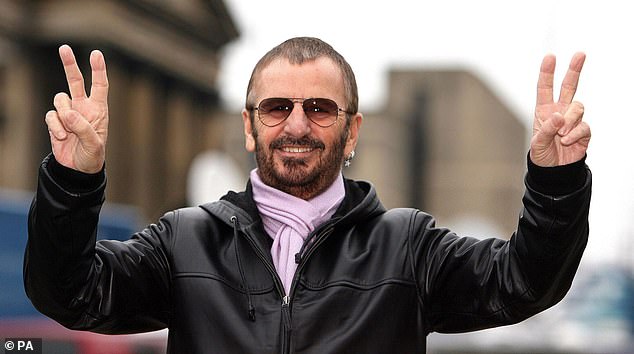 Sir Ringo Starr turned 80 today and was sent a message from Best, who he had replaced

He had gone on to play in a string of unsuccessful groups before leaving the industry to work as a civil servant for 20 years.

As recently as two years ago he had spoken about how he felt the rest of The Beatles should have told him he was out face to face.

He added he had not spoken to any of them since his sacking all those years ago.

“I’m not saying I’d change the outcome, but at least give me the decency of being there and confront them,” he told Financial Review. 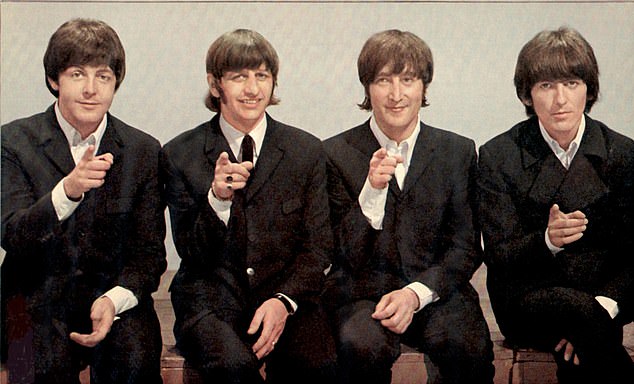 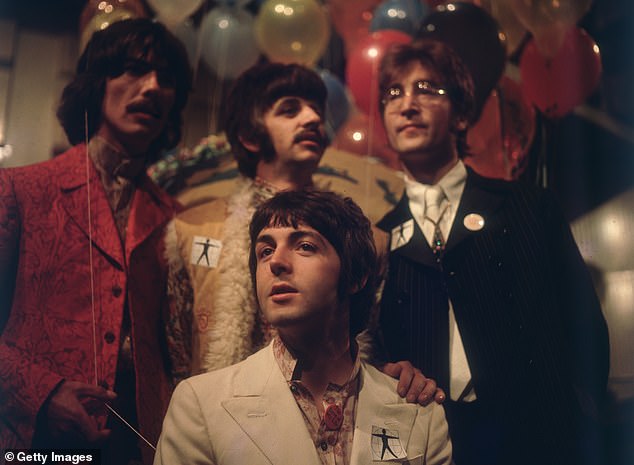 The group, known as the Fab Four, are regularly voted the best band in British music

He told the Late Late Show earlier this year he felt like they had gone too far after he had been fired.

Close but no cigar: Music’s nearly-men

Drummer Chad Channing is one of rock’s unlucky musicians, who left Nirvana after they had released their debut Bleach.

He was replaced by Dave Grohl and the grunge band went on to become one of the most influential of the era.

Tony Chapman was the first drummer in the Rolling Stones and played in their debut performance in 1962.

But he felt unhappy about their musical direction so left, to be replaced by Charlie Watt, who has kept the beat with them for the past 57 years

Tracii Guns – also known as Tracy Richard Irving Ulrich – also missed out on being in one of music’s most notorious rock bans.

He had been a founding member of Guns n’ Roses but left after a row with Axl Rose, only to be replaced by Slash

Best explained: ‘In interviews after I was kicked out, they initially said I wasn’t a good enough drummer, then all of a sudden I was anti-social, didn’t talk, moody, slow-witted.

‘Come on, guys, gimme a break. You’ve already kicked me out of the band. Lay off me, just let me get on with my own life.”

John Lennon had previously admitted they had been cowards not to tell him themselves.

In 1995, The Beatles released Anthology 1, which featured early tracks with Best as drummer, including songs from their auditions for the Decca and Parlophone labels, which saw Best get a substantial payout sales.

Fans praised his tribute to Sir Ringo as proving he was a “class act” and said his comments proved “time obviously does heal wounds”.

Yoko Ono was among those sending birthday wishes to Sir Ringo.

The famous Abbey Road Studios, where The Beatles recorded much of their music, also celebrated the milestone on its Twitter page.

Broadcaster Gyles Brandreth tweeted: “Happy birthday Ringo! In the 1980s I hosted a charity party to salute icons from the 1960s.

“Ringo’s the one on the left. And amazingly in 2020 he can still fit into that suit & his Sergeant Pepper uniform. He’s a Starr!”

Former Formula One world champion Damon Hill said: “Happy Birthday Ringo. And thanks for putting the Beat into the Beatles!”