A duo on TikTok went viral after sharing a McDonald’s McFlurry hack to create ‘the perfect Italian dessert’.

Jade and Ryan, from London, who share the TikTok account @live_thedash shared an unusual tip to upgrade a McFlurry ice cream.

In the clip, which racked up over 105,000 views, the pair decided to pour a hot espresso over their ice cream.

The video, which was captioned ‘Epic McDonald’s Hacks!! UK edition’, shows Jade covering the dessert in coffee and mixing it together.

Ryan starts off the clip by saying: ‘This McDonald’s life hack, will change your life.’ He then proceeds to pull up to a McDonald’s drive-thru, where he orders the items.

Jade continues: ‘We are basically going to tip this onto this and create the perfect Italian dessert. One steaming hot espresso onto the McFlurry.’

After the TikToker gave the dessert a good stir. Ryan said: ‘The moment of truth. Do you want to try it?’

After the taste test, Jade revealed: ‘That was so good, a subtle hint of coffee, it tastes like a Starbucks Frappuccino, Starbucks you better watch out!’ 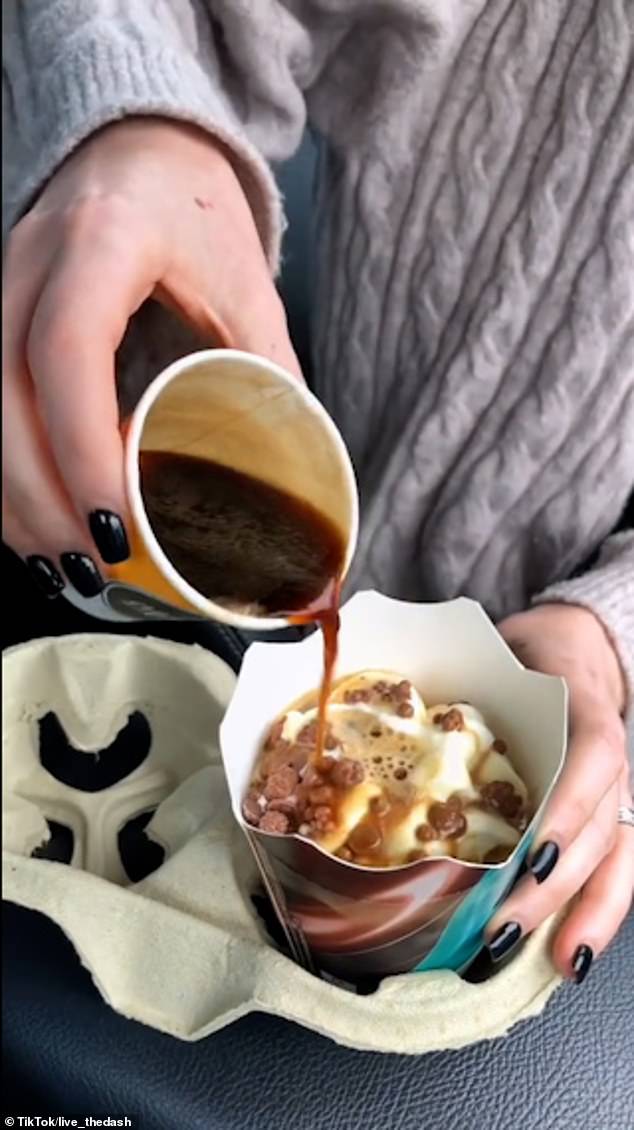 The pair, who share the TikTok account @live_thedash, shared an unusual tip to upgrade your McFlurry by tipping an espresso into the ice cream 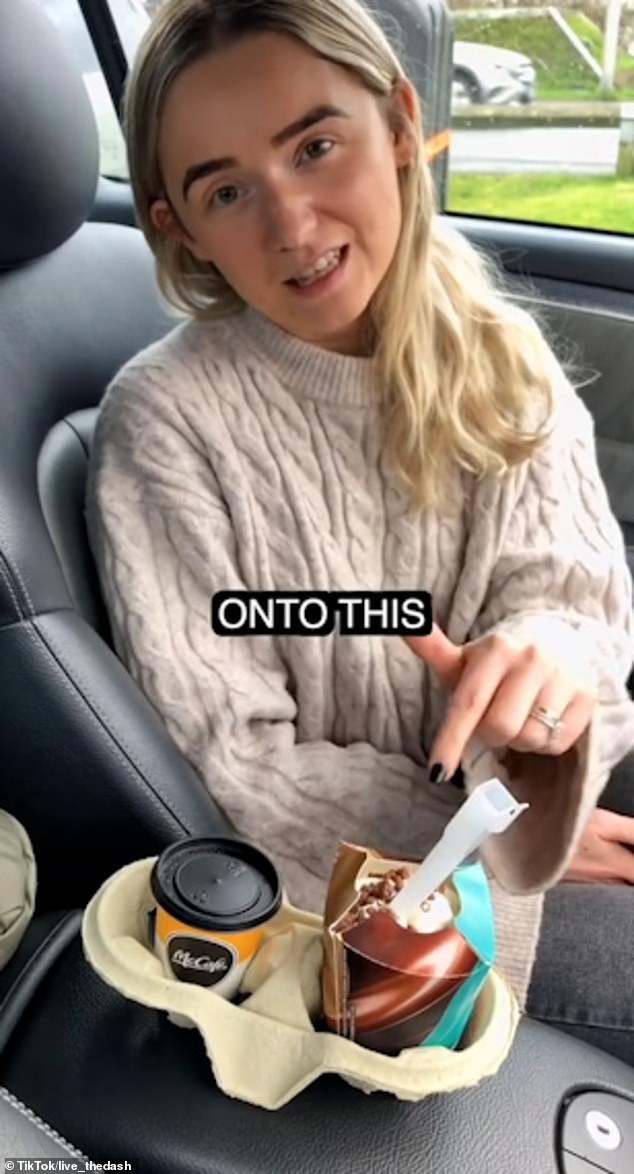 The video, which was captioned ‘Epic McDonald’s Hacks!! UK edition’, shows Jade covering the dessert in coffee and mixing it together

Ryan continued: ‘OMG that is so good, I actually suffer quite badly with brain freeze. If you want a sophisticated dessert in McDonald’s, get yourself on this little life hack.’

People rushed to the comments with mixed opinions on the quirky dessert choice.

Someone wrote: ‘OMG NEED TO TRY!’ To which the TikTokers replied: ‘A tip is to let the coffee cool a little before you pour it on so the ice cream doesn’t melt too quickly.’

Another wrote: ‘It’s so much better in a Vanilla Milkshake!’ One person joked: ‘Actually being able to get a milkshake or ice cream is a hack, this looks good though!’

To which the TikToker replied: ‘Omg I know!! Why is the ice cream machine always down? Apart from this occasion.’

No more ‘attitude at the counter’: McDonald’s new fully-automated restaurant which is completely run by MACHINES leaves internet divided – but do YOU think it’s a good idea?