‘We should not nuke hurricanes.’ Hillary trolls Trump over report he wants to stop storms by bombing

‘We should not nuke hurricanes.’ Hillary Clinton trolls Donald Trump over report that he asked about dropping the ultimate weapon to stop tropical storms – which he claims is ‘fake news’

Hillary Clinton disparaged the president Monday when she tweeted the U.S. should not use nuclear bombs to try and advert hurricanes after a report claimed he wanted to explore that option.

‘We should not nuke hurricanes,’ Clinton quipped on Twitter.

On Sunday, Axios published a report that claimed Donald Trump spoke with several Homeland Security and national security officials about nuking hurricanes before they hit the U.S.

He claimed the story was just another ‘fake news’ article.

‘The story by Axios that President Trump wanted to blow up large hurricanes with nuclear weapons prior to reaching shore is ridiculous. I never said this. Just more FAKE NEWS!’ he posted to Twitter Monday morning.

He made the tweet from Biarritz, France, where he and several other world leaders are gathered for the 45th Group of Seven summit.

Former secretary of state and 2016 presidential candidate Hillary Clinton claimed Monday that the U.S. should not bomb hurricanes 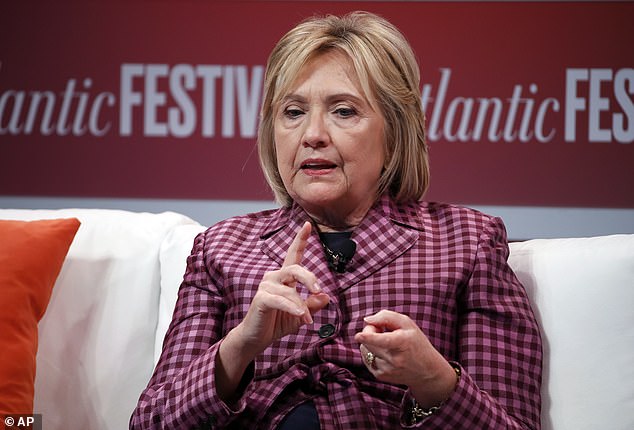 Trump insisted that the article, published by Axios, was ‘fake news,’ and claims he never said what he was quoted as saying in the story

Clinton still weighs in on politics and decisions and policies of the Trump administration after losing to him in the 2016 elections.

Right before posting her tweet directed at the president, the former secretary of state also reposted a Clinton Foundation video about helping rebuild a home in St. John after Hurricane Irma hit the U.S. Virgin Islands in 2017.

The first year of Trump’s presidency consisted of a hyperactive hurricane season – the costliest according to U.S. records.

Most notably, Hurricanes Harvey, Irma and Maria all made U.S. landfall and resulted in millions in damages. The storms affected Texas, Florida, Puerto Rico, Cuba and the U.S. Virgin Islands.

The Sunday report from Axios claims Trump floated nuclear weapons as a way to try and advert hurricanes before they made landfall.

‘I got it. I got it. Why don’t we nuke them?’ Trump said during a hurricane briefing at the White House, according to one source who was present at the meeting.

‘They start forming off the coast of Africa, as they’re moving across the Atlantic, we drop a bomb inside the eye of the hurricane and it disrupts it. Why can’t we do that?’ the source paraphrased the president’s remarks.

The source said the proposal brought the meeting to a halt.

‘You could hear a gnat fart in that meeting,’ the source said. ‘People were astonished. After the meeting ended, we thought, ‘What the f—? What do we do with this?” 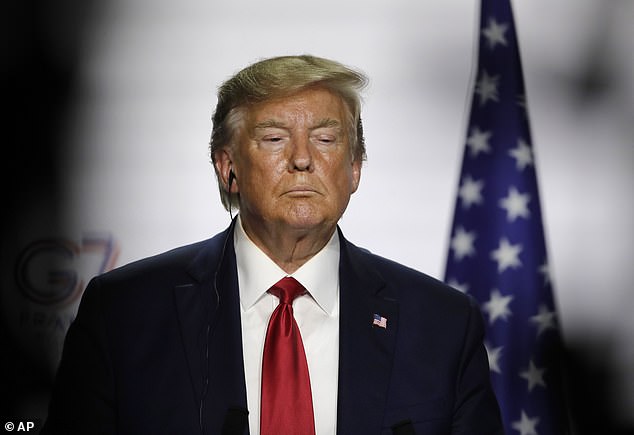 The report said that during a meeting on hurricanes in 2017 – the most costly hurricane season in US. record – he said, ‘I got it. I got it. Why don’t we nuke them?’

The president brought up the idea on more than one occasion, according to the report.

A 2017 National Security Council memo outlined that he brought up bombing hurricanes during a conversation with a senior administration official.

The source who was briefed on the memo said it did not specifically say ‘nuclear,’ just that Trump talked about potentially bombing the storms.

Trump is not the first one to ever bring up the idea of bombing storms to dissipate them.

The notion that detonating a bomb over the middle of a hurricane could counteract convection currents dates back to the 50s when it was proposed by a government scientist when Dwight Eisenhower was president.

This idea has fluctuated in popularity over the years, but modern-day scientists insist it wouldn’t work.