We spent our married life getting into other people’s beds!

Theirs was the wedding of the year in 1922. The King and Queen were in attendance. The Prince of Wales was the best man.

The bridegroom, a great-grandson of Queen Victoria, was Louis Mountbatten. (The name had been changed during World War I from Battenberg, which was thought to be too Germanic.)

The bride was Edwina Ashley, then one of the richest heiresses in the world. Her family tree, as impressive as Mountbatten’s, included the Native American princess Pocahontas and the 19th-century Prime Minister Lord Palmerston.

Mountbatten had first heard of his bride-to-be from a friend who wrote to him about ‘a new debutante whom all the young men are mad about . . . huge blue eyes, attractive hair, a gorgeous figure and lovely legs; just your cup of tea.’

At the time, Edwina was fending off the attentions of other men. One Old Etonian Guards officer proposed. ‘She intended to say yes, but at breakfast, she decided he looked like a frog and changed her mind.’

When she met Mountbatten, the attraction was swift and mutual. He proposed on Valentine’s Day, four months after their first meeting. Appropriately enough, considering their future, they were both travelling in India at the time.

Dickie, as Mountbatten was known to friends and family, was ‘happy beyond my wildest dreams’. He wrote to Edwina, pledging undying love and praising bits of her body he’d been allowed to see, including her breasts, which he had dubbed, somewhat unromantically, Mutt and Jeff.

His delight continued after the wedding. ‘It’s marvellous . . . being married,’ he confided to his mother.

However, as Andrew Lownie’s richly entertaining biography of the Mountbattens makes very clear, theirs was not to be a conventional marriage.

‘Edwina and I spent all our married lives getting into other people’s beds,’ Dickie later confessed.

Her roll-call of lovers is particularly impressive. Her first affair began in 1925, although Dickie knew nothing of it for months. Eventually, the Prince of Wales told him ‘a queer story about Edwina’. 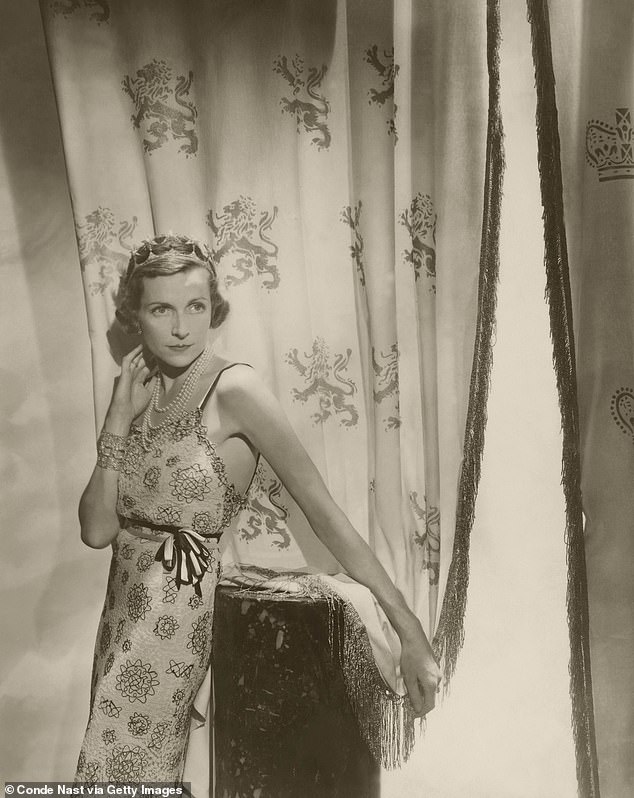 Dickie, as Mountbatten was known to friends and family, was ‘happy beyond his wildest dreams’ (Pictured: Edwina Ashley)

Even then, Dickie refused to believe it, but he was soon obliged to deal with his wife’s serial infidelity. Amid rumours of her affair with Douglas Fairbanks, the Mountbattens talked of divorce, but agreed to stay together in an open marriage.

Scandalously for the time, several of Edwina’s amours were black. She may have gone to bed with American singer and actor Paul Robeson. She certainly had an affair with West Indian entertainer Leslie ‘Hutch’ Hutchinson, a society favourite in the Thirties. One (slightly improbable) rumour has it that she and Hutch once became so entangled during their love-making they had to be transported to hospital in an ambulance, still clasped tightly together.

Rather slower to break his marriage vows, Dickie had his first affair in 1932 with Yola Letellier, the much younger wife of a French newspaper tycoon. But, during the Thirties, it was Edwina who set the pace, regularly gadding off to China or Brazil or the South Seas with her lovers.

Lownie chronicles the Mountbattens making their way in the 1920s and 1930s through a world inhabited by people with names such as Fruity Metcalfe and Bunny Phillips, escapees from the pages of P. G. Wodehouse. It’s sometimes difficult to remember they were also at the heart of some of the most significant events in 20th-century history. 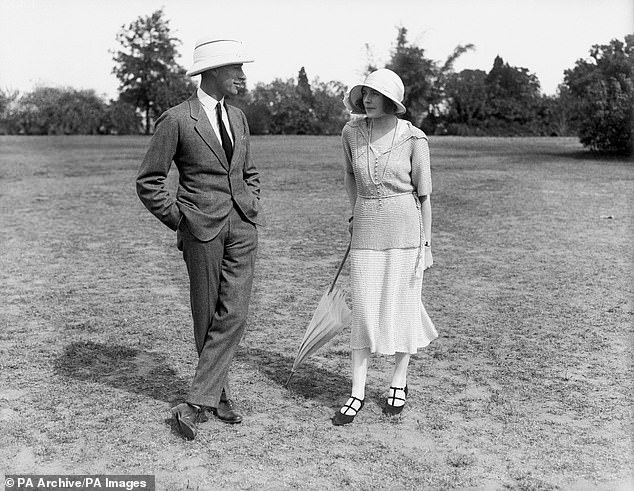 But, as Andrew Lownie’s biography of the Mountbattens makes very clear, theirs was not to be a conventional marriage (Pictured: Louis and Edwina)

What altered their lives irrevocably was the coming of World War II. It would prove to be the making of both of them. Edwina, putting the years of frivolity behind her and threw herself into humanitarian work.

Dickie, who had always treated his naval career with great seriousness, was given new opportunities. His command of HMS Kelly during its difficult journey back to port after an E-boat attack turned him into a war hero.

Noel Coward’s film In Which We Serve was based on the incident, although there were those who thought it was Mountbatten’s stupidity in needlessly advertising his position that had caused Kelly to be attacked in the first place. (The ship was later sunk off Crete.)

It scarcely seemed to matter. He was made the head of Combined Operations and, later, Supreme Commander SE Asia. In the latter role, he accepted the surrender of hundreds of thousands of Japanese troops at the end of the war. At the time, he described it as ‘the greatest day of my life’. But there was more to come. 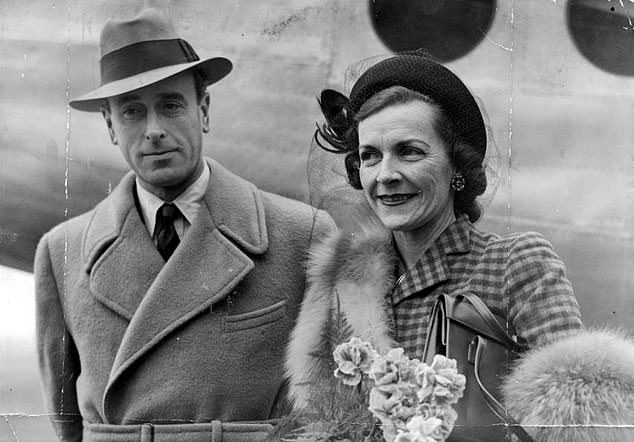 Edwina’s first affair began in 1925, although Dickie knew nothing of it for months (Pictured: Louis and Edwina)

With the war over, India demanded independence. A new viceroy, the last ever, was needed. Who better than Mountbatten, with his royal connections? ‘We shall be incredibly unpopular and the odds are we shall end up with bullets in our backs,’ he predicted. But he took the job and Edwina accompanied him.

Edwina’s war work had not put an end to her infidelities. (One of her new loves was the conductor Malcolm Sargent.) In India, she embarked on the most significant extramarital relationship, both personally and politically, of her life.

She and the politician Jawaharlal Nehru, soon to be the first prime minister of a newly independent India, became lovers. (Edwina was later to write of ‘the strange relationship — most of it spiritual — which exists between us’, but it seems unlikely it wasn’t physical as well.)

Lownie’s account of the Mountbattens after Indian independence can seem a little anticlimactic. Edwina died in her sleep in February 1960 on a tour of Malaysia. She was only 59. Dickie lived on for another 20 years, until his own terrible end, killed by an IRA bomb in 1979, 40 years ago this week.

Stories that he was gay or bisexual have long been floated. According to one witness, in the years after Edwina’s death, his London mews house ‘seemed awash with young, muscular and suspiciously good-looking naval ratings bustling about the place’.

A wartime FBI report even suggested he had a ‘perversion for young boys’. Quite rightly, Lownie places all these stories in a separate chapter entitled ‘Rumours’.

Lownie has written a very enjoyable biography of two remarkable people and their even more remarkable marriage. Edwina transformed herself from a poor little rich girl into a dedicated worker for charity. Dickie could be infuriating and monstrously self-centred.

A TV series about his life was shown the year after his death, presented by Ludovic Kennedy, who later wrote: “A working title for it might have been ‘How I Got My Way And Was Proved Right In Everything I Did.” ‘

But, as Lownie demonstrates so well, Mountbatten was a man of genuine gifts and high achievements.