‘We thought it was an animal’: Teenage tradie finds remains of a mother killed by her son for money

A teenage tradeswoman has described the chilling moment she discovered human bones while digging a backyard pool.

Monica Smith and her co-workers did not realise that they were uncovering the remains of a murdered woman in Perth on Wednesday.

‘We found a bone, and what we thought was just an animal so we were just, whatever, we’ll just put it to the side – and then we dug up a few more bones and we actually found the bottom of the spine,’ she told 9 News.

‘It didn’t quite kick in, I was just: ‘oh there’s bones, this is quite weird, I’ve never seen this before. There was clothes,’ Ms Smith said.

‘But I think afterwards you come to the realisation it’s an actual person, you know -this is quite confronting.’

Police confirmed the remains were of murdered mother Ah Bee Mack, 56,  who was killed by her son Brent Donald Mack in 2008 and buried in her own backyard in Perth’s northern suburb of Mount Hawthorne.

Police had previously searched the property in 2010, digging up concrete pavers, but did not dig deep enough to find the bones which were reportedly 2m deep.

Police at the scene in Mount Hawthorne on Wednesday. Forensics and pathologists attended

Police would not comment on their previous search as forensics and homicide detectives combed the scene on Thursday.

Ah Bee Mack was last seen alive in 2008 but was not reported missing until 2010 because her son had pretended she was still alive. 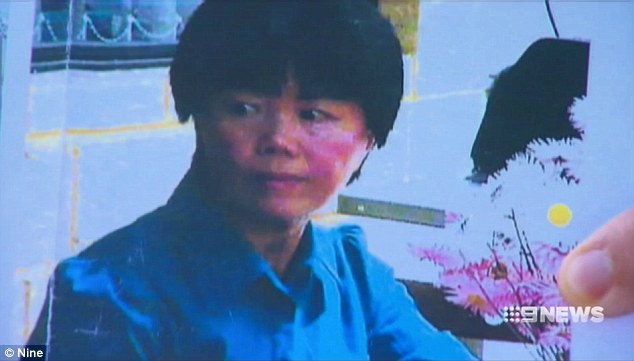 Ah Bee Mack was killed by her son for money. He then told relatives she was alive but living in a different suburb as he stole hundreds of thousands of dollars from her bank accounts

At Mack’s Supreme Court trial, Justice John McKechnie said the ‘dishonest and devious’ son had killed his mother for money.

The trial heard Mack had told relatives his murdered mother was still alive and living in another suburb, while he stole hundreds of thousands of dollars from her bank accounts, ABC news reported.

At the trial, Mack claimed his mother had taken her own life in the shower, and while still alive had asked him not to tell anyone. He said he left her under running water for a week then buried her body at Lake Gwelup.

Mack was jailed for life with a 20-year minimum sentence and will not be eligible for parole until 2030. 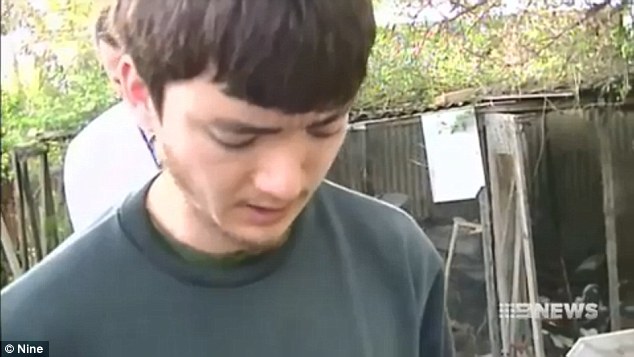 Brent Donald Mack was convicted for the murder of his mother. Mack is autistic but his autism had nothing to do with his crime. Justice John McKechnie said he was ‘dishonest and devious’