We try before you buy: Is this the holy grail of home curling?

As I finish running what looks like a chunky pair of straighteners through a section of my hair, I watch amazed, as a tight and glossy ringlet emerges.

I take another section of hair and repeat the move, this time more quickly. The result is a looser, but still glossy, curl.

Using the gadget at a different angle gives me a relaxed beachy wave, while flipping it upside down results in curls and waves that spiral in the opposite direction.

Is this the holy grail? A styling tool that’s finally made creating curls and waves as easy as straightening?

Claire Coleman tested the new GHD Oracle curlers, pictured, which have been six years in the making and require customers to have a lesson in how to use them at a hair salon

That’s certainly what GHD is hoping with this week’s launch of its latest creation, the GHD Oracle.

It has been more than six years in the making and when, two years ago, I was invited to the GHD laboratories in Cambridge, sworn to secrecy and given a sneak peek at what was known as Project Goldilocks, I couldn’t wait to get my hands on one.

How the competitors stack up 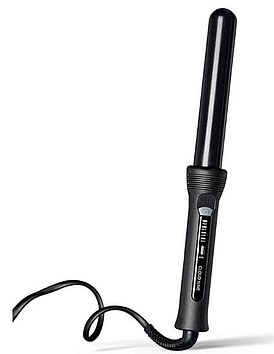 The Cloud 9 wand has three temperatures

Temperatures of 125C, 150C and 175C, the length of time hair is on the barrel, and the angle that you wrap it at, gives different waves and curls.

This is the method most hairstylists use as you can easily create the style that you want.

But I still manage to burn a finger or an ear or my neck every time!

Launched in 2013, this has been my go-to curler since then.

Higher temperatures and longer time settings make for tighter curls. I’ve never had tangles, or hair caught, but other people have. 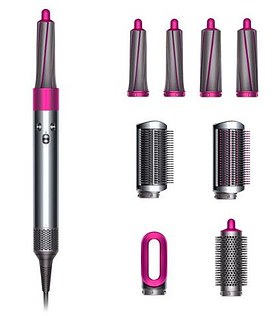 This curler costs £399.99 and comes with several different barrel sizes

Hair is wrapped around a barrel and dried into a curl at 150c.

Different barrels give different sizes of curl, or curls that go clockwise or anticlockwise.

The lower temperature means hair doesn’t hold the curl for that long, and the air it blasts out can creates frizz and flyaway locks.

A lot of money for gadget that doesn’t seem that effective.

This is the company that, after launching its first straighteners in 2001, became almost single-handedly responsible for giving every woman between the ages of about 20 and 40 the sleek, swingy curtain of uber-flat hair that dominated the early noughties.

Could GHD — the name stands for Good Hair Day — revolutionise curling and waving in the same way?

Curling hair is technically a lot harder than straightening it, after all, and it’s not as if this GHD’s first attempt.

It has its own versions of all the wand and tong designs that have been around for decades (although usually each of these tools can make only one kind of curl).

This, however, is the first time the Leeds-based brand has tried developing an entirely new technology.

Babyliss, Dyson, Cloud Nine and many other retailers have tried to transform the market in curling tools, and as a curl-lover I’ve tried them all with varying degrees of success.

So far, nothing for curls has had the effortless impact, and the resulting ubiquity, of straightening irons. What makes this new gadget so special?

While it looks like a wide pair of straightening irons, the plates inside are not flat.

It looks more like a crimper, with a protruding spine on one side slotting into a U-shaped section on the other.

Like straighteners, and most curling tools, it’s designed to be used on dry hair.

The ‘spine’ is the only bit that heats up — to 185c, which GHD say creates a style but doesn’t damage hair — while the two outer bits that make up the U-section don’t heat up at all.

The company say the contrast in temperatures between the different plates is the clever bit that creates perfect curls.

‘This means it heats hair to the optimum temperature and then sets the hair by crash-cooling it, with a temperature differential of over 100c, to ensure the style is set and that the curls last,’ says Steve Elstein, vice president of product development and research. I still can’t quite understand how the curl is made.

hair stylist Adam Reed, who worked on the development of the Oracle, explains.

‘Do you remember when you were a kid and you used to use the blade of a knife or a pair of scissors to create a curl in a ribbon? That’s the same sort of principle,’ he says, as he deftly creates curls.

He makes it look so easy, but I’m worried. For years people have been telling me that straighteners can be used to create curls, but I’ve never been able to master the technique.

The company is clearly concerned that that might be the case.

Because at the moment, you can’t just go into a shop, or online, and buy one of these. You have to go to one of the more than 90 Rush (rush.co.uk) hair salons around the country, for a free tutorial in how to use it.

‘When GHD first launched its straighteners, it was totally new to the UK market and you could only get it in salons because the company felt it was important that people were shown how to use them,’ says Adam.

‘The same is true for the Oracle — it’s versatile, but there’s a knack.’ 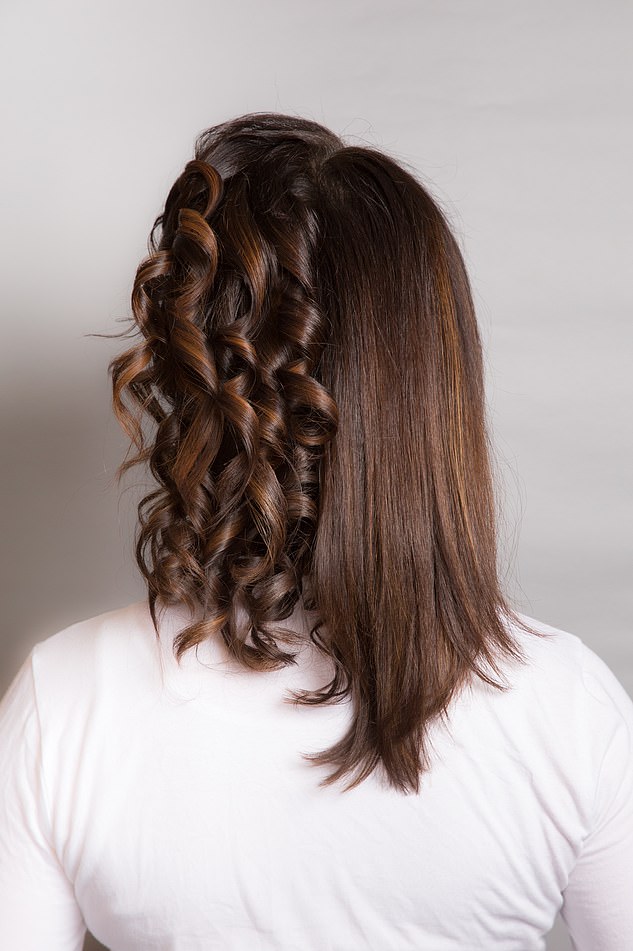 Claire, pictured, said she got the hang of making the same curl every time after some practice at her local salon 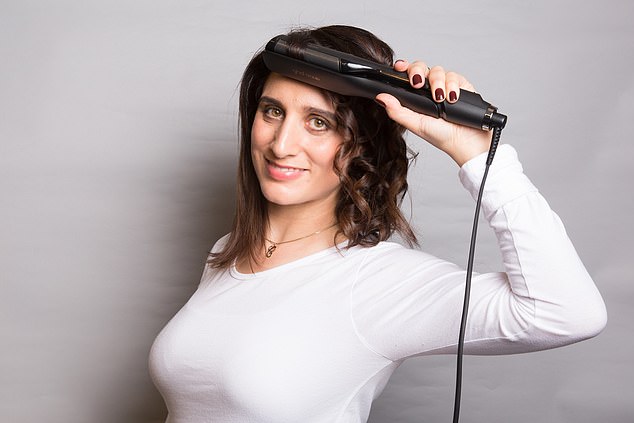 The idea is that you take a small section of hair — the smaller the section the more curl you get — and hold it up in the air, so that when you open the ‘jaws’ of the styler, you can get them right to the root. Then you clamp down, rotate the styling head 90 degrees, and slowly slide it down the hair.

But after practice and a revision session at my local salon — I’ve got the hang of it. I’d been taking sections that were too large, and I also hadn’t realised that whether you take a vertical or horizontal chunk of hair affects the result.

The single biggest difference I found was that because the hair is clamped throughout, you get shine on a curl that I’ve never seen with any other curling gadget (this is because it smooths the hair cuticle) and the variation in curls and waves it creates is a bonus. 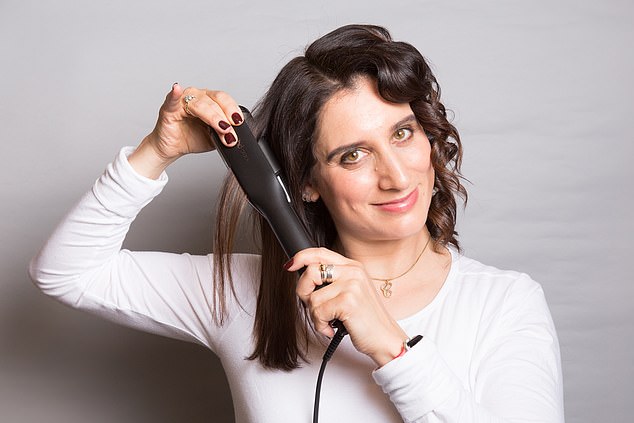 Claire said that she would get quicker with more practice, but that the product is not cheap

But, as for creating a longer-lasting curl, that wasn’t how it worked for me. Higher temperatures might damage hair more, but for me at least, that’s what means my curls stay put the next day rather than dropping.

There’s no doubt that as my technique improves, I’ll get quicker, but having to curl smaller sections means that at the moment, it also takes longer than my usual method (the Babyliss Curl Secret — see left).

At £175, it’s not cheap, although less than half the price of Dyson’s offering, and on a par with a high end set of straighteners. Still, I have no doubt it will sell well like straighteners did in 2001.

For people who want to get rid of tongs and wands in multiple sizes, and are looking for hair-friendly temperatures, what price a gadget that can create bouncy waves, ringlets or curls, without damaging your hair?