We will subpoena Mueller report if Trump tries to hide it, top Democrat warns

‘I’m prepared to make sure we do everything possible so that the public has the advantage, as much information as we can,’ Schiff, the incoming chairman of the House Intelligence Committee, said on CNN’s ‘State of the Union.’

‘We ought to make sure this report is public. There may be parts of the report that have to be redacted because they involve classified material or grand jury material,’ he added. 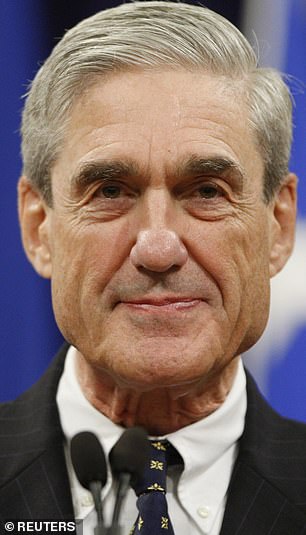 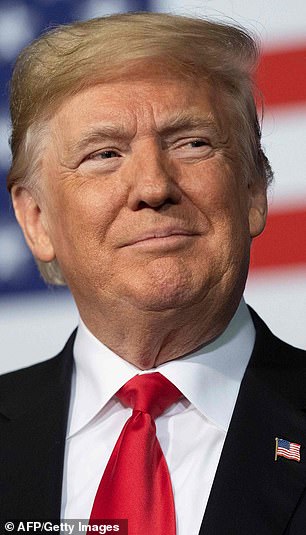 Special Counsel Robert Mueller (left) is investigating whether President Donald Trump (right) and his campaign colluded with Russia in the 2016 election, which Trump has denied

If Democrats subpoena and obtain the report, they could release it to the public. They will have that power when they take control of the House of Representatives in January.

There are no indications when Mueller may drop his much anticipated report. He will turn it over to the Justice Department, who will decide the next steps.

Schiff also said the panel should give Mueller transcripts of its interviews with Donald Trump Jr. and Trump’s son-in-law Jared Kushner, who serves as a senior adviser in the White House.

That would allow the special counsel to determine whether or not the two men lied to Congress about their dealings with Russians during the 2016 campaign.

‘Mueller is in a better position to make that decision about perjury than I am. He has the benefit of the information that I don’t. I have sufficient concerns where I think we should take that step with all the transcripts,’ he said.

He declined to talk about specifics but said he’s concerned about several Trump officials the committee has heard from.

‘I have concerns about several witnesses but think that the special counsel ought to have advantage of the evidence that we accumulated and the ability to prosecute those who have come before the committee and lied,’ Schiff added.

On Thursday, the House Intelligence Committee voted to give Mueller a transcript of their session with GOP operative Roger Stone, who advised the Trump campaign.

The special counsel is examining Stone’s ties to WikiLeaks founder Julian Assange as part of his investigation into whether the Trump campaign colluded with Russia in the 2016 presidential race, a charge the president has repeatedly denied.

In September, the House Intelligence Committee voted to release transcripts of all its interviews – including Trump Jr’s and Kushner’s – but it offered no time frame for the release.

The transcripts have to be scrubbed for classified and personal information.

Kushner testified before the panel in July 2017 and Trump Jr. spoke to it in December 2017.

Trump Jr. spoke to the committee for more than seven hours about his contacts with the Russians during the campaign.

He was at the infamous June 2016 Trump Tower meeting where he, Kushner and then campaign manager Paul Manafort spoke to a Russian national who claimed to have damaging information about Hillary Clinton.

At the time of the panel’s vote on the transcripts, Schiff accused Republicans of ‘trying to bury them as long as they can.’ 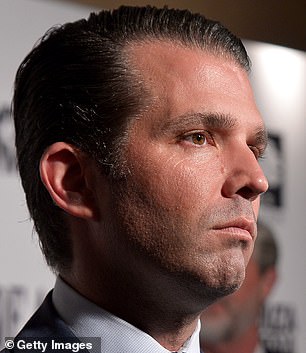 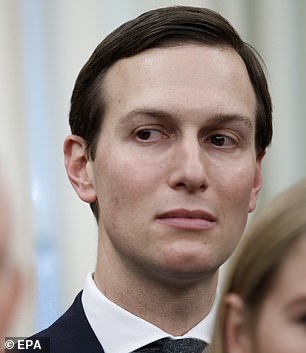 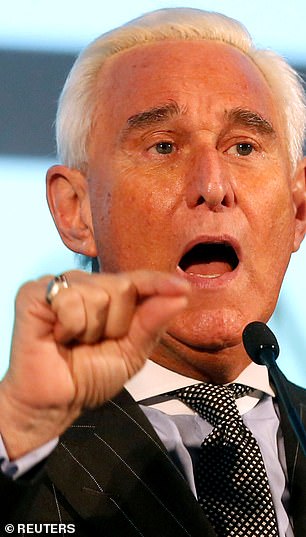 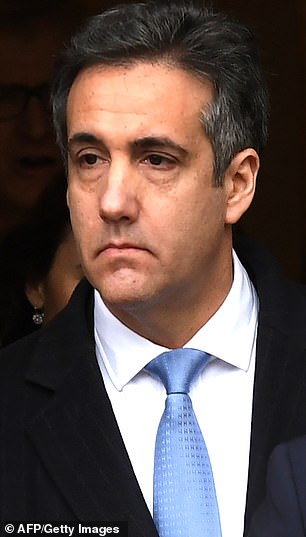 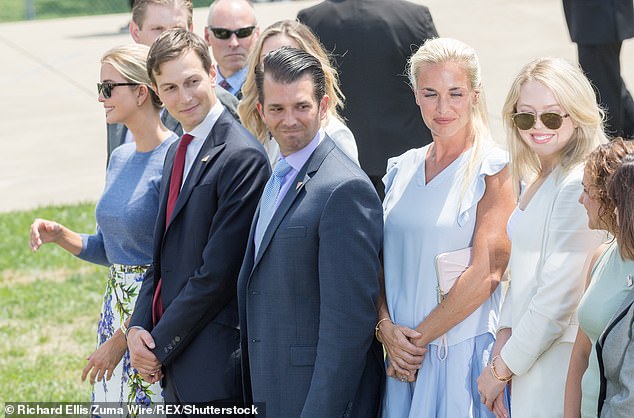 When he takes over the committee in January, Schiff can hold another vote on releasing the transcripts with a time frame.

Mueller requested Stone’s transcript last week, which could be seen as a sign he’s preparing to charge Stone.

Stone came into Mueller’s sights after statements he made during the 2016 presidential election suggested he had prior knowledge that WikiLeaks had hacked Democratic emails and would release them ahead of the election.

Stone has denied this.

One of the charges against Trump’s former personal attorney Michael Cohen is lying to Congress, which he pleaded guilty to doing when he spoke to Senators about how long conversations went on with Russians about the possibility of building a Trump Tower Moscow.

He was sentenced to three years in prison for that and other charges.