All four members of the wealthy New Jersey family who were found dead as their mansion went up in flames were murdered, it has been revealed.

Authorities are investigating a quadruple homicide in the deaths of tech company CEO Keith Caneiro, 50, his wife Jennifer, 45, and their two young children.

Caneiro was found dead in front of the Colts Neck home with a gunshot wound on Tuesday afternoon, while Jennifer and her children’s bodies were discovered ‘severely burned’ inside the $1.5million mansion.

It has since been revealed that the gunshot wound was not self-inflicted. The fire is being investigated as an arson.

Seven hours before his house went up in flames, another fire was reported at his brother Paul Caneiro’s home 20 miles away.

Paul and his family escaped with their lives and neighbors said they told them the fire had been caused by a gas leak.

Keith Caneiro, 50, his wife Jennifer Caneiro, 45, (pictured) were found dead as their $1.5million two-story Colts Neck home went up in flames on Tuesday 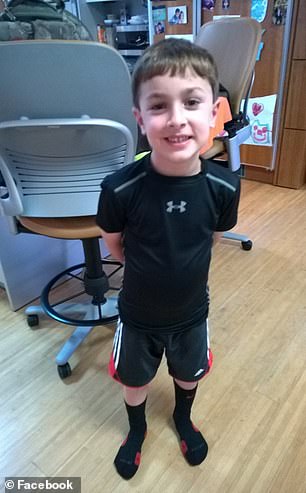 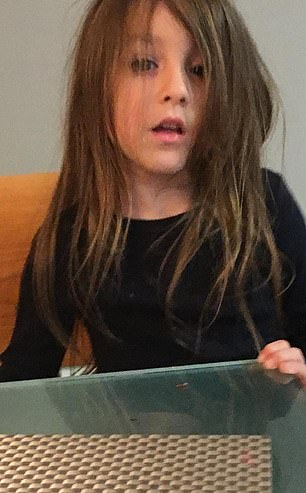 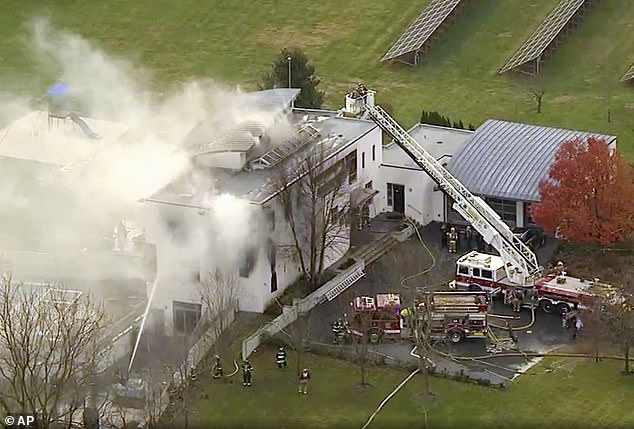 Caneiro’s body was found in front of the home (pictured) with a gunshot wound. Jennifer and her children’s bodies were found inside the home ‘severely burned’ 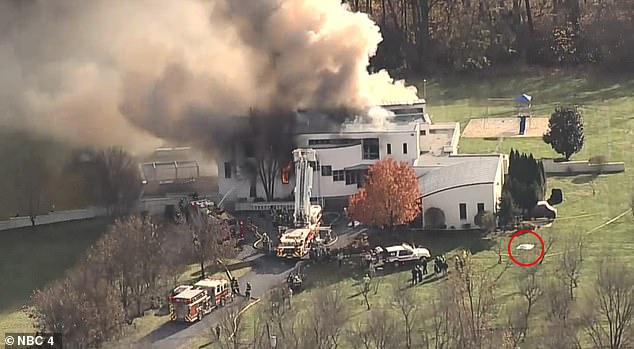 Video showed smoke pouring from the roof while the mansion was ablaze. A sheet, seemingly covering Caneiro’s body, could also be seen in the middle of the yard next to the house 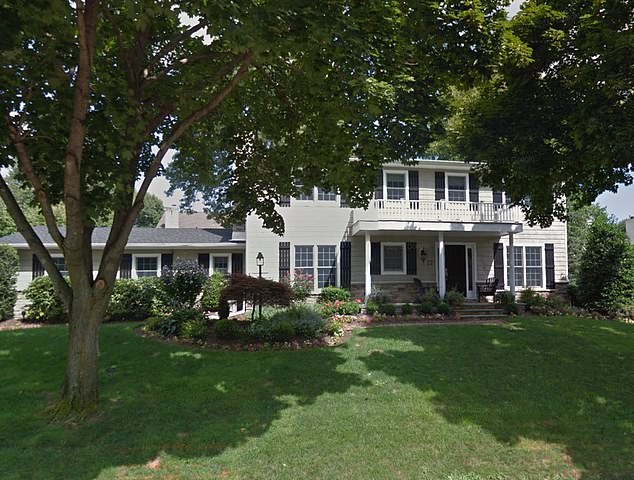 Authorities have not yet released the names of the victims, but law enforcement sources confirmed their identities to NJ.com.

Monmouth County Prosecutor Christopher Gramiccioni said there was no threat to the public but has released no information about potential suspects.

Prosecutors would also not reveal whether a weapon was found at the scene.

Firefighters responded to the fire around 12.45pm on Tuesday.

Video showed smoke pouring from the roof while the mansion was ablaze. 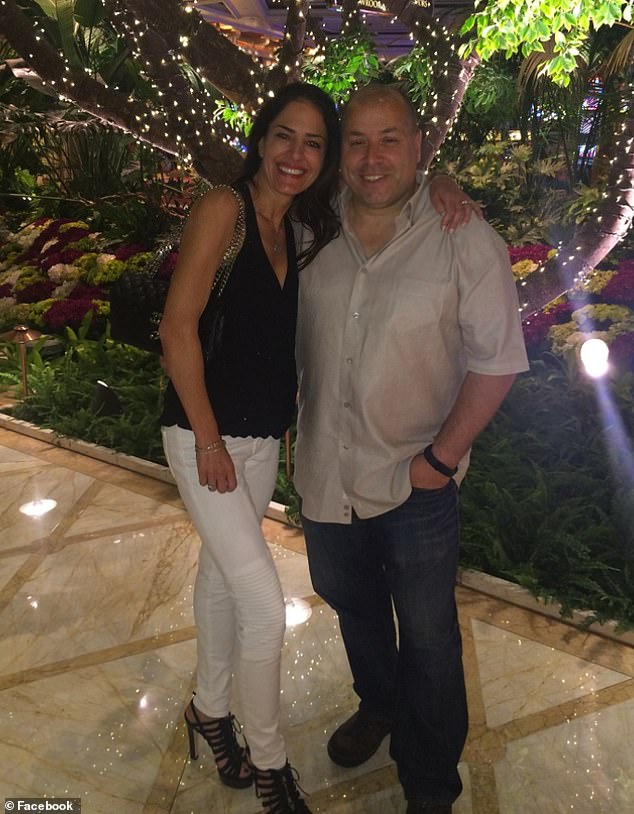 Caneiro was listed as the founder, CEO, and chief technology officer of the technology consulting firm Square One in Asbury Park

A sheet, seemingly covering Caneiro’s body, could also be seen in the middle of the yard next to the house with police tape cordoning off the area.

5am: A fire is reported at the Ocean Township home of Paul Caneiro, Keith Caneiro’s brother

12pm: A neighbor said Paul and his wife Susan remained at the home until around noon and were ‘devastated’

12.30pm: A blaze is reported at Keith Caneiro’s home in Colts Neck, 10 miles away

4pm: Police reveal at a press conference they are investigating the second blaze as an arson

Adding to the mystery surrounding the mansion blaze is the fact that Caneiro’s brother’s home caught on fire just hours beforehand.

A blaze was reported at the home of Paul Caneiro and his wife Susan Caneiro around 5am on Tuesday morning.

A neighbor said they saw Paul and Susan at their home shortly after the fire broke out.

They said Paul ‘appeared to be upset and left a short time after’.

‘He said it must have been a gas leak, he had tears in his eyes. Susan was devastated,’ the neighbor said.

‘He said, “I’m in complete shock, I can’t believe this is happening to me.

‘They were here until about noon.”‘ 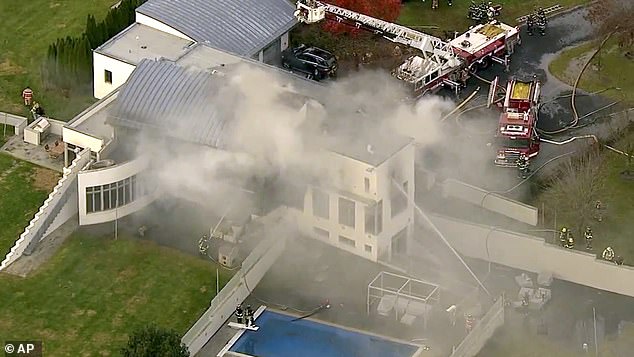 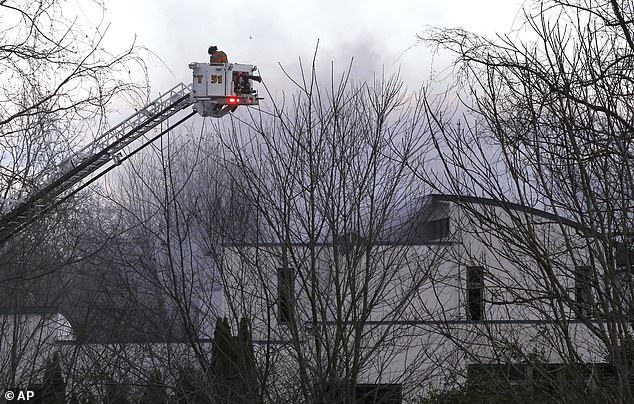 Firefighters were still working to control the blaze at Keith Caneiro’s home hours after it was first reported around 12.30pm 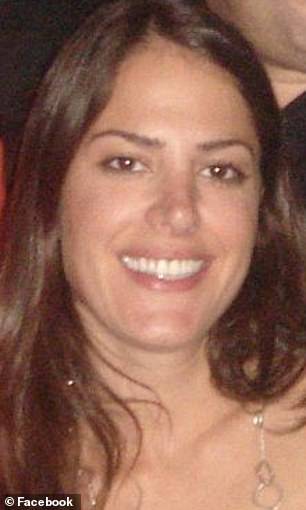 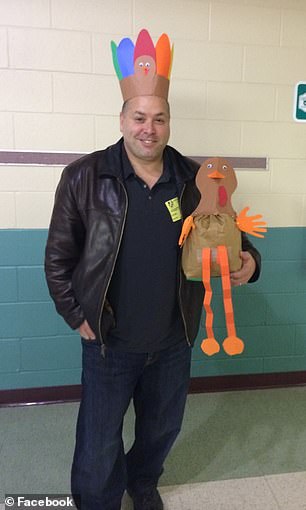 Adding to the mystery surrounding the mansion blaze is the fact that Caneiro’s brother’s home caught on fire just hours beforehand. Caneiro and Jennifer are both pictured here 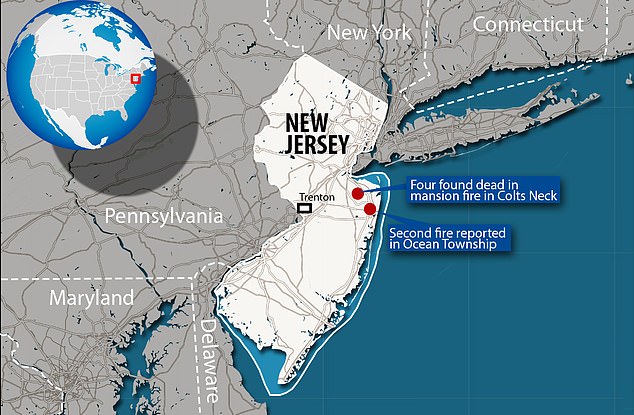 Caneiro’s brother’s home is located in Ocean Township, just about 10 miles away. A fire was reported at Paul Caneiro’s house at 5.30am

The was no visible damage at the front of the home, but the flames damaged the back of the residence as well as the attic.

Investigators said gas cans were found at the back of the Ocean Township home. They would not confirm if the two fires were linked.

‘That remains to be seen but that is an angle we continue to pursue,’ said Gramiccioni.

Caneiro and Paul were partners in Square One, a tech consulting firm based in Asbury Park.

Keith was the founder, CEO, and chief technology officer while his brother was the vice president. 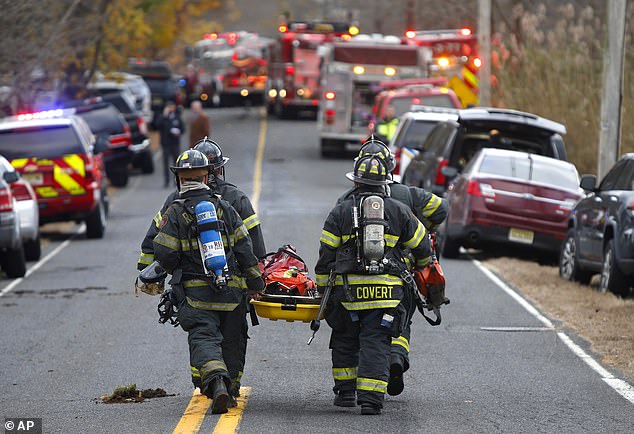 The brothers were also partners in a pest control company they operated from the same office.

Colts Neck is a well-to-do community about 50 miles south of New York City and is home to horse farms.

The area is home to Bruce Springsteen, as well as comedian and former The Daily Show host Jon Stewart. 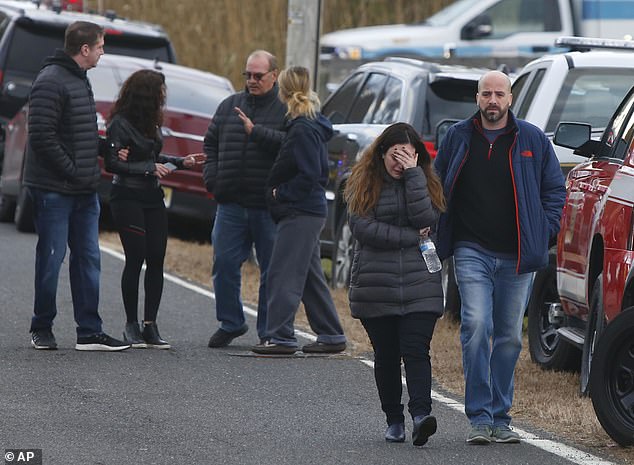