Wealthy financial adviser, 45, killed himself with a shotgun over ‘honest mistake’, inquest hears

Mr Bedingfield (pictured with partner Andrea Owenova) was found in the woods after an investigation at his workplace. He had made frantic calls to the police, saying: ‘Please hurry’

A financial adviser killed himself with a shotgun after wrongly convincing himself he faced losing his 20-year career over an ‘honest mistake’, an inquest has heard.

Senior investment director James Bedingfield was unable to sleep and living in fear of being fired while he was the subject of an internal investigation.

The 45-year-old had been assured his job at investment firm Investec was safe.

But he shot himself in November last year in a wood close to his £1.3million mansion in Dronfield, Derbyshire, a coroner heard.

Chesterfield Coroners Court was told that in the minutes before ending his life James made several frantic calls to the police, ambulance as well as to his loved one. His last words to a police call handler were: ‘Please hurry!’

Hours later armed officers found his body on the bench with a shotgun by his side. He had suffered severe head injuries and was pronounced dead at the scene.

Although the circumstances surrounding his death appeared straightforward the inquest was dramatically halted when his family raised concerns over the police’s response during the six hours from them being contacted to his body being discovered on the bench.

During the hearing James was described as ‘methodical’ and ‘conscientious’ as well as a man ‘who liked to be in control’. He was found dead in Frith Wood just after midnight on November 16 2018. 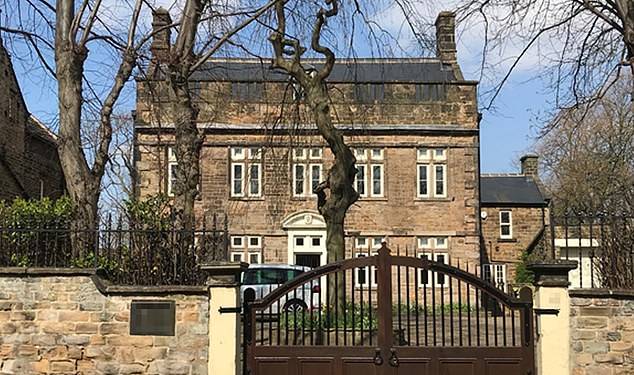 The senior investment director was found dead in woods close to his £1.3million mansion (pictured) in Dronfield, Derbyshire

Three days earlier he visited his GP and was prescribed sleeping tablets after admitting he was struggling to cope with the situation at work. He told the doctor he had fleeting thoughts of suicide but said he would never act on them.

Only days before that he had been summoned to London to meet with the company’s UK Managing Director over the investigation into his work.

Mr Bedingfield had been with Investec for 22 years and had built up a successful career advising on investments and pensions. His portfolio of clients was worth £425 million. 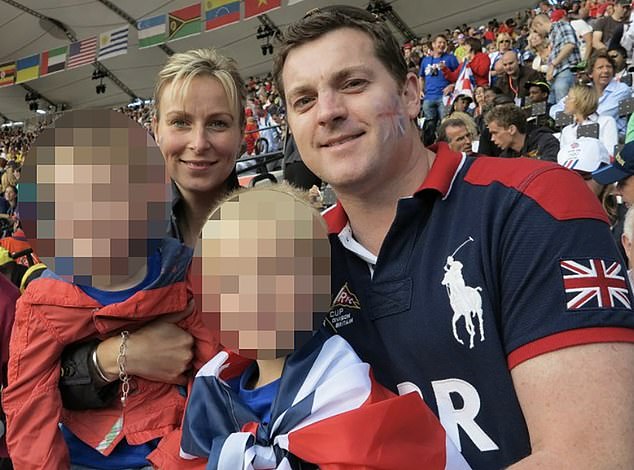 Mr Bedingfield, pictured with his long-term partner Andrea Owenova, had been struggling to deal with the investigation despite assurances his job was safe

In a statement read to the court Divisional Director Matthew Beddall said his colleague and friend had devoted himself to making a success of his career, which was ‘time consuming and stressful’.

But he found time to organise charity events such as a bike ride to Paris to raise more than one million pound for good causes and was ‘community minded’.

Early last year James took on an outside client linked to the transfer of former British Steel pensions, who he sent some documents without approval. The unnamed man was not registered with the Financial Services Authority (FSA).

Mr Beddall said: ‘In hindsight, James should not have sent him anything, but he had known him for a number of years.

‘Then he also admitted he’d had unrecorded conversations with this man on his private mobile.’

The court was told Investec employees all had company phones which recorded and logged conversations to ensure transparency.

The error was not particularly serious but needed investigating, the inquest heard. James was also told his bonus was being deferred until the inquiry was over.

His colleague said in the days before his death he seemed ‘out of sorts’ and had confided he had seen his doctor. Mr Beddall asked if had thought about harming himself, but he said ‘No!’

The day before the tragedy IT technicians had come to upgrade the computers in the firm’s Sheffield office where Mr Bedingfield was based. 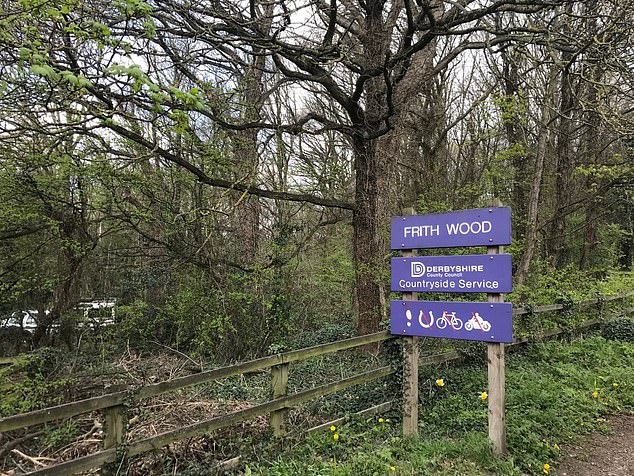 This is the wood in which Mr Bedingfield’s body was found. An inquest heard that he killed himself over an honest mistake at work

‘I think James thought we were spying on him, but it was all pre-planned,’ said Mr Beddall. ‘He would not have lost his job in relation to the review at work.

‘I still can’t believe he has taken his life. I certainly did not realise the level of distress he was in.’

On the 13th November his GP Dr Chris Duffy had concluded he was suffering ‘an acute reaction to work stress’ and prescribed him some sleeping tablets.

He said James was ‘pessimistic about the outcome of the investigation’, but after speaking with him at length said he was ‘at low risk of harming himself’.

The financial consultant’s partner of 12 years Andrea Owenova said he was ‘very focused’ on his career and was usually ‘very good under pressure’. 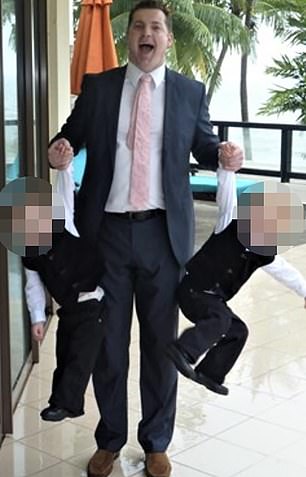 James Bedingfield (pictured) was found dead in the woods in Dronfield, Derbyshire, after turning a gun on himself, an inquest heard

‘But a few weeks before he died he’d sent some paperwork to a client which he should not have done. It was an honest mistake,’ she said in a statement.

‘After that he began to doubt himself, the company offered to give him time off but he carried on because that’s the type of person he was.

‘He was worried what other people would think of him. At times he was crying and shaking which was not like Andrew at all.’

She said on the day of the tragedy James had been off work and had taken the kids to school before returning home from a shopping trip to do some chores.

He went upstairs and she left the house to collect their children, aged nine and 10, from school at around 5.30pm. She never saw him alive again.

On her return she found his car on the drive, the front door unlocked and the house empty, she went upstairs and saw the door to the attic was open.

When she looked inside she saw the gun safe was open and the shotgun, for which he had a licence and used for clay pigeon shooting, was missing.

Quickly she checked on the property’s CCTV and saw footage of James’ locking the gates and driving away in a taxi.

The taxi driver Mustaq Anwar said he knew James as a regular passenger in his cab. His fare was carrying a rucksack and asked to be dropped off near the wood.

His parents had also raced to the couple’s home after James sent a text to his mum saying ‘sorry’ and ‘thank you for a lovely life’.

Police Constable Michael Maughan said a minute after that message had been sent at 6.15pm James made the first of a series of 999 calls.

Crucially 15 minutes later his family called the emergency number and made police aware he may have a shotgun.

Officers heading to the wood were stood down and armed police units were scrambled which meant there was a delay in dealing with the emergency.

It was almost six hours later that James’ body was discovered. He had left letters at the scene for his loved ones.

Asked about James’ garbled phone messages PC Maughan, said: ‘I believe that it was a cry for help and that he may not have wanted to go through with it.

‘I think he would have felt that he had let himself down personally. But I spoke to his colleagues, he was very well loved by them and his clients.’

But the constable said he could not answer the family’s questions about the protocol Derbyshire Police had in place for such a situation and how their response was co-ordinated by senior officers.

James Harvey, representing the family, said they had concerns over the police’s handling of the incident and the apparent delays.

Mr Harvey asked the court: ‘Could someone have got to him before he did what he did?’

He also asked about the way Investec had dealt with James’ case in the weeks before his death.

‘Investec did a lot, but James was clearly a very successful person, so what’s the protection around people like that if that’s taken away from them?’ he said.

‘It was a very stressful situation, mental health in the workplace is a very high profile issue these days, especially for men of a certain age.’

Derbyshire Assistant Coroner Peter Nieto decided to adjourn the inquest to allow both the police and Investec to provide further information.

He said: ‘Were the police’s response appropriate and timely and could the outcome have been different?’

‘And there is the question as to whether the company had prior regard to James’ mental health and how he would react (to the meeting).

‘Clearly without this information we do not have all the answers,’ Mr Nieto added. The coroner will give his conclusion when the inquest resumes at a later date.