Thermal images show the extreme temperatures London commuters have to face as they battle their way to work and from on the hottest day of the year.

A woman is pictured clutching her fan in the hope of cooling down on the Northern Line where temperatures reached 96.8F (36C) 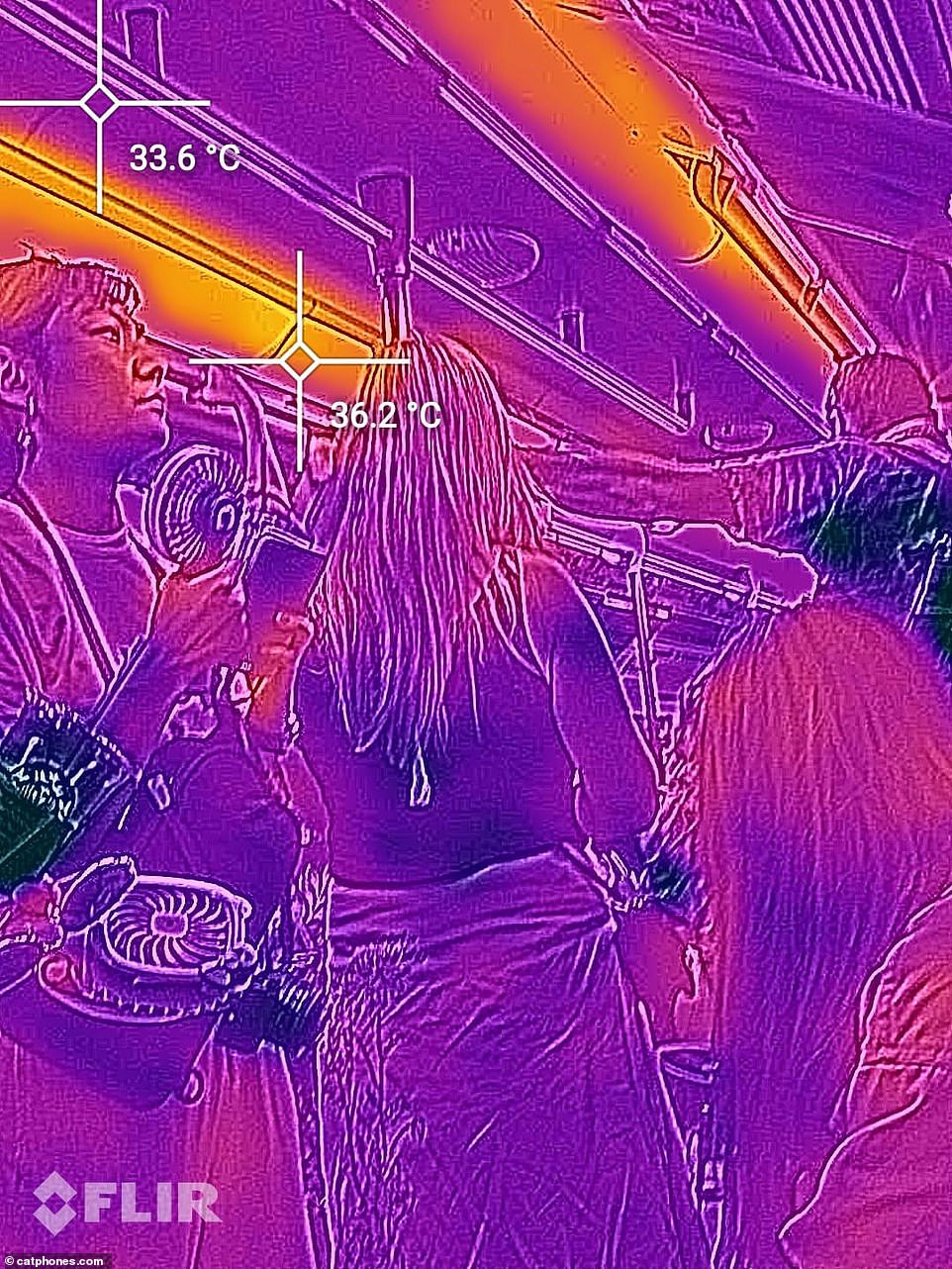 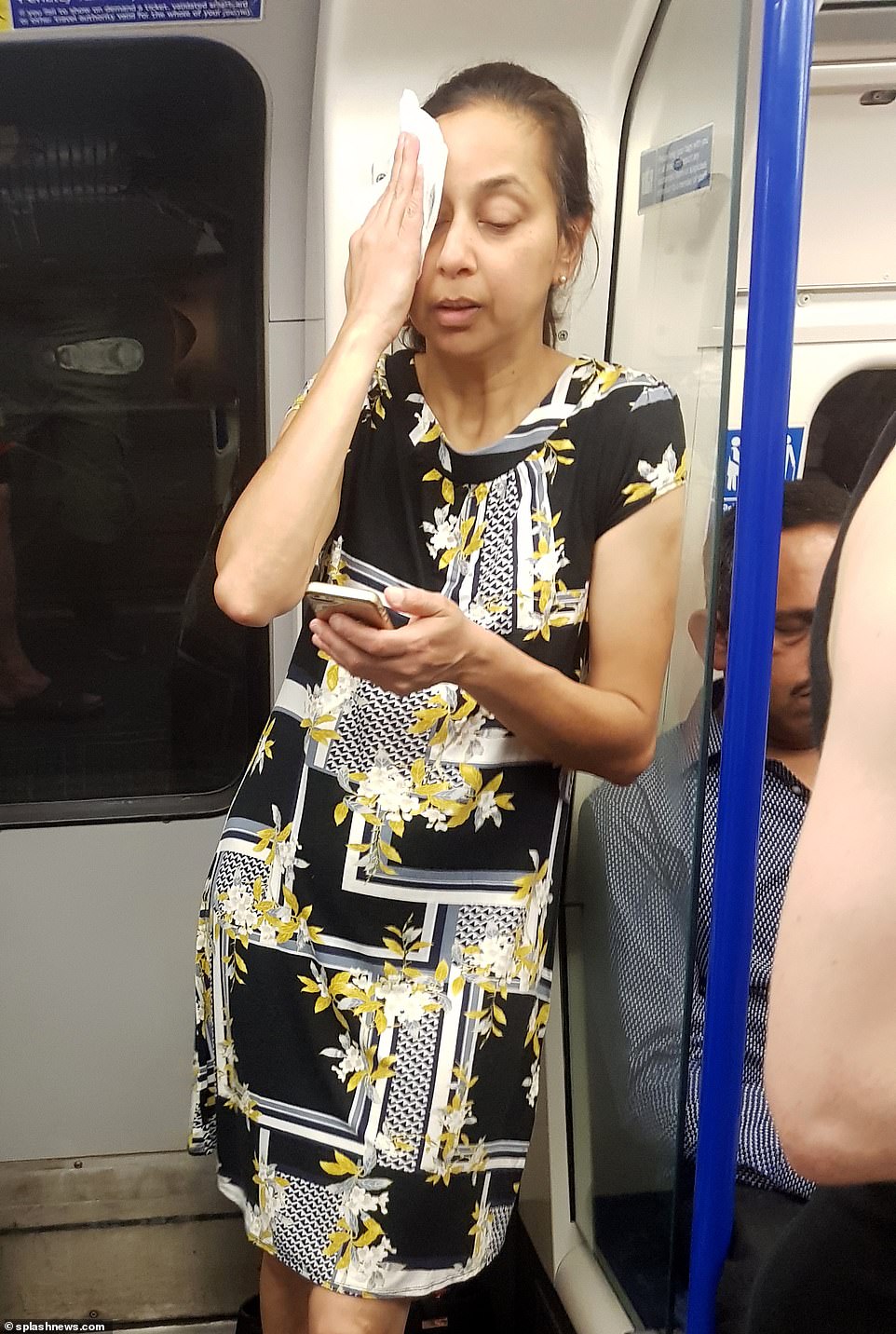 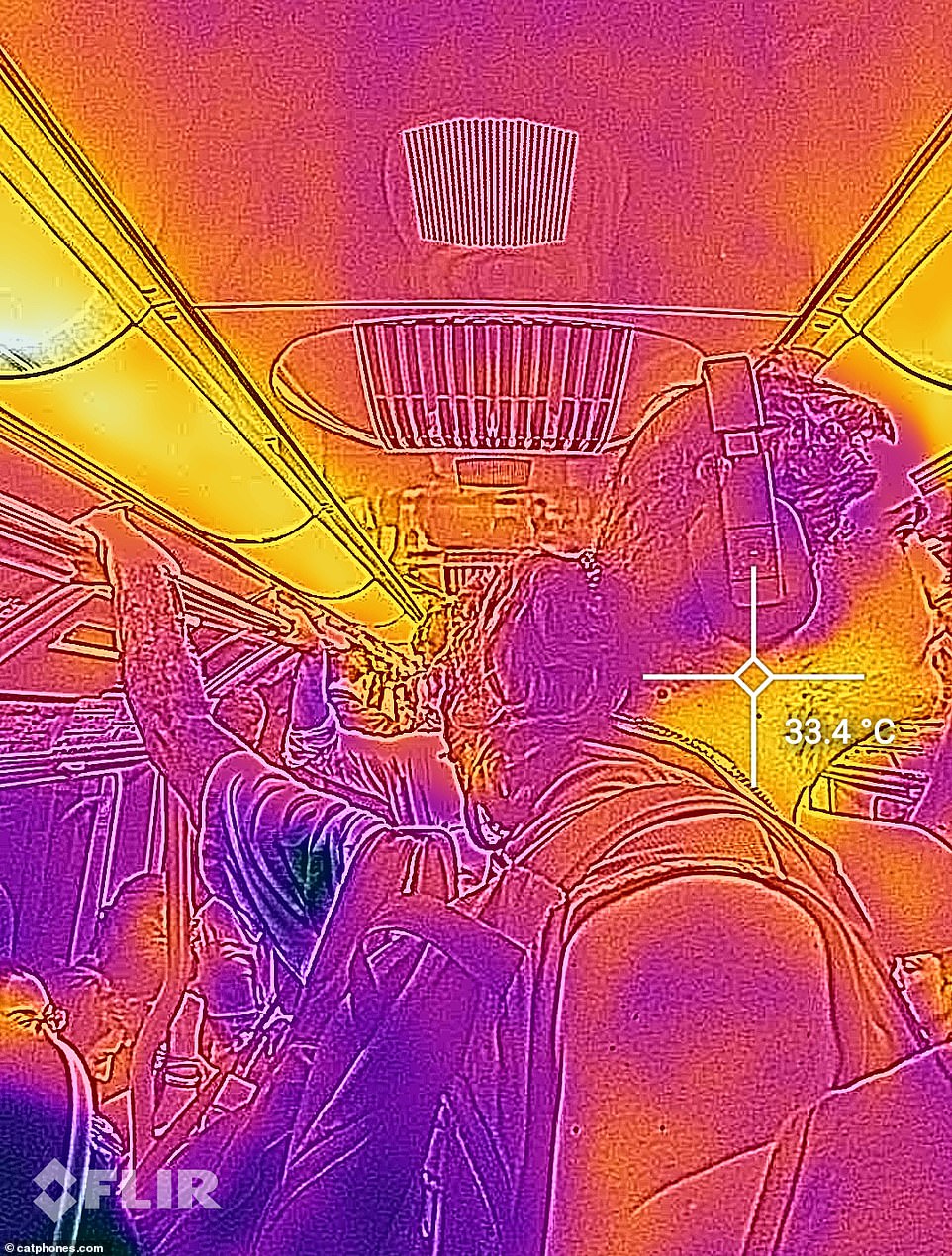 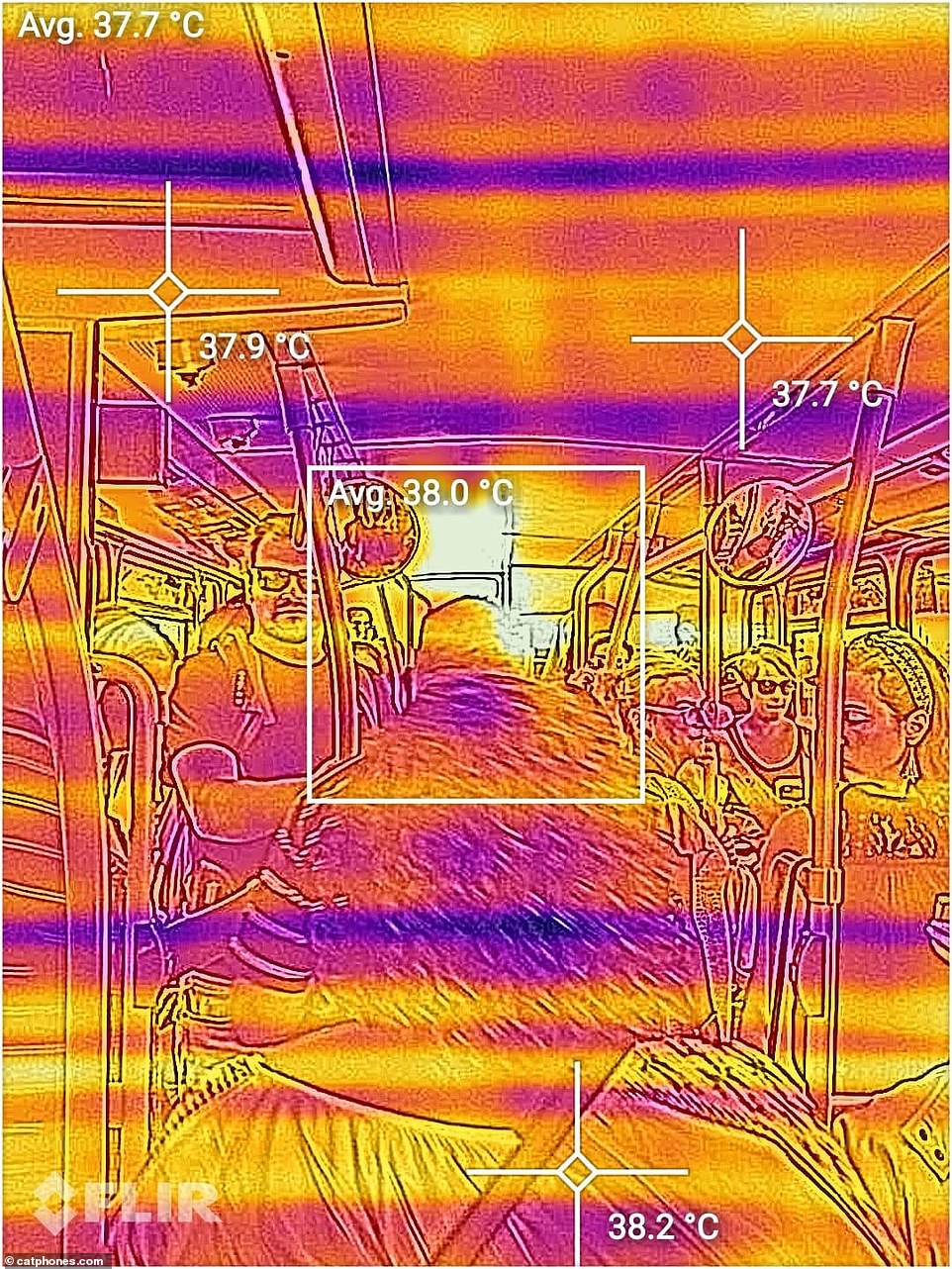 Thermal images show temperatures of 100F (38.2C) on the 220 London bus from Willesden to Wandsworth today

Workers in the capital took to social media to blast the Central, Northern, Picadilly and Bakerloo lines, claiming they were ‘hot as hell’ on their journey in this morning.

They face another sticky journey this afternoon when temperatures could reach their highest ever of 102F (39C), breaking UK records.

The mercury hit 36.7C during the evening rush hour on London’s Central line tube and many commuters called for air conditioning to be installed. 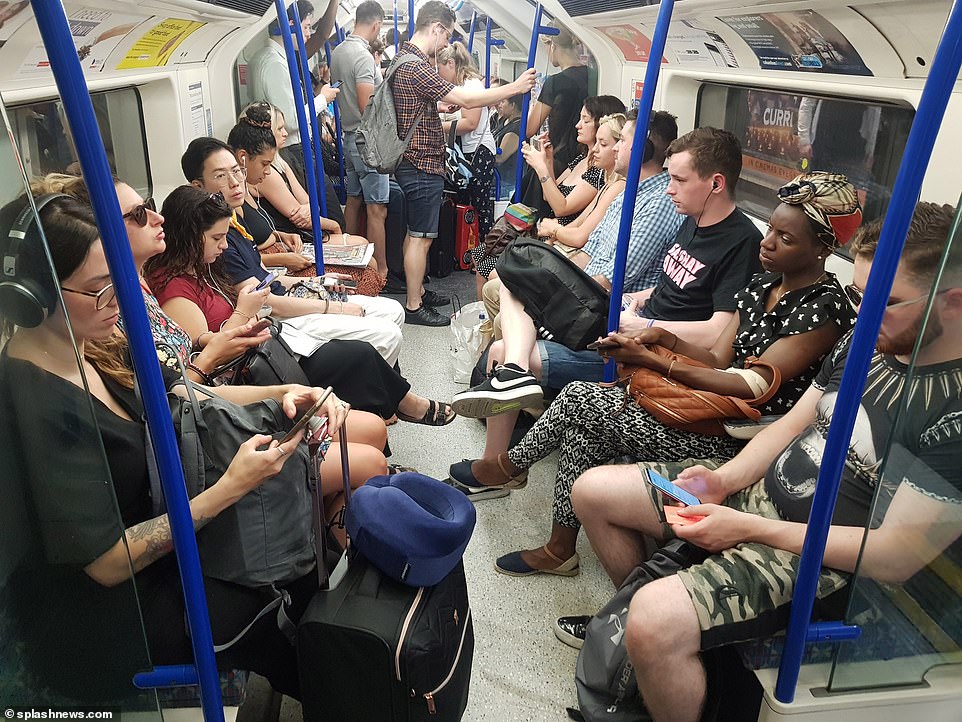 The Piccadilly Line is pictured full of fed up commuters this morning as they endured stuffy, sweaty Tube carriages 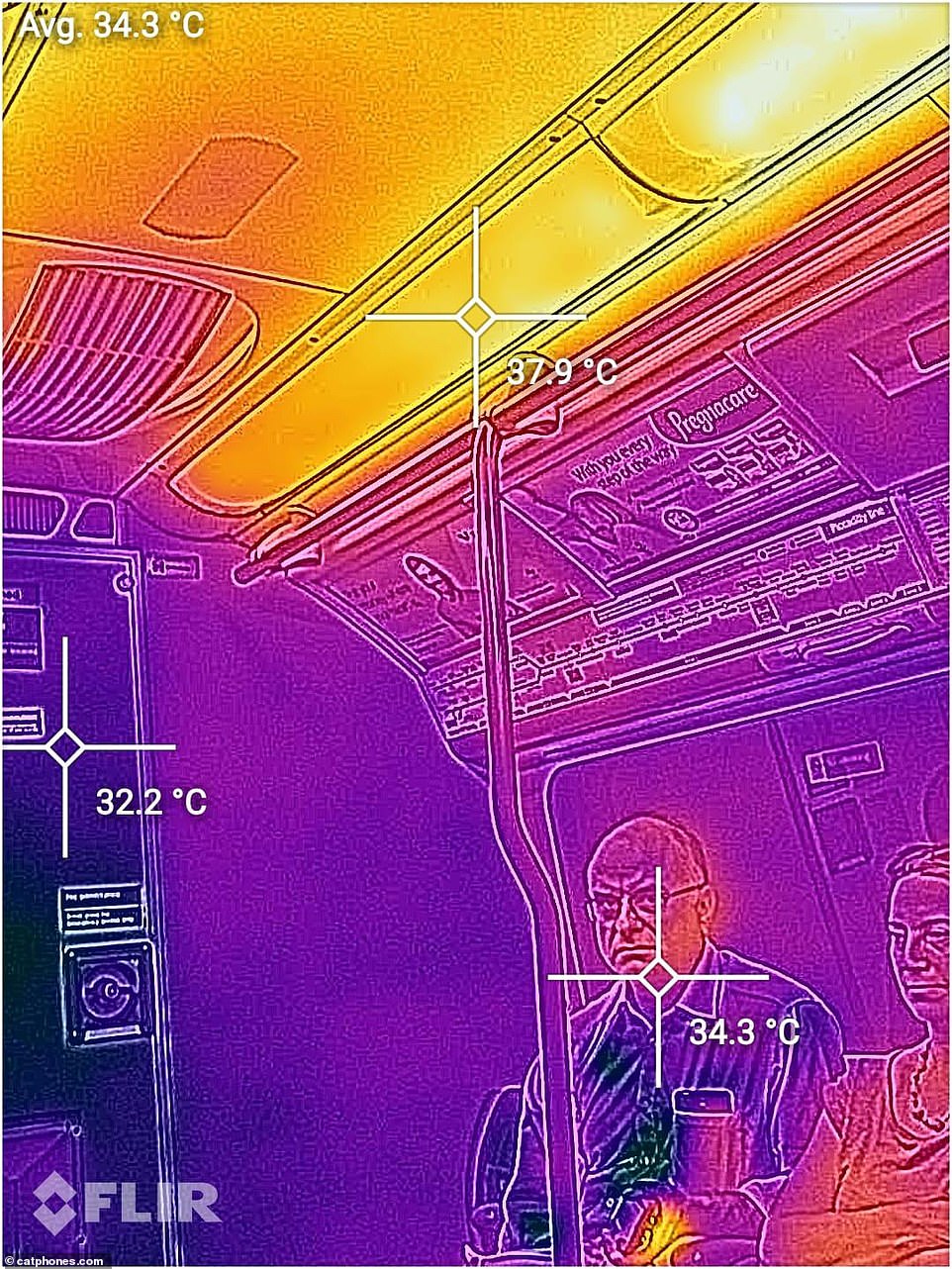 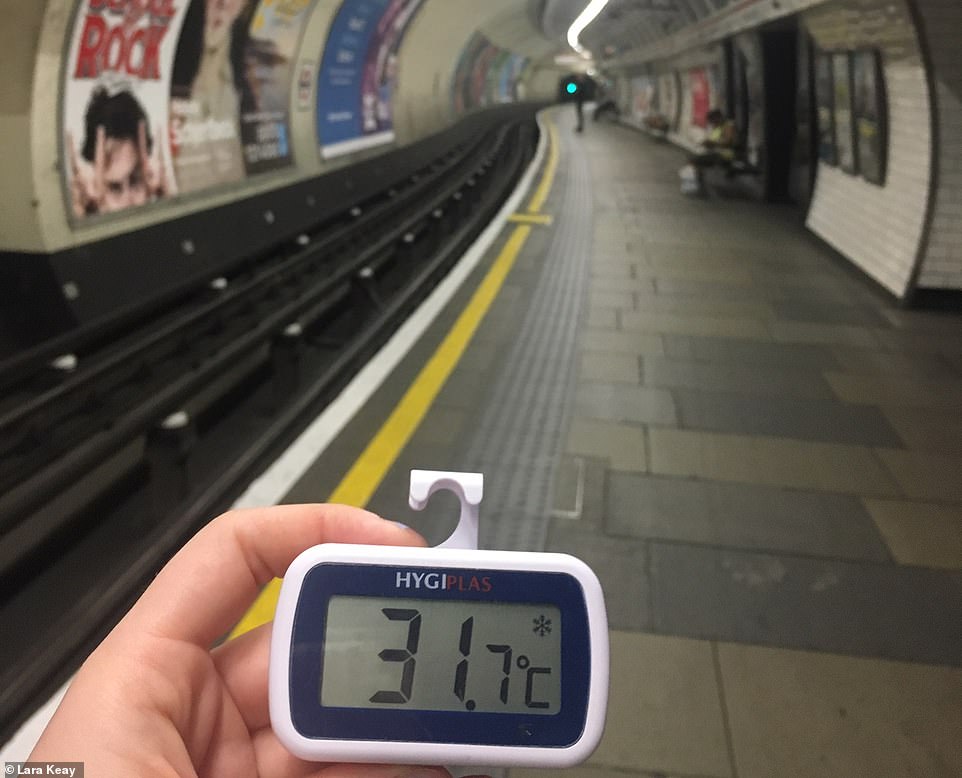 A temperature of 89.1F (31.7C) was recorded at Notting Hill Gate station on the Central line in West London at 7.30am today

Have you taken any pictures of the heatwave?

Suran Ding, 31, of Canary Wharf, east London, who works in marketing, said she meditates to stay cool on the underground.

She said: ‘We are being treated like animals because in China every tube has a cooling system you could have with other cities.

‘The central line is one of the worst I have to use. It’s really unbearable. I have to meditate on the actual train. It definitely helps, just telling yourself, ‘don’t think about anything else, just close your eyes’.’

She added: ‘If I didn’t meditate i would definitely get anxious and feel more hot and it just gets worse.’ 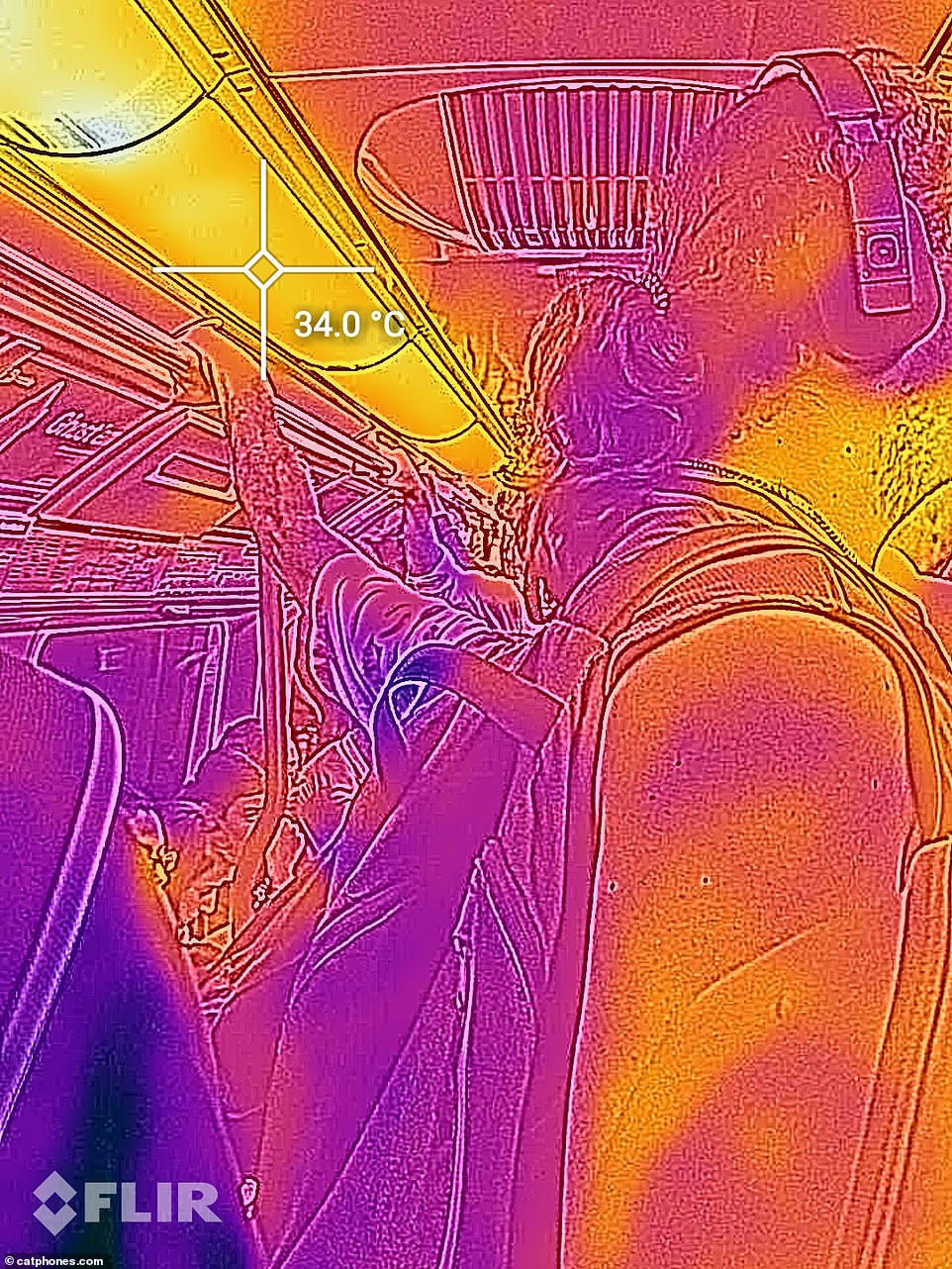 Packed Tube carriages are pictured on the Victoria Line where the mercury rocketed to 93.2F (34C) on the morning commute 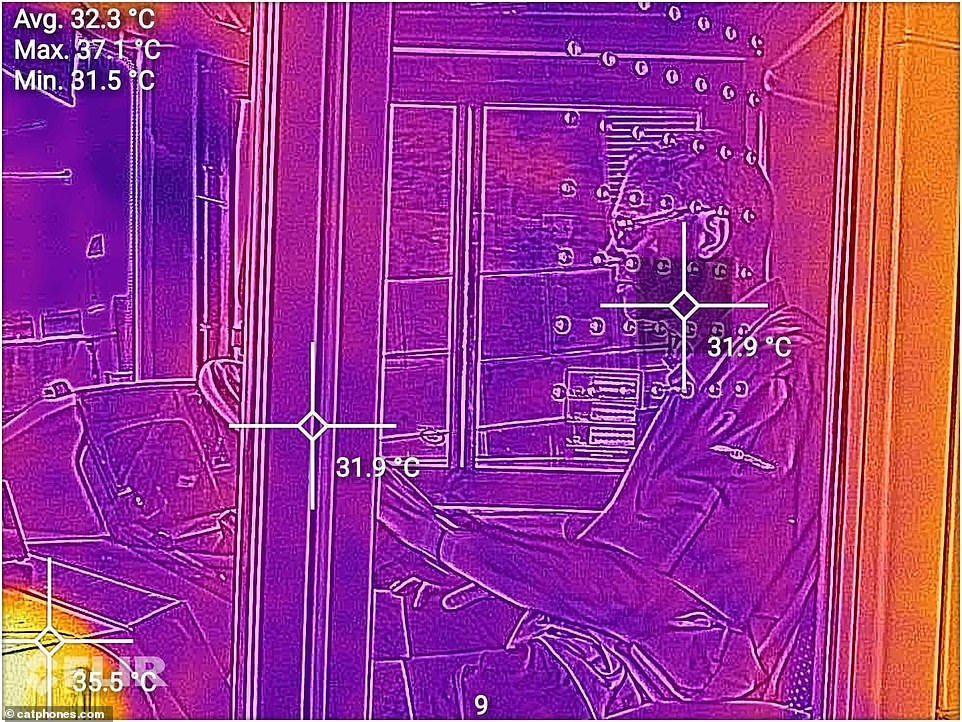 A London bus driver heading through Oxford Street in temperatures of 95F (35.5C) is pictured using a thermal imaging camera

The images were taken with the Cat S61 smartphone, which show the hottest areas of Tube carriages and London buses.

They show irritated commuters clutching fans as they trudge through horrendous temperatures.

Fiona Plant, 57, an editor from Walthamstow, north east London, said: ‘Sometimes I feel we are being treated like animals.

‘Even at winter times when it’s not this hot it gets really stuffy on here and very congested. It’s unpleasant at other times of year as well just because there are so many people on at once.’ 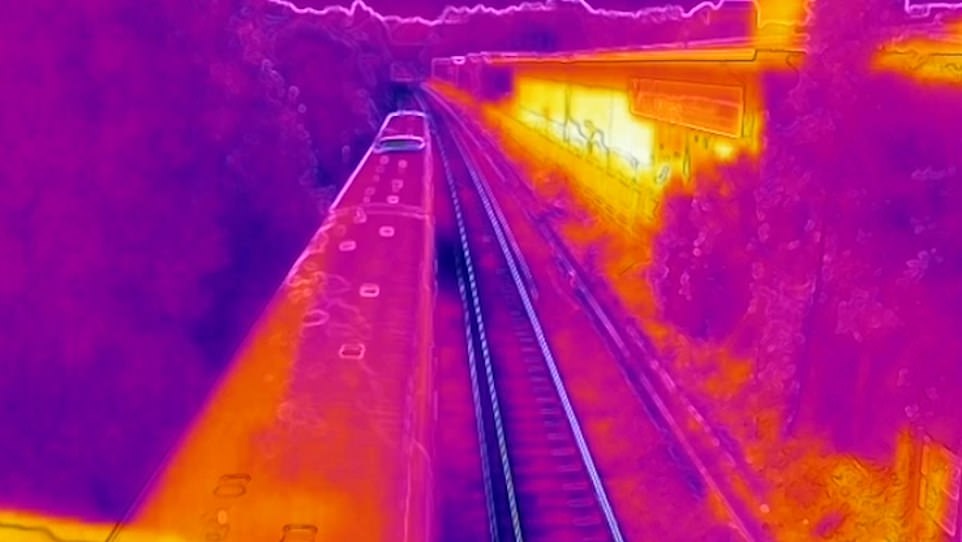 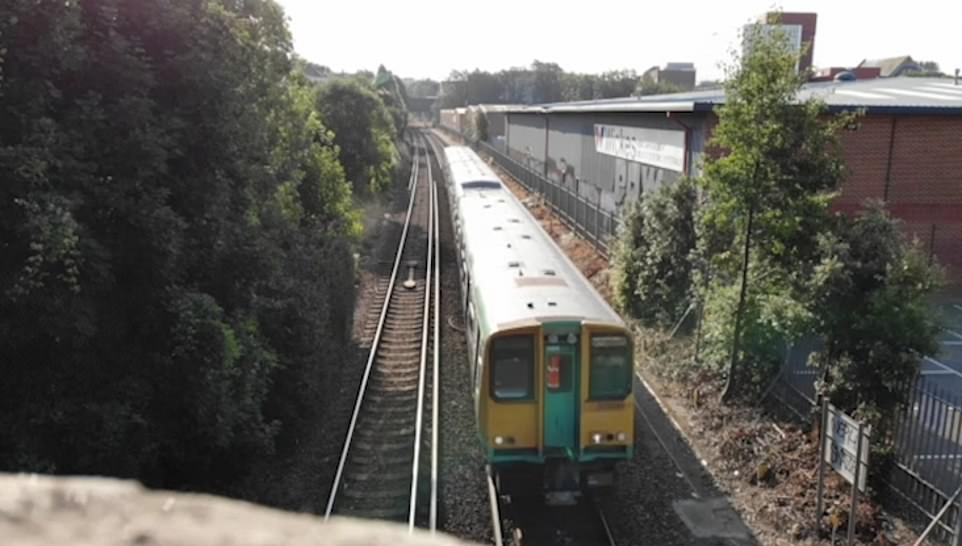