Hey Google, what was that I wrote? Web giant unveils technology that can read even the most unintelligible scrawl

Google has unveiled software capable of scanning handwriting and turning it into chunks of digital text.

Users of the search engine’s Google Lens app simply need to copy the text and paste it into a document to complete the transition to screen.

The move could prove revolutionary – with teachers, managers and politicians all finally able to decipher each other’s scrawl.

Users of Google Lens will simply need to scan their handwriting to transform it into beautiful computer text. It is hoped this will save time transcribing words

Google announced the change on its blog page, stating it offers an easy way to ‘get things done while working and learning from home’.

‘This is great for quickly copying handwritten notes (if you write neatly!) and pasting it on your laptop,’ said Google’s product manager Lou Wang.

The app is available for most Android phone users, while those with an Apple device can access it on the Google app.

Handwriting came to centre stage in the UK in 2006 when George Osborne criticised then-chancellor Gordon Brown for his notes, and claimed the chancellor’s judgement was flawed.

Brown, who became prime minister, was forced to apologise for his poor handwriting and misspelling after he mis-spelt the name of a dead soldier in a letter to his mother in 2009. 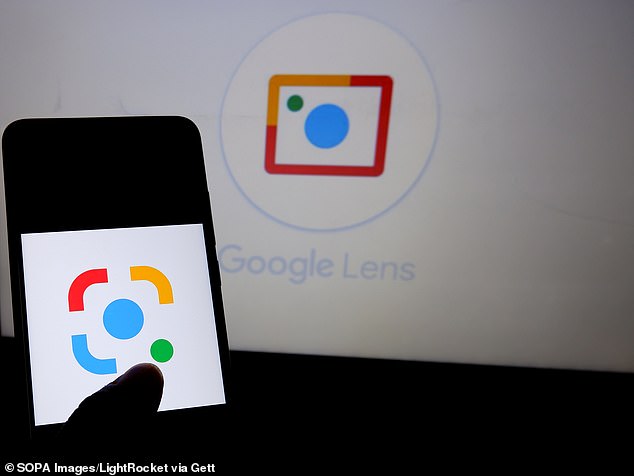 Most Android users will be able to download Google Lens.

Apple users will be able to access the feature on standard Google apps.

His words had been written to the family of Grenadier Guardsman Jamie Janes, 20, who died in a roadside bomb blast in Afghanistan.

London hosts a school for deciphering handwriting, called the London College of Graphology, where experts claim to learn how to determine a character from strokes of the pen.

Beethoven, Ghandi and Donald Trump all famously have difficult-to-read handwriting.