Wedded bliss… don’t bank on it! Married couples are no happier than single or divorced people

Wedded bliss… don’t bank on it! Married couples are no happier than single or divorced people, 40-year study of 7,500 individuals shows

Married couples aren’t any happier than those who are divorced or single, a study spanning 40 years has shown.

The findings, published in the Journal of Positive Psychology, followed the relationship histories of 7,532 people from when they were 18 to when they turned 60.

Psychologists from Michigan State University asked participants to complete a survey at the end of the 42 years to find who was the happiest.

Married couples aren’t any happier than those who are divorced or single, a study spanning 40 years has shown (stock picture)

In the study, seen by The Telegraph, the researchers found that of the people taking part in the study, 79 per cent were consistently married and spent the majority of their lives in one marriage.

Some eight per cent were consistently single or people who spent most of their lives unmarried and 13 per cent had varied histories or moved in and out of relationships including divorce, remarriage or becoming widowed.

Although the married couples did have a very minor increase in happiness levels, the researchers found that it was not by a substantial amount.

The married group responded with a 4 out of 5 when answering how happy there were.

Professor William Chopik, who led the study, told The Telegraph: ‘People often think that they need to be married to be happy, so we asked the questions, ”Do people need to be in a relationship to be happy? Does living single your whole life translate to unhappiness?” 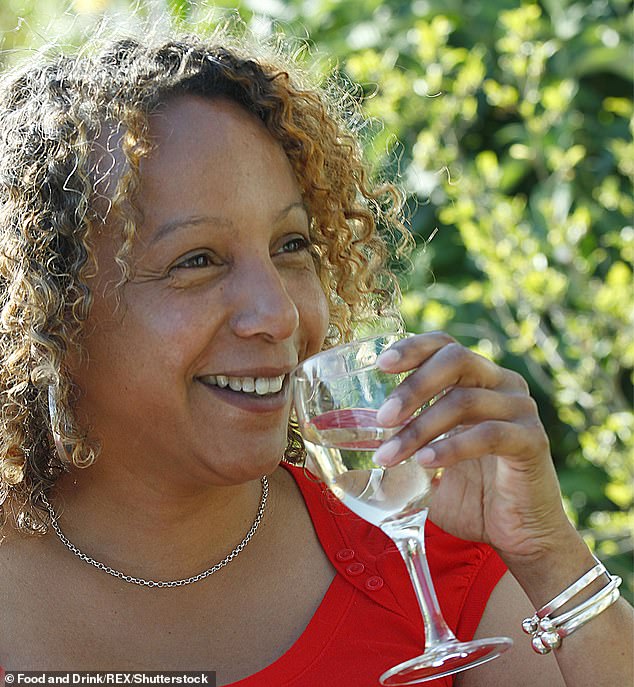 He added: ‘When it comes to happiness, whether someone is in a relationship or not is rarely the whole story. People can certainly be in unhappy relationships and single people derive enjoyment from all sorts of other parts of their lives.

‘In retrospect, if the goal is to find happiness, it seems a little silly that people put so much stock in being partnered.’

Mariah Purol, co-author of the report, said that they were surprised to find that people who were single all of their lives didn’t differ in happiness levels.

She noted that the study suggested that people who have ‘loved and lost’ are just as likely to be happy than those who have ‘never loved at all’.