A week-old baby was found floating in the Atlantic Ocean near Boynton Inlet, Florida on June 1, a drawing of her likeness above

A dead week-old baby girl was found floating in the Atlantic Ocean off the Florida coast.

The young child nicknamed ‘Baby June’ was spotted near Boynton Inlet on June 1 by a Boyton Beach firefighter who was out fishing and mistook the floating infant for a doll.

She was four to seven days old when she was found about 100ft off the shore and had been in the water for six to 18 hours, according to ABC7.

Police have released a sketch of the child and are pleading for anyone with information, particularly the parents, to come forward.

Baby June is described as likely Black, Hispanic, or multiracial, but could be Caucasian with dark skin. DNA testing is being conducted.

The child was of healthy weight and had no clothing on when she was found.

Police declined to say whether there were signs of abuse.

She was mostly likely born around May 25 to 28. 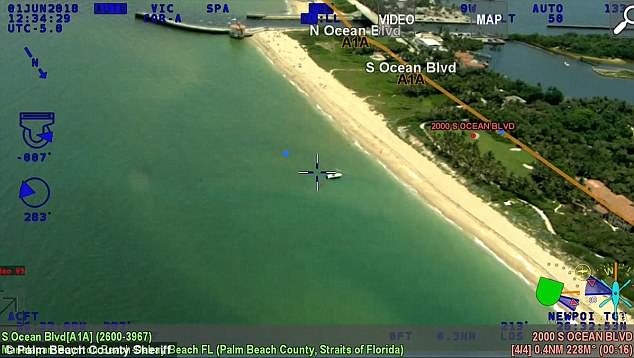 The child was found 100ft off the Boynton Beach coast by a local firefighter who mistook her for a doll, a police map of where she was found above 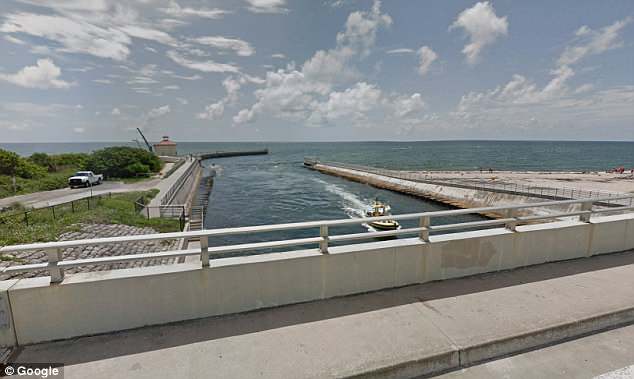 She had been in the water for about six to 18 hours. It is not clear if she was placed there from a boat or if she was thrown into the water, view of Boynton Inlet pictured above

Police added that multiple agencies were reviewing tips but none have panned out.

‘It’s gut-wrenching. We hate seeing it. We desperately want to get to the bottom of what happened,’ Strivelli said on the case.

Police are yet to reveal the cause of death and whether investigators believe the baby was dead before entering the water.

It is not yet clear if she was placed in the water from a boat, by someone in the water, or tossed from land.

Strivelli added that she could have been on a boat bringing immigrants illegally from Cuba or Haiti as the Boynton Inlet area is a frequently used landing spot. 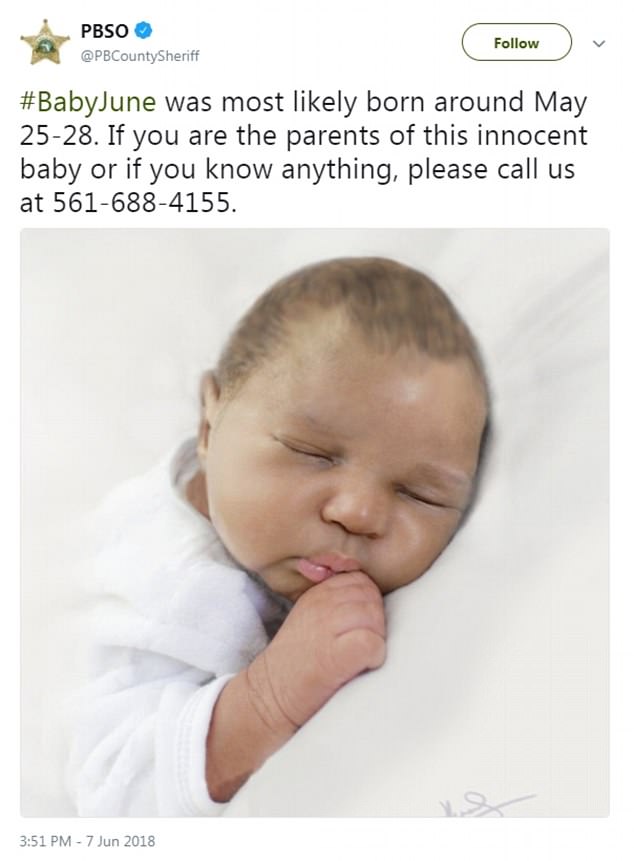 Police are pleading for the parents of the child, nicknamed ‘Baby June’, to come forward

She was found by Boynton Beach firefighter Chris Lemieux as he was fishing with two friends.

He drove his boat towards the child, which he at first thought was a doll.

He said the child looked dead when he found her.

‘It just blows my mind that you see stuff like that … you think how the heck could somebody do something? I don’t know the situation, but you go through it in your mind: How’d it happen?’ Lemieux said to ABC.