Millions of Australians BAKE in punishing 48 degree heatwave on the west coast while other shiver and cop bucketing rain: Here’s what to expect this weekend

Australia is in for another weekend of extreme weather with one state facing scorching temperatures whilst another is hit with a post-winter chill.

A heatwave is sweeping across northern parts of Australia, forcing authorities to urge residents in affected areas to take precautions.

Weatherzone meteorologist James Rout said the heatwave conditions would continue for northern and western Australia for the entire weekend – before worsening early next week.

‘On Sunday and Monday it will hit 48 degrees for the West Kimberley and Pilbara regions, which are the hottest parts of Australia,’ he said.

‘The heat that’s generated there gets transferred across to other parts of Australia.

‘The heat is going to be drawn down into parts of South Australia, New South Wales and Western Queensland but they won’t reach as high temperatures.’ 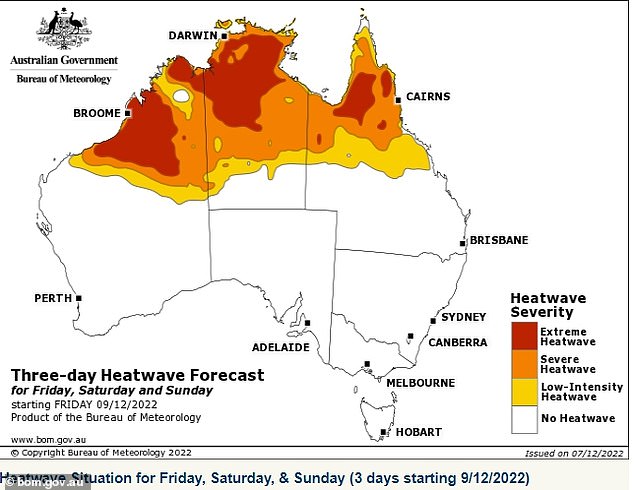 The temperature in the inland Pilbara town of Marble Bar has exceeded 45C on each of the last four days, getting as high as 46.2C on Wednesday.

This was the highest temperature seen anywhere in Australia and the Southern Hemisphere so far this season.

On Wednesday, Birdsville in Queensland reached 45.6C and Jervois in the Northern Territory hit 44.9C.

Mr Rout said it would be dry across Australia as a whole.

‘There are dangerous fire conditions for parts of South Australia,’ he said.

‘The worst conditions will be in the York Peninsula and Eyre Peninsulas, and north of the Flinders Regions.

‘Fire Behaviour Index (FBI) is up to extreme for those regions, and up to catastrophic for the York Peninsula although conditions will moderate on the Sunday with a cool change.’ 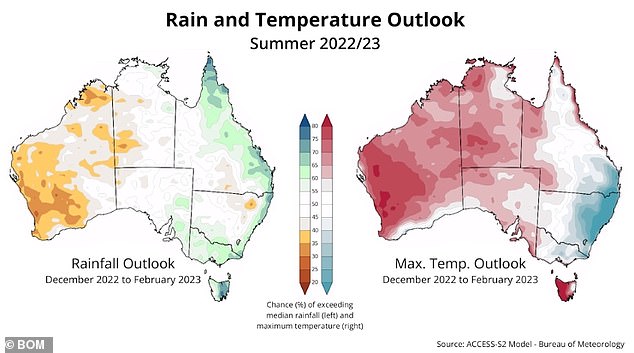 The FBI is a simple numerical scale which runs from 0 to 100 and beyond, with increasingly high values indicating increasingly dangerous fire behaviour and therefore fire danger risk.

There is a similar pattern across the southern and eastern states, with warm temperatures on Saturday in Adelaide.

Despite the heat, other parts of Australia can expect to see a cool change on Sunday.

Adelaide will see a sizzling 34C on Saturday, with a dramatic cold switch on Sunday to a top of only 21C.

Meanwhile in Victoria, it will be quite a bit cooler than the rest of the nation with Melbourne hitting around 23C on Saturday and 26C on Sunday. 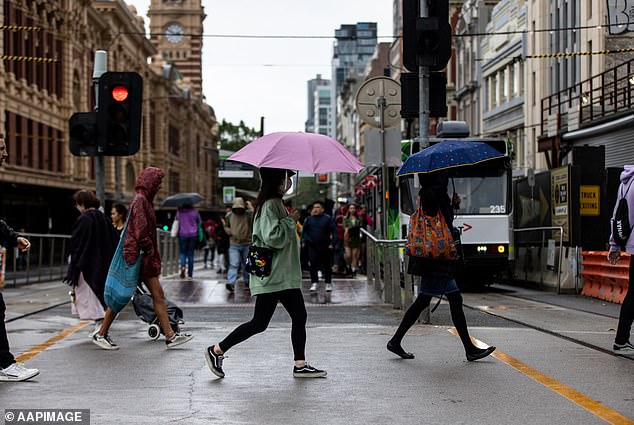 Melbourne (pictured) continues to see a post-winter chill, with a top of 23C on Sat and 26C on Sun 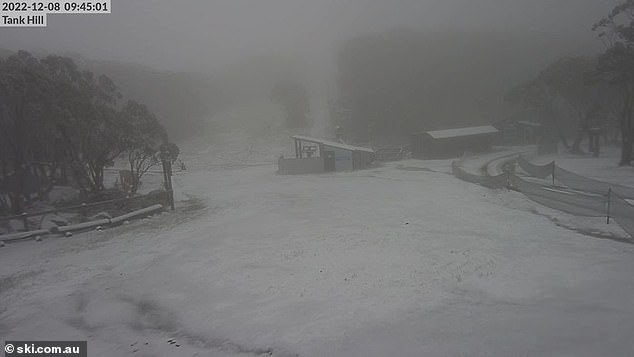 Winter continues to hang around in Victoria, with Australia’s lowest ski resort Mount Baw Baw hitting a low of -2.5C just after 7am on Thursday morning.

Sydney will be quite mild on Saturday with a top of 23C, warming up on Sunday to high 20s.

Heatwave and fire danger warnings are available on Weatherzone and the Bureau of Meteorology.