The 55-year-old company says it has decided to trim its name down to just two letters to signal its new focus on overall wellness and not just dieting.

WW’s revamped app, for example, will offer tips and meditation and give out rewards for tracking meals and exercise.

‘We have a mission: to inspire healthy habits for real life—for everyone,’ the world-famous weight loss company said in a tweet Monday announcing the change. ‘We’ll always be the global leader in weight loss. Now we’re becoming the world’s partner in wellness.’

What’s in a name: Weight Watchers has decided to trim its name down to WW to focus on overall wellness and not just weight loss 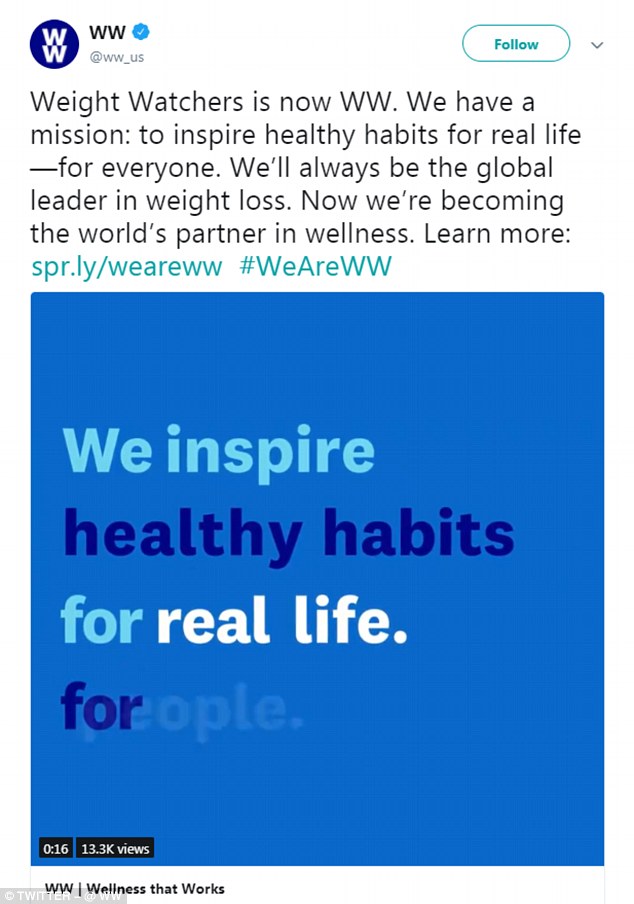 Recently appointed WW President and CEO Mindy Grossman, formerly of HSN, drove the message home during her appearance on the Today Show this morning.

‘We will never abdicate our leadership in the best healthy eating program for weight loss in the world, but we can be some much more today,’ she said.

WW has seen a rise in subscribers, helped by a 2015 investment by Oprah Winfrey.

The media mogul paid $43million for a 10 per cent stake, joined the company’s board and has appeared in commercials promoting her weight loss. Earlier this year, Winfrey sold a portion of her shares.

‘The role WW can play in people’s lives goes far beyond a number on the scale,’ Winfrey said in a press release announcing the company’s renaming. ‘As Weight Watchers becomes WW, I believe we will continue to inspire people not only to eat well, but to move more, connect with others and continue to experience the joys of a healthy life.’ 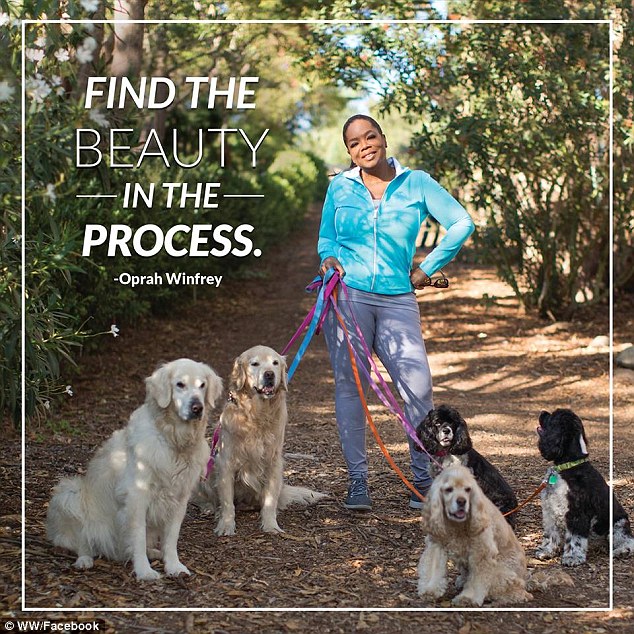 Celebrity spokeswoman: The company got a major boost in 2015, when Oprah Winfrey bought a 10 per cent stake in Weight Watchers and joined its board

WW had 4.5 million subscribers at the end of June, a 28 per cent increase from the same period a year before.

The company has been making efforts to draw more male subscribers. To that end, it has partnered with actor Kevin Smith and musician DJ Khaled, naming them ‘social media ambassadors.’

The New York-based company says users will see changes to its app starting next week.

The late Jean Nidetch founded the dieting program in the early 1960s in her apartment in Queens after struggling with her weight throughout her life.

By 1963, Nidetch’s meetings, which emphasized personal responsibility and physical activity along with a fish-heavy diet, outgrew her apartment. As Nidetch’s program and meetings became ubiquitous, she became a celebrity.

Weight Watchers was purchased by H.J. Heinz Company in 1978. The company was later acquired by Luxembourg-based Artal Group S.A. and taken public in 2001.

Academy Award winner Jennifer Hudson and former NBA star Charles Barkley were among the millions of members who shed pounds through the program. The pair went on to star in the company’s TV ads. 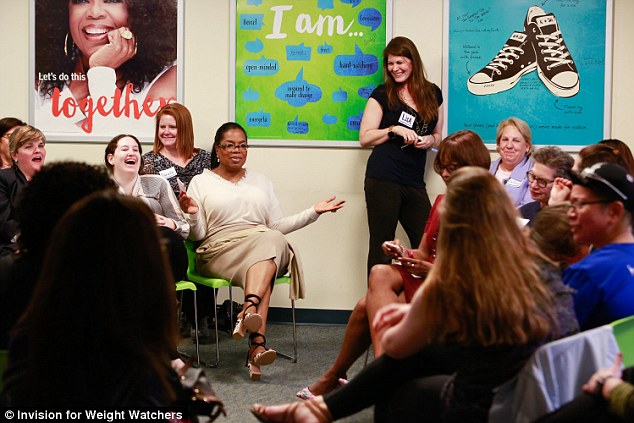 Earlier this year, Winfrey sold a portion of her shares but continued her involvement with the company (pictured at a Weight Watchers meeting in New York in 2016)