The Weinstein Company declared bankruptcy months after its co-founder, Harvey Weinstein (above), was accused of a litany of sex crimes by scores of women

The Weinstein Company still owes money to a long list of creditors, including a motley crew of celebrities like Malia Obama and Robert De Niro.

The company filed for bankruptcy in a Delaware court on Monday.

A copy of the bankruptcy filing was obtained by Deadline.

According to documents, The Weinstein Company still owes money to businesses that were involved in day-to-day operations as well as charities and other entertainment entities.

But the court filing also lists the names of celebrities who are also due a check.

Malia Obama famously interned at The Weinstein Company, beginning an apprenticeship at its New York City office shortly after her father, Barack Obama, left the presidency in early 2017. 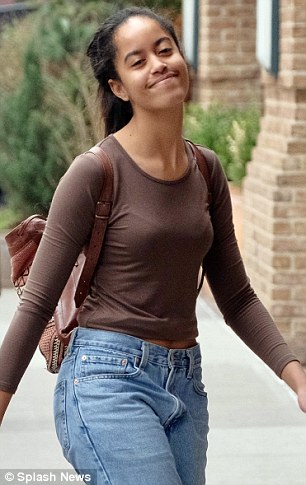 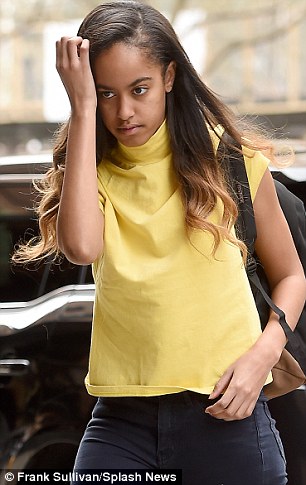 The Weinstein Company still owes money to a long list of creditors, including a motley crew of celebrities like Malia Obama (above), who famously interned at the firm’s New York offices last year The then-19-year-old, who went on to enroll at Harvard University this past fall, was reportedly more than just the average intern who gets coffee for staff.

Obama was ‘ensconced in the production/development department’ where she was assigned with ‘reading through scripts and deciding which ones move on to Weinstein brass,’ TMZ reported.

The studio also said it was immediately releasing accusers from non-disclosure agreements which Weinstein had used to silence them, allowing women to speak up without fear of retaliation. 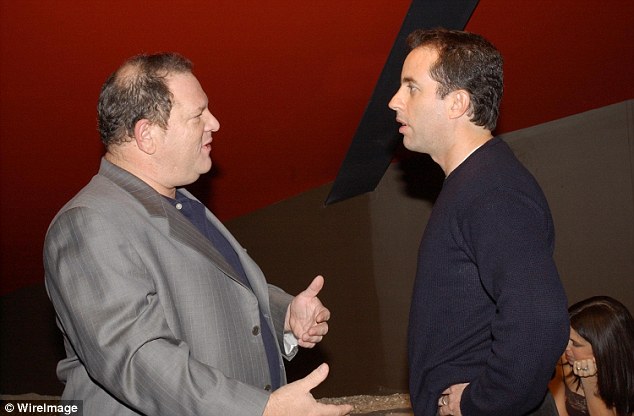 ‘Even as the company heads into bankruptcy, the company remains committed to doing whatever it can to maximize value for its creditors and… continue its pursuit of justice for any victims,’ it said.

The company announced a ‘stalking-horse’ agreement – an initial bid on a bankrupt company’s assets from an interested buyer – with the affiliate of a Texas-based private equity firm.

Lantern Capital Partners will purchase assets – subject to conditions and approval from a bankruptcy court in Delaware, it said.

Weinstein’s brother and company chairman Robert said the board was ‘pleased to have a plan for maximizing the value of its assets, preserving as many jobs as possible and pursuing justice for any victims.’

Lantern co-founders Andy Mitchell and Milos Brajovic said they intended ‘to reposition the business as a pre-eminent content provider, while cultivating a positive presence in the industry.’

The New York-headquartered film studio has teetered on the brink of bankruptcy since Weinstein’s career went down in flames last October.

On Monday he welcomed the agreement to release victims and witnesses from non-disclosure agreements as ‘a watershed moment for efforts to address the corrosive effects of sexual misconduct in the workplace.’

‘My office will continue to fight for victims’ best interests throughout the bankruptcy proceedings,’ he added.

‘We welcome the parties’ efforts to preserve jobs and pursue justice for victims.’

Weinstein had steered numerous films to Academy Awards glory including The Artist, The King’s Speech and The Iron Lady.