A woman selected to serve on the jury of the Harvey Weinstein sexual assault trial has written a book described on her website as being about ‘predatory older men’.

The juror, however, when questioned by defense attorney Damon Cheronis while being considered for the panel Friday, did not specifically use those words, according to Page Six.

Instead, the woman, whom DailyMail.com is not identifying, said of the book which is slated to be released later this year: ‘It’s about parents and teenagers.’

Film producer Harvey Weinstein exits Manhattan Supreme Court during his sexual assault trial Friday. He was seen mouthing the words, ‘Wow. Wow,’ when a juror who who wrote an upcoming book described as being about ‘predatory older men’ was selected for the trial 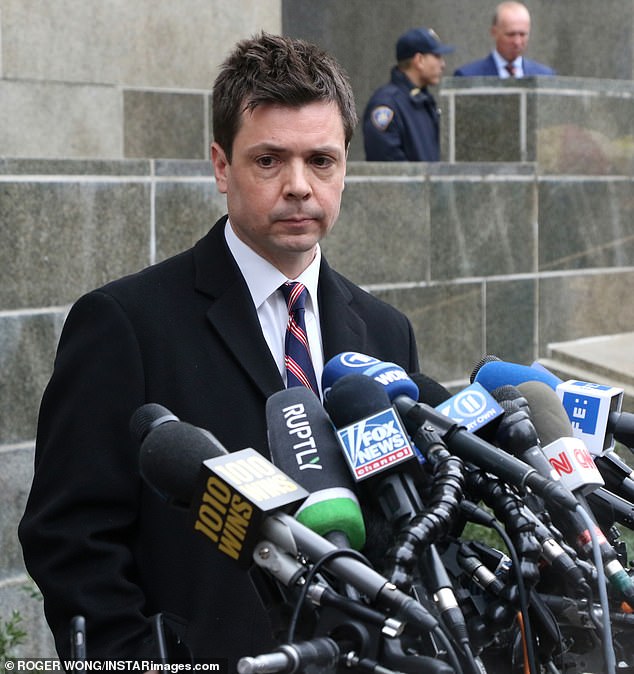 Attorney Damon Cheronis, who is on the defense team in Harvey Weinstein’s sexual assault trial, questioned the juror about her upcoming book, and she responded, ‘It’s about parents and teenagers’. He requested she be removed from the panel

When asked specifically if it was about ‘predatory older men,’ the juror responded that the three girl characters, ‘have some relationship with an older man, but it’s not a predatory situation at all’.

Page Six reports that Cheronis asked the juror if the book had anything to do with the ‘sort of individuals who may … be involved with older men that may be considered predatory?’, to which she said, ‘No’, contradicting her website’s description.

The juror’s questionnaire, filled out in her consideration for the panel,  only hints at the book under a hobby section, calling it ‘novel writing’.

Rotunno accused the juror of lying on the questionnaire, and added that she left out details that would be helpful to the defense.

When the jurors stepped away, Cheronis asked that the woman be removed from the panel.

Assistant District Attorney Joan Illuzzi-Orbon disagreed she had lied, saying her characterization was, ‘precisely what this book is about’, according to Page Six.

Judge James Burke ruled against a ‘challenge for cause’ from the defense, allowing the woman on to the jury.

Weinstein could be seen mouthing the words, ‘Wow. Wow.’

Both he and his defense team shook their heads in Manhattan Supreme Court, as there was nothing more they could do to block the juror. The defense already had knocked out 20 potential panelists, under the court’s rules for ‘peremptory challenges,’ which require no reason for rejecting a juror. 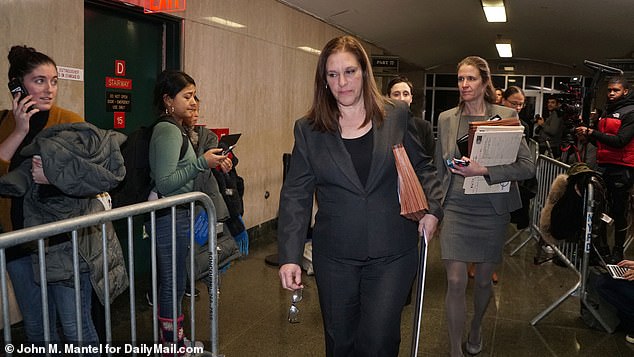 Assistant District Attorney Joan Illuzzi-Orbon (pictured), however, argued the juror’s response about her book was ‘precisely what this book is about.’ Judge James Burke ruled against a ‘challenge for cause’ from the defense, allowing the woman on to the jury 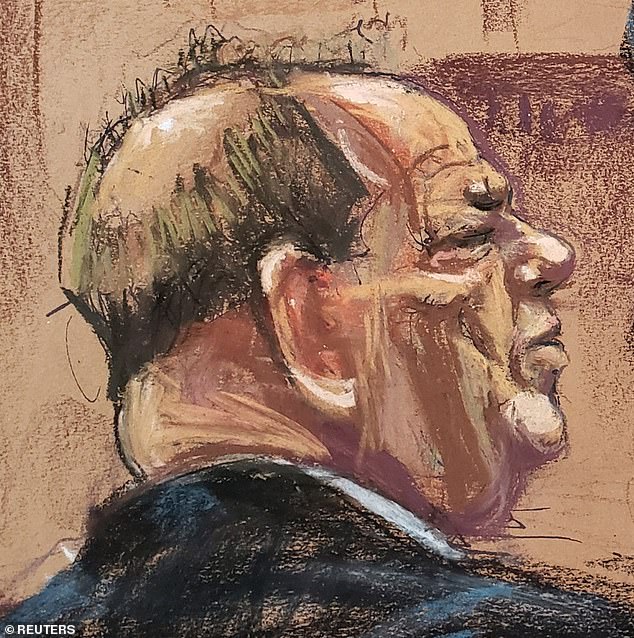 Weinstein (pictured in a courtroom rendering) could be seen mouthing the words, ‘Wow. Wow,’ when the woman was allowed to stay on the panel. Both he and his defense team shook their heads as there was nothing more they could do to block the juror

The legal teams whittled their choices from 142 jurors down to 12 who will serve on the panel and six who will be alternates.

The 67-year-old former studio boss is accused of raping a woman in a Manhattan hotel room in 2013 and sexually assaulting another in 2006.

The charges and other allegations that arose from the #Metoo movement have toppled Weinstein, who is behind such Oscar winners as ‘Pulp Fiction’ and ‘Shakespeare in Love.’

He has said any sexual activity was consensual.

Opening arguments are scheduled for January 22. 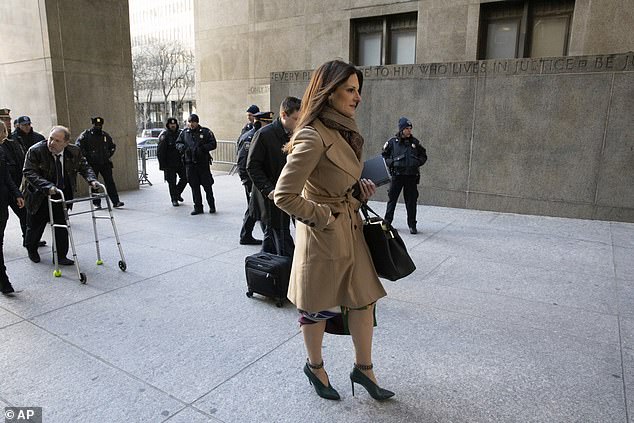 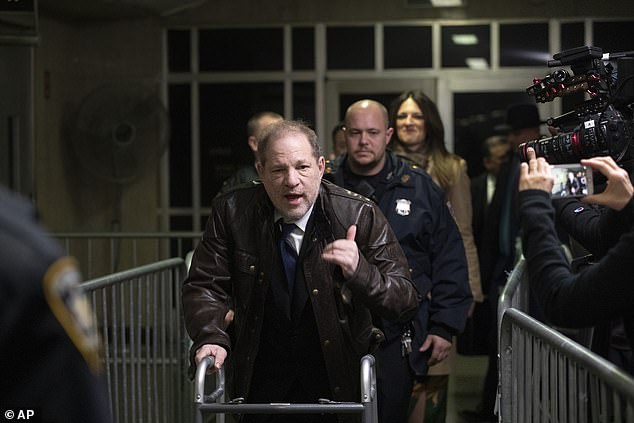