Weird and wonderful facts from team behind TV’s QI

Did you know that people who read books live longer than people who don’t? Or that Chuck Berry had a degree in hairdressing? Or that covering buildings with olive oil protects against acid rain? These are just some of the weird and wonderful facts in a new book, compiled by the team behind the QI TV series. Here is a selection of the best…

Did you know that people who read books live longer than people who don’t? These are just some of the weird and wonderful facts in a new book, compiled by the team behind the QI TV series. Here is a selection of the best…

The Commons Speaker John Bercow has a cat called Order.

Fish can see 70 times further in air than in water.

U.S. President George H. W. Bush’s dog Millie was credited as the author of a book (about a day in the life of the White House) which was on the U.S. best-seller list for 23 weeks.

Octopuses spend three per cent of their time tidying.

Because of the way their eyes are positioned, pigs can’t see the sky.

It would take 23 bales of straw to break a camel’s back.

A group of ladybirds is called a ‘loveliness’.

The average British garden contains more than 20,000 slugs and snails.

Cats have whiskers on their front paws as well as their faces.

An Essex egg farmer massively increased his output by playing BBC Radio 2 to his hens for 15 hours a day.

Every year, the world’s spiders consume more food than whales. 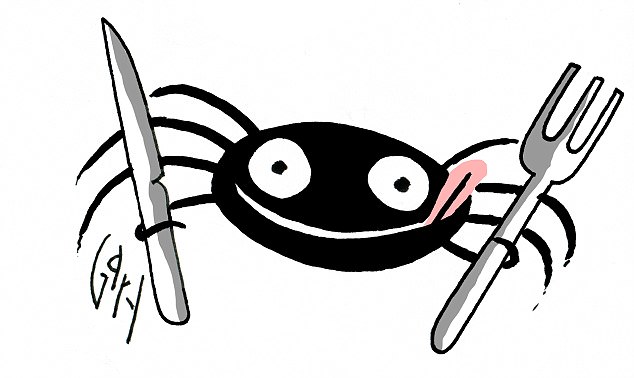 Every year, the world’s spiders consume more food than whales while your lips are 1,000 times more sensitive than your fingertips and 15 per cent of the air on the New York subway contains human skin

Your lips are 1,000 times more sensitive than your fingertips.

Your brain dries out as you age.

Swearing uses a different part of the brain to other speech.

15 per cent of the air on the New York subway contains human skin.

A competition in South Shields in 1991 for a lookalike of the footballer Paul Gascoigne was won by a teenage girl.

English-speakers can learn French in half the time it takes to learn Welsh.

Scientists can tell how old you are from the fingerprint smudges on your phone.

1 in 100 Britons are born with a tiny hole in the flesh at the top of their ears — a hereditary birth defect called a preauricular sinus.

The human body produces a gallon of mucus a day.

If a Formula One driver puts on 11lb in weight, it can add 0.2 seconds to their lap time. 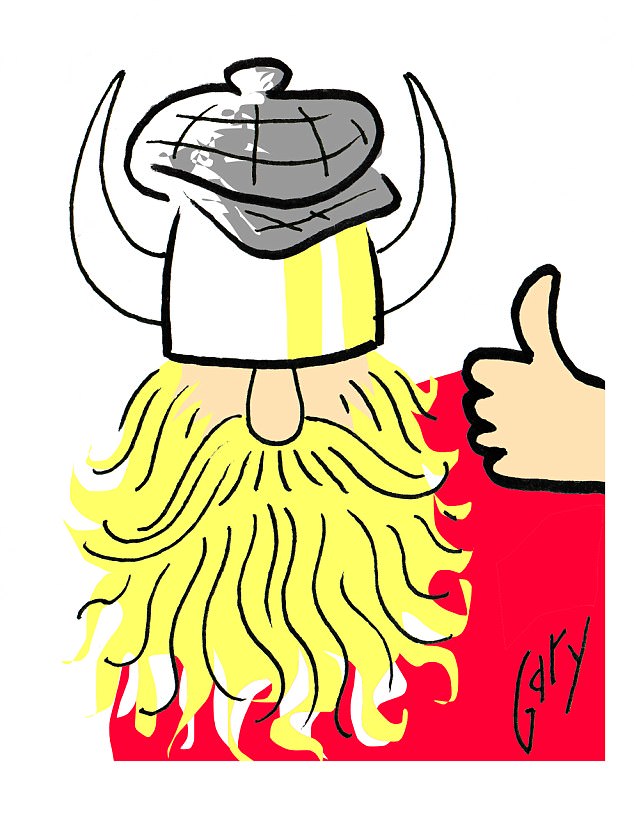 The Yorkshire greeting ‘eh up’ was originally used by Vikings while it is illegal to sell Stilton cheese made in the village of Stilton. (This is because Stilton has Protected Designation of Origin status and can only be manufactured in Nottinghamshire, Derbyshire and Leicestershire — whereas the village of Stilton is in Cambridgeshire.)

A beer tap on an aeroplane would dispense only foam. As the compressed gas that normally propels keg beer is banned on board, it would just foam up in the cup.

It was so cold in England in January 1205 that wine and ale froze and were sold by weight, not volume.

The British eat more onions than the French.

Sniffing milk to test its freshness rather than going by the sell-by date would save 100 million pints a year.

Donald Trump presses a red button on his desk when he wants the White House butler to bring him a Diet Coke.

Vanilla is more expensive than silver.

A theist is someone who is addicted to tea.

The wine in a £5 bottle of wine is worth 47p (the rest goes on the cost of glass, labelling, transport, tax etc).

Golden Delicious apples have almost three times as many genes as people.

The chocolate on a Hobnob is on the bottom of the biscuit, not the top.

All British Army units since 1945 have been equipped with tea-making facilities.

In the 18th century, a St Kilda islander in the Outer Hebrides would eat up to 18 seabirds a day.

The McDonald’s Filet-O-Fish was created to sell to Roman Catholics who couldn’t eat meat on Fridays.

60 per cent of people eating chocolate rabbits bite the ears off first.

Before turkey was adopted, the traditional British Christmas meal was a pig’s head and mustard. 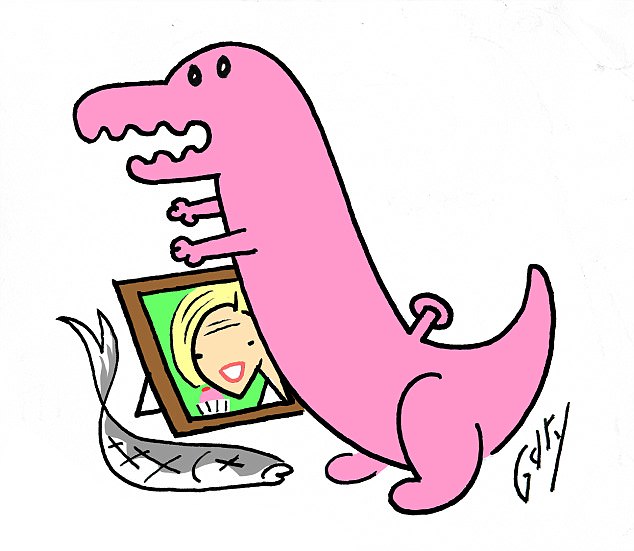 Items left on British trains by passengers include a 6ft-tall inflatable dinosaur, a dead fish and a framed photo of Mary Berry while Iceland has more volcanoes than footballers and the Orkney Islands are as close to Norway as they are to Aberdeen

35 tornadoes are reported in Britain each year.

Iceland has more volcanoes than footballers.

There are more trees on Earth than stars in the Milky Way (three trillion and 100 billion respectively).

1 per cent of all the timber sold in the world is bought by IKEA.

The Orkney Islands are as close to Norway as they are to Aberdeen.

The photons (particles which transmit light) hitting your retina right now were passing the planet Mercury about five minutes ago.

Only 2 per cent of British households had a fridge in 1946.

United Airlines had ‘men only’ flights — serving steaks, brandy and cigars — until 1970.

When the Titanic first hit the iceberg, passengers — unaware of impending disaster — played football with the bits of ice that fell on the deck.

The first British plan to put a man on the Moon was made by Oliver Cromwell’s brother-in-law, the scientist-theologian Dr John Wilkins, in 1640.

The Yorkshire greeting ‘eh up’ was originally used by Vikings.

In 1973, the entire Internet consisted of only 43 computers.

The first typewriter was called ‘the writing harpsichord’.

The British Library keeps its collection of over 60 million newspapers in an airtight room with low oxygen so they can’t catch fire.

The words ‘girl’ and ‘boy’ appear only once each in the Bible.

The most misspelled word in English is ‘separate’.

September, October and November are not mentioned in any of Shakespeare’s works.

Author Roald Dahl’s school report said: ‘I have never met anybody who so persistently writes words meaning the exact opposite of what is intended.’

In China, the Julia Roberts-Richard Gere movie Pretty Woman was renamed ‘I Will Marry A Prostitute To Save Money’. 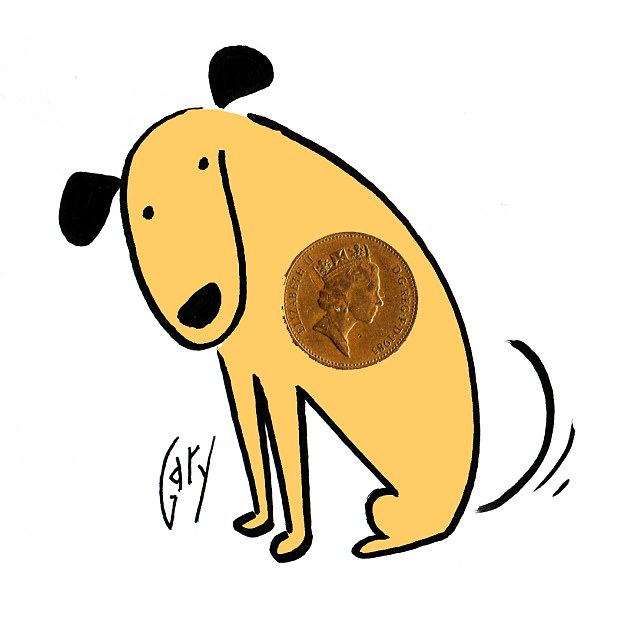 U.S. President George H. W. Bush’s dog Millie was credited as the author of a book (about a day in the life of the White House) which was on the U.S. best-seller list for 23 weeks while the money spent on Christmas presents in the UK could fund the NHS from Boxing Day to 12 February

The average person has sex 5,778 times in a lifetime.

A 17th-century Scottish tax on having sex out of wedlock was called ‘buttock mail’.

40 per cent of working Britons have less than £100 in savings.

The chief economist at the Bank of England, Andrew Haldane, has never owned a credit card.

The money spent on Christmas presents in the UK could fund the NHS from Boxing Day to 12 February.

80 per cent of the world’s gold is yet to be found.

IF you have £1,785 of savings, you are richer than half of the world’s population.

During World War II, Women’s Institutes played a game of blindfold ‘Pin the Moustache On Hitler’. Also it was illegal to post knitting patterns abroad in case they contained coded messages.

It will be another 500 years before the Somme is free of explosives.

In Britain during World War II, there was a threefold increase in bigamy.

During World War II, British pilots carried chocolate bars infused with garlic in case they were shot down and needed to make their breath smell French.

During the 1914 Christmas truce, German troops put up a sign that said: ‘Gott mitt uns’ (‘God with us’). A cheeky British sign in response read: ‘We got mittens, too’.

There are as many Russian agents in London today as there were at the height of the Cold War.

45 per cent of British families with children communicate by text even when they’re all at home.

The UK has four times as many people aged over 100 as it had 30 years ago.

British children can be held responsible for crimes from the age of 10, but can’t own a goldfish until they’re 16.

The total number of passengers on all the world’s largest cruise ships is bigger than the population of the City of London.

30,000 linen napkins a month are stolen from Jamie Oliver’s restaurants.

Items left on British trains by passengers include a 6ft-tall inflatable dinosaur, a dead fish and a framed photo of Mary Berry.

On average, people will wait six minutes in a queue before giving up and going away.

Britons use the winking emoji twice as often as any other nationality.

More than 200 drivers in Britain are at least 100 years old.

The average person spends 375 days in a lifetime folding laundry.

The most common job in the UK is ‘manager’.

1 in 5 British households own a vinyl copy of The Beatles’ Sgt Pepper’s Lonely Hearts Club Band.

Shell used to sell shells (the business began in 1833 with antiques and oriental shells). Lamborghini started out making tractors.

Diners spend £2 more per head if a restaurant plays classical music instead of pop.

Jeremy Clarkson’s The Grand Tour on Amazon is the most illegally watched TV show ever thanks to streaming.

The CIA Museum in Langley, Virginia, is not open to the public.

Only 1 per cent of people who buy marmalade are under the age of 28.

A clock’s second hand is really its third hand.

IKEA sofas have Swedish names, its rugs have Danish names and its beds have Norwegian names.

The Famous and their habits

Pop singer Ed Sheeran can fit 55 Maltesers into his mouth.

Tony Blair wore the same pair of shoes for every Prime Minister’s Questions for ten years.

Venus Williams has spent more than a year of her life at Wimbledon. She first played there as a 17-year-old in 1997 and lost in the final this year.

The dead Famous and their habits

When Winston Churchill got really angry, he would throw his false teeth across the room.

Surrealist artist Salvador Dalí’s moustache was set at ten past ten, like the hands of a clock.

The Queen Mother’s funeral was rehearsed for 22 years.

The King of Rwanda lives in a terrace house in Manchester.

In the first two years of his reign, Henry VII spent £3 million on clothes.