‘We’ll turn them back’: Donald Trump’s immigration czar Ken Cuccinelli says there’s an absolute limit to how many persecuted Christians can come into the U.S. and bristles at ‘alleged question’ about it

Donald Trump’s immigration czar said Friday that persecuted Christians are only welcome in the United States if their numbers aren’t more than a strict cap set this week on refugees.

Ken Cuccinelli, the acting director of U.S. Citizenship and Immigration Services, also said that if desperate religious refugees try to enter the country and make asylum claims – a separate process from refugee application – his agency will ‘absolutely not’ let them in.

‘We’ll turn them back,’ Cuccinelli told DailyMail.com during a brief exchange with reporters on the White House’s north driveway.

He emphasized that people who run up against the new refugee caps, ‘if they haven’t tried to claim asylum in a country they’ve come through,’ would have no practical option to legally gain entry into the U.S.

Ken Cuccinelli, Acting Director of U.S. Citizenship and Immigration Services, told DailyMail.com on Friday that only 5,000 persecuted Christians and other victims of religious oppression will only be allowed into the U.S. next year as refugees, and his agency would turn back others who claim asylum at the border 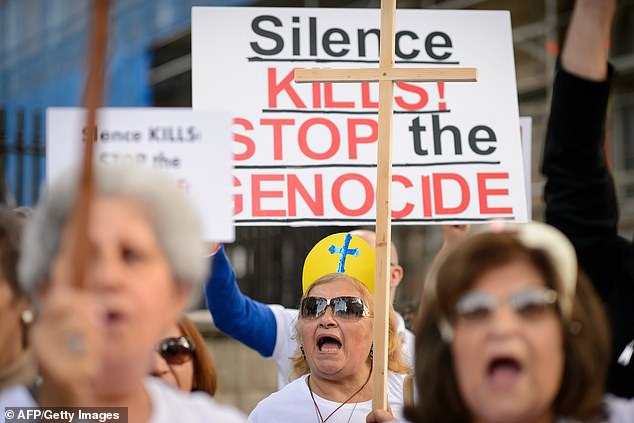 Demonstrators in London protested in 2014 against persecution of Christians in Iraq, demanding a safe haven to save them from ISIS genocide 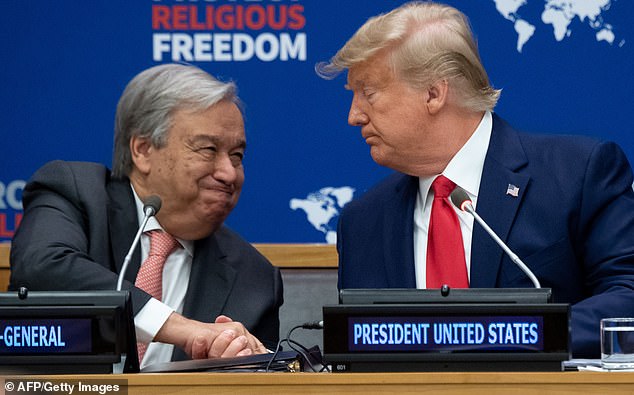 President Donald Trump spoke Monday at a United Nations event on religious freedom, saying that protecting it ‘is one of my highest priorities’

The Trump administration on Thursday that only 18,000 refugees will be admitted to the U.S. during the 12 months that begin October 1.

And 5,000 of those slots will be reserved for refugees who are victims of religious persecution.

An agitated Cucinelli said the overall refugee cap of 18,000 would include 7,500 ‘catch-all’ spaces that could include religious refugees.

But once the cap is reached, he confirmed, people who want to come to the U.S. to escape religious oppression won’t get in. 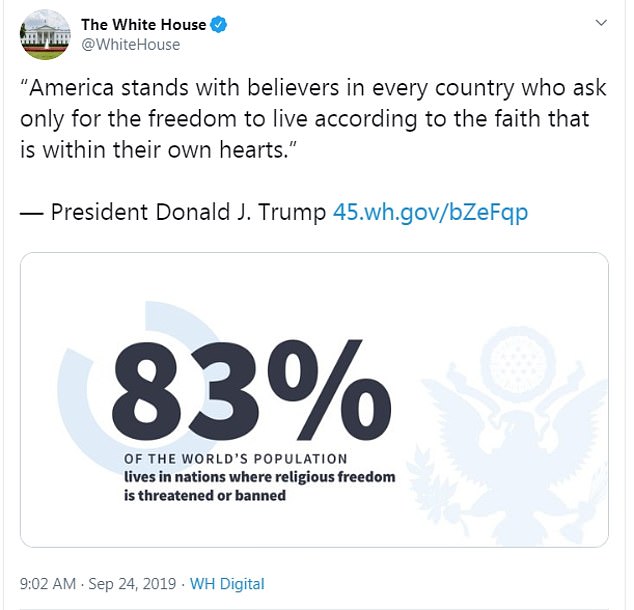 The White House tweeted this on Monday, even as immigration officials were putting the finishing touches on refugee admission limits 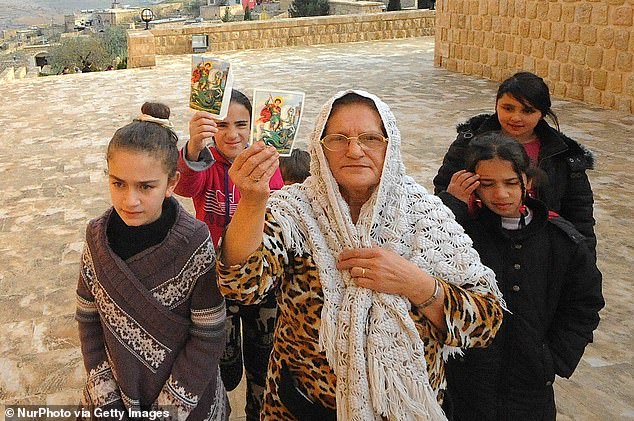 Dozens of Syrian refugees have been living in part of the church grounds in Eski Kale Kuyu in Turkey, arriving from elsewhere in the Middle East after fleeing for their own safety

Cucinelli boiled at DailyMail.com’s questions about whether those people could find themselves without a country.

‘I take issue with how you ask your alleged question,’ he said, calling it an ‘accusation.’

As Cucinelli walked away, DailyMail.com walked alongside him and asked whether some persecuted Christians ‘can’t get in at all.’

A press aide scoffed: ‘Your anger is quite apparent’ as she hustled him away.

President Trump spoke on Monday at a United Nations event highlighting persecuted worshipers around the world.

‘As president, protecting religious freedom is one of my highest priorities,’ he said in a keynote speech.

Trump cited statistics showing 80 per cent of people on Earth live in nations where religious liberty is restricted or threatened.

‘When I heard that number I said, “Please go back and check it because it can’t possibly be correct”,’ he said. ‘And sadly it was 80 per cent.’