Wellington brothers out for a morning dive come across huge squid

‘That’s a whole heap of calamari’: Brothers on their way for a morning dive stumble upon monster squid

Three brothers out for a morning dive in Wellington made an unexpected find when they came across a monster 4.2m long giant squid.

Daniel, Jack and Matthew Aplin were driving along on a track near Red Rocks on the city’s south coast when they came across the massive beached cephalod.

The brothers said they had come across sharks while on their diving trips but had never seen a squid of that size.

Diver Jack Aplin (pictured) was with his three brothers searching for a diving spot on Wellington’s southern beaches on Sunday morning when he came across a monster 4.2m long squid

Jack Aplin said he and his brothers got a tape measure out to find out the size of the squid after they came back from diving.

Unsure who to notify of their unlikely find, the trio eventually decided to contact NIWA (National Institute of Water and Atmospheric Research) who arranged to have the squid collected.

A Department of Conservation spokesman said the specimen was likely a giant squid – which he said are ‘not common but not rare’. 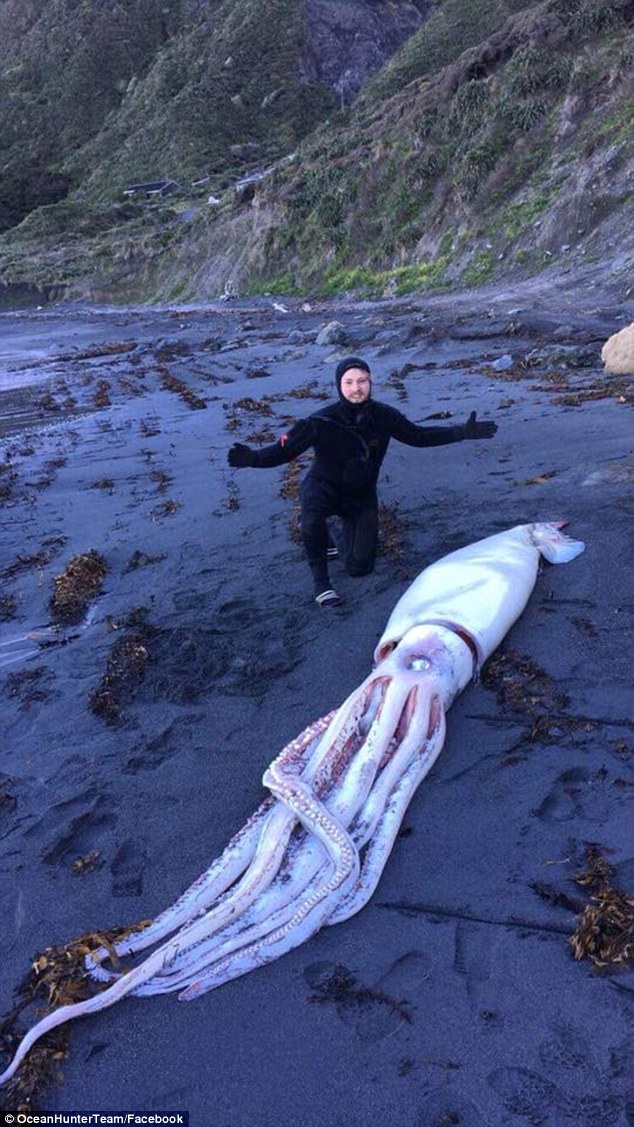 Matthew Aplin (pictured) and his brothers were not sure what to do with their giant discovery – and eventually called NIWA (National Institute of Water and Atmospheric Research), who arranged to have the squid collected.

One said: ‘That’s a whole heap of calamari’

Another added: ‘People worry about sharks. Bugger seeing that in the water.’

Others compared the brothers’ find to the colossal squid held at Te Papa – the  Museum of New Zealand in Wellington – where a 5.4m colossal squid is on display.

One commenter on the Ocean Hunter Spearfishing & Freediving Specialists Facebook page, where the photos were uploaded, joked about the amount of food the squid could provide

Another said the sight of the 4.2-metre long squid in the water would be more terrifying than encountering a shark

Other commenters on the Facebook thread said the massive find on the south Wellington beach was even more impressive than the squid specimen held at the city’s Te Papa museum – which measures 5.4m in length

One commenter said: ‘This is significantly more impressive than the Te Papa squid.’

Another even added that the discovery looked ‘bigger than the one in Te Papa’.

The squid ended up bringing the trio good luck – who ended the day’s diving with a bag full of paua, an edible sea snail, and butterfish. 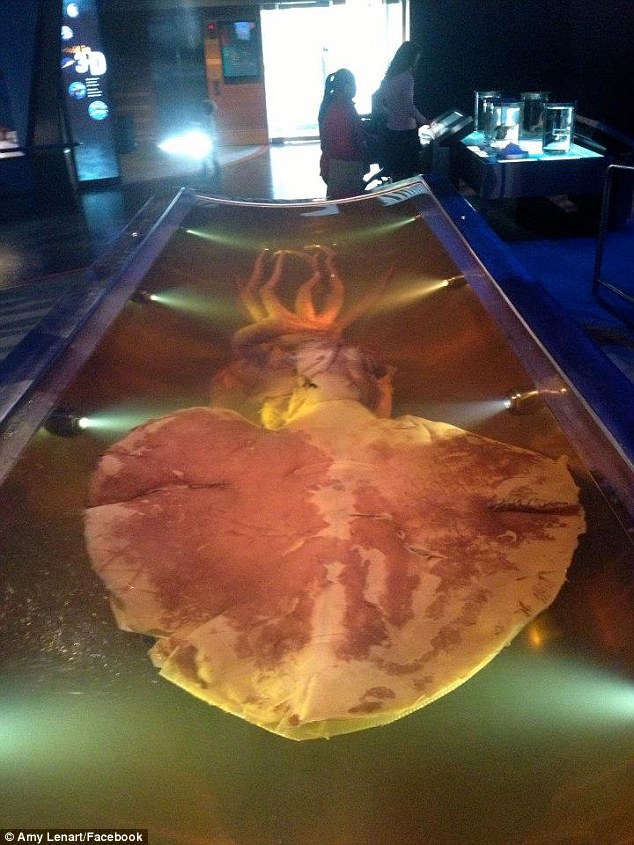 Some commenters on social media compared the giant squid to the 5.4m-long colossal squid on display at Wellington’s Te Papa museum