A table tennis prodigy who will be one of the youngest athletes to compete in this year’s Commonwealth Games has revealed the brutal training methods used by Chinese coaches.

Anna Hursey, 11, will represent Wales at this year’s event in Australia and previously spent time practicing at an elite camp in China to hone her skills.

She said she would spent six hours a day in gruelling regimes and added it almost killed her love for the sport.

Anna Hursey, 11, pictured, is going to the Commonwealth Games to play table tennis for Wales and has revealed how brutal training regimes in China can be 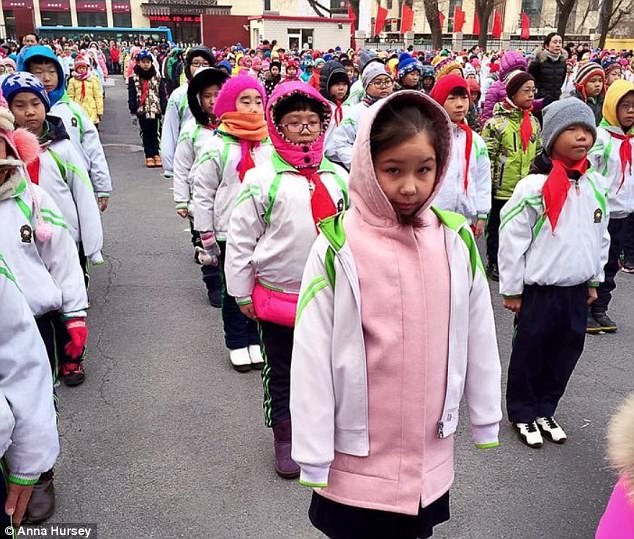 The youngster spent six weeks at a camp and school in China, pictured, and said players who missed shots would be beaten with a racket, although she escaped such treatment 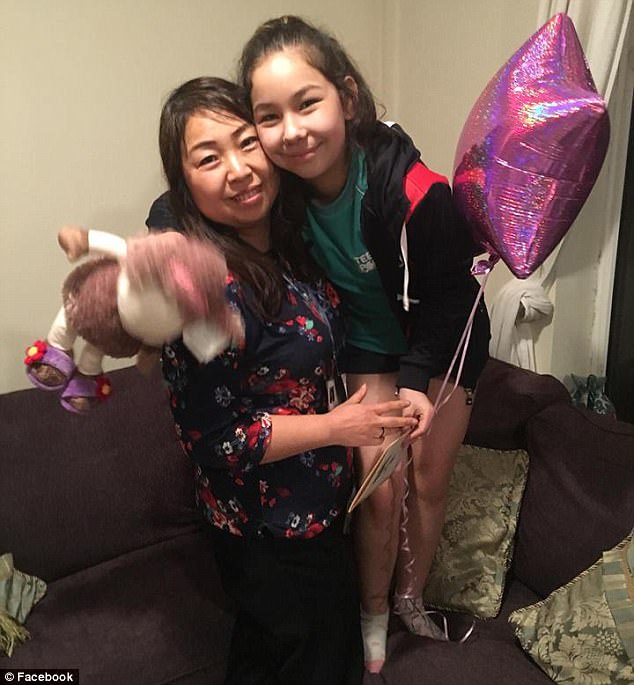 Anna’s mother Phoebe, pictured with her daughter, is originally from China and took her daughter there to experience the high intensity training from top coaches 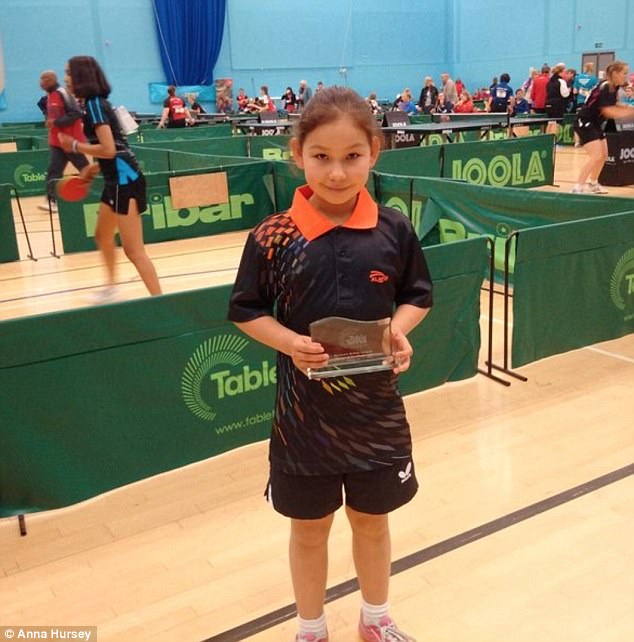 Anna, pictured, has been beating adult players since age nine but says she is not feeling the pressure ahead of the games in Australia

Anna, who is also targeting a place at the 2020 Olympics in Tokyo with Team GB, added children who missed shots would be beaten with rackets in harsh punishments.

She told the Radio Times: ‘It was a bit scary because if you get something wrong, they just, like, hit you. Not me, though.

‘I felt really sorry for my friend because when she missed the ball, they’d use the bat handle to whack her hand as punishment. Yet when I missed it, they were, like, “Oh, that’s OK”.’

Anna lives in Cardiff with her father Larry and mother Phoebe, who is originally from China, and practices on a £27,000 table.

The Asian country has a strong history in the sport, winning 28 Olympic golds, and Mrs Hursey took her there to give her experience of elite training.

Mrs Hursey, who told The Times she first took her daughter to table tennis at a leisure centre in Swansea when she was four years old, said she took six weeks’ unpaid leave to take her daughter to China because she wanted her to train with better qualified coaches. 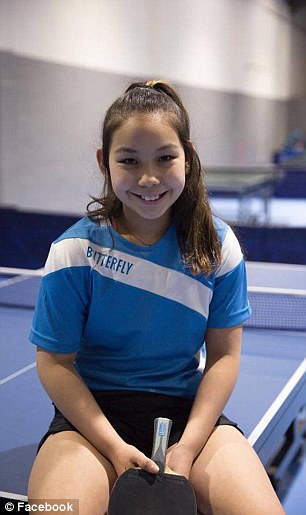 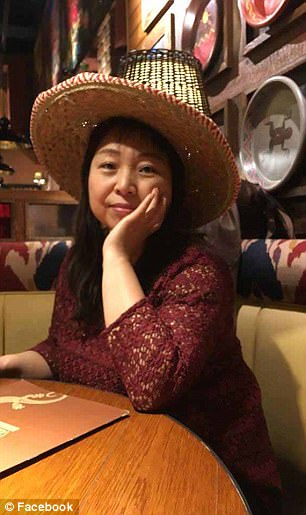 Mrs Hursey, right, has been taking Anna, left, to table tennis since she was four 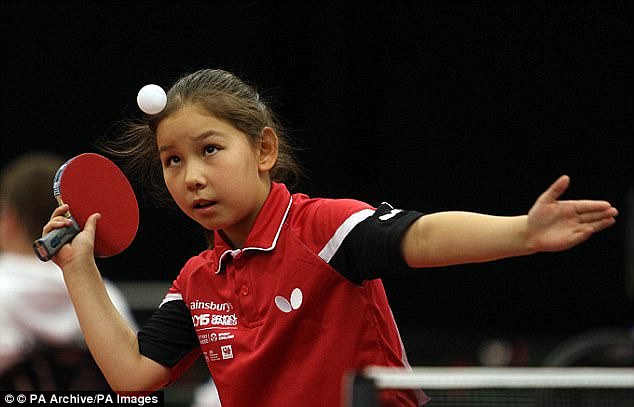 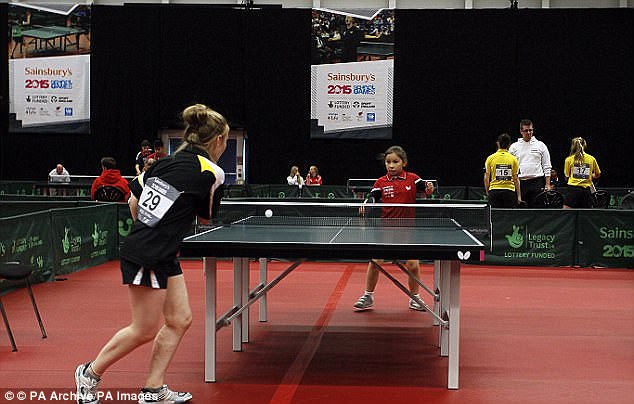 Anna, pictured in action against an older player, said the Chinese training camp ‘almost killed’ her love for the game and she prefers the ‘more relaxed’ coaching in the UK

She added: ‘I wanted to do something for her so I took six weeks’ unpaid leave and took her to China because I knew there’d be coaches available.’

Anna has gone from strength to strength since returning and has been defeating adult players since she was nine, while she first beat her father at age seven.

The youngster said she is unsure if she will be able to win a medal but wants to ‘try as hard as I can and enjoy myself’.

She previously revealed she experienced a ‘big jump’ from playing at club level to international level and even had to miss school.

Anna said: ‘At first I was having fun in clubs, but then I got picked for Wales and started playing in competitions and it is a big jump. Sometimes I go to the gym and practise hard, and sometimes I miss school for competitions.

‘I play about three hours a day after school and sometimes I go out running with my dad. I feel proud of myself for getting picked but I don’t feel that nervous – when I am there I probably will be.

‘I think I have a really good mindset, you can’t give up when you are losing or you won’t get better.’