The Wembley pitch has been likened to ‘Hackney Marshes’ even before the NFL clash between Jacksonville Jaguars and Philadelphia Eagles.

The match on Sunday afternoon at the national stadium takes place over 24 hours before Tottenham host Manchester City in the Premier League.

The centre of the pitch, according to a photo taken by J.P. Shadrick, who works for Jacksonville Jaguars, is cut up with sand covering the burnt areas of the grass.

George Alexander, a Manchester City fan, tweeted: ‘Would have been better playing at Hackney Marshes! I don’t understand why there was not an attempt to play the game at Arsenal or West Ham.’

There has been some suggestion that the state of the pitch will prevent City from playing their crisp, attacking football.

City defender Aymeric Laporte has dismissed concerns about the pitch. 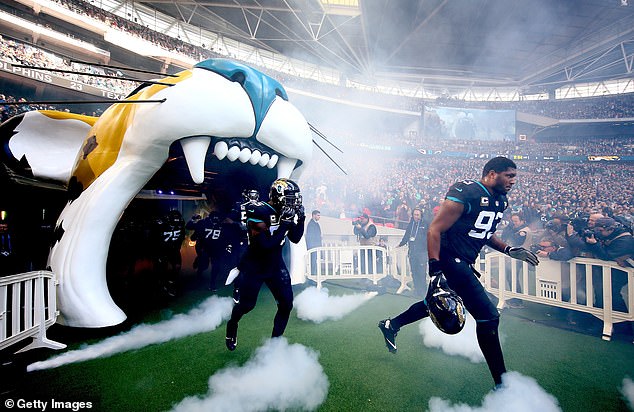 Laporte said: ‘I don’t think it will affect us. We will concentrate on ourselves and that is the most important thing. The pitch is the same for both teams.

‘It will be a difficult match for us. All the matches in the Premier League and the Champions League are difficult.’

The pitch has been in a poor state after Anthony Joshua’s fight with Alexander Povetkin earlier this month. 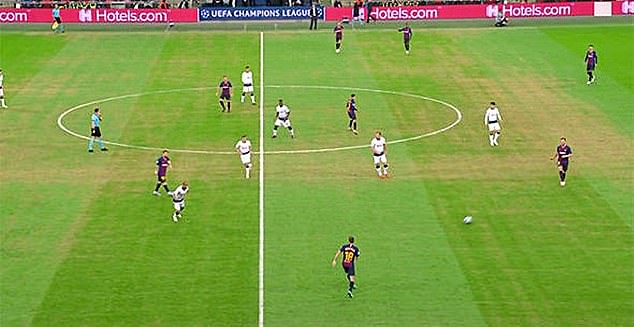